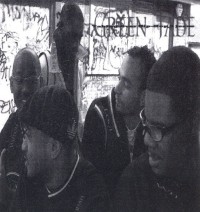 One of the most powerful TV appearances in recent times were KMA Reveal and The Prodigal Son performing their song "Grace" on the Midlands TV programme Soul Music. The Prodigal Son, born David Ellis in Balham, Sarf London, was raised in Nottingham, due to his parents splitting up when he was three.

By the time he was 16, David - then known as Lil' D - was showing promising signs as a musician and songwriter. He founded a swing beat group called Coinside, for which he wrote songs and also performed as a rapper. After Coinside disbanded in 1992, he continued to write material for some other groups. This continued until October 10, 1993: the day an old friend of his led him to Christ.

"I used to get dragged off to Sunday school when I was younger, and it wasn't something I liked at all," he recalls. "To hear my friend talking about this change in his life was a shock, because he was one of these people - like myself - who used to smoke weed on a regular basis. He had many girlfriends, and he was up and down the country doing all kinds of things. But I could see a transformation, even in his appearance: his countenance had completely changed. We talked for about five hours. I said to him, 'If God is really real, then you pray with me right now and prove God to me.' I expected him to back off or give me some excuse, but he said, 'Fine,' put his hand on me and prayed, I'm not a guy who cries easily, but I broke down."

After becoming a Christian, David decided to hook up with his friend (who went by the stage name Humble Soldier) to form a rap group, the Prodigal Sonz. "There weren't that many gospel rappers back then," he says, "and the Church didn't know what to do with us. We performed in a church once, and only one person clapped!" In 1995, the Prodigal Sonz went their separate ways. "Humble Soldier went into computers - which he's doing very well at - and after a year off, I decided to go back into ministry rapping. I did a lot of work with the Shekinah sound system."

Four years later, George Dyer (event promoter and father of Raymond & Co's Raymond Dyer) decided to take The Prodigal Son under his wing, after hearing his demo CD 'No Weed'. "George attended my church, so he knew me - but he didn't know what I did," says Prodigal. "He saw my performance a couple of times; he liked it, and he asked me to come onto his label, Gideon Promotions." Under George's guidance, The Prodigal Son has gone on to do support slots for the likes of Kirk Franklin, Fred Hammond, Papa San and Dawkins & Dawkins and his album debut is expected shortly.

"We originally chose the name 'Prodigal Sonz' because we felt it described us and our vision," says Prodigal. "My ministry's aimed at non-Christians and Christians who've backslidden, just as the Prodigal Son left the family home and went on his own way, but eventually came back. None of that has changed." 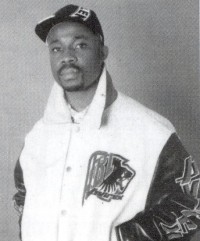 One of the better known London posses, Green Jade have been a hip hop crew since 1992 -albeit not a Christian one. "It started off as a dance troupe called Poetic Justice," explains group member Patrick, aka Practical Wizdom. "It attracted more and more people, and by the time I joined in 1995, it was a hip hop crew of about 25 people, with different groups within it. I joined with my own group.

"We were a conscientious group of MCs, all searching for something. We looked into Islam; we looked into various things - we really were just seeking knowledge. Then in 1995, we invited a Christian pastor - the pastor of a friend of ours who'd recently become a Christian - to come and speak to us. Over the course of 1995, 14 of the 25 gave their lives to Christ. We wanted to go out ministering immediately, but our pastor gave us some good advice: 'Before you do anything, get to know the Lord.'"

By 1996, the now Christian Green Jade was down to five core members: Judah Racham the Instigator (the leader of the group), Wei the Keeper, Logikal the Thinker, 3rd Son and Practical Wizdom. "Green Jade was the name we've had since 1992 - and for some reason, it just stayed," says Practical. "It stayed through all the changes we went through, even though it was only a banner name. In 1996, when we started ministering, God gave us revelation as to what the name really meant. Green represents rebirth and rejuvenation; jade comes from the old English term 'jaded,' meaning someone who's of disrepute or has lost their use or purpose. Green Jade is the rebirth or rejuvenation of someone who's lost their sense of purpose - in other words, born again."

One major influence on Green Jade's work and image is their fascination with the martial arts. The combination of Kung Fu and hip hop is nothing new; it's made stars out of the Wu-Tang Clan and Parappa the Rapper. (Never heard of him? You're obviously not a Playstation fan, then.) "Wei has a serious love of Kung Fu movies which is shared by the rest of the group - and which, in a way, is where the name Green Jade came from," says Practical. "We're very much into our Kung Fu flicks, and always have been. It's just something we've always been into. The basis of a lot of Kung Fu is honour. It's about fighting injustice, whether someone's master's been killed, or something along those lines. There's also a lot about discipline, about having to learn and being tutored - all concepts we can identify with."

Practical describes the group as currently being "in a time of prayer and practice." "We know what our vision is," he says. "It's not something we're letting out right now, but we're intending to continue moving things forward - both going into the Christian and the secular realm, We've been on internet hip hop radio stations; we've got to know a lot of the secular hip hop promoters, we're playing their clubs and generally making inroads into the secular arena, where our ministry is. We feel it important that we go back to the people we used to be - and they're in the hip hop clubs. The future is to go on with that, and to take it to a higher level."