Britt Nicole: Saying it starts the healing from parental divorce

Tony Cummings reports on the life and music of America's "next big thing," BRITT NICOLE 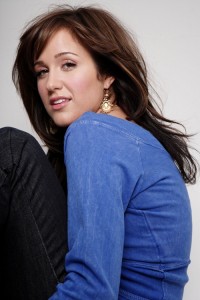 Few new American artists have created such a stir in recent times as Britt Nicole. Her deliciously catchy "Holiday" is currently a Cross Rhythms radio winner while more than one US critic have predicted Nicole will be the "next big thing." The 22 year old singer/songwriter's 'Say It' album with some dazzling production touches from Tedd T and Double Dutch is a high class item mingling upbeat pop with pensive ballads. Britt spoke to Cross Rhythms' Jonathan Bellamy about her particular music melange. "My album is a pop record but it's different! When people hear 'pop', especially from a female artist, they think bubble gum pop or something like that. But 'Say It' definitely has a different sound to it - it has some hip-hop influences, it also has a little bit of a reggae influence and also some rock, so it's kind of like a pop, rock, hip-hop kind of record. I tried to find a way to bring everything that I like into my sound and who I am as an artist."

So who would be a typical Britt Nicole fan? "I don't necessarily like to narrow it down to guys or girls or a certain age. I think that a lot of the people who relate to my music are definitely young girls because I'm singing about things that I've experienced and things that I've gone through and so definitely they can relate to the music. But I know that I have just as many guy fans as I do girls so I think that my music goes out to everybody and relates to everyone but I definitely feel that I am called to youth and I hope to minister and speak into their lives."

The 'Say It' title track Britt penned with Cindy Morgan, Jason Ingram and Tedd T is among the young artist's favourites. "We were talking about how as people, we tend to live in the past a lot or in the future," she said. "We rarely live in the NOW and God is in the now. It's about living in the moment. That's really the message of 'Say It'. From now on, every second of every minute, I'm living in it." 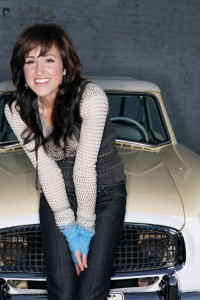 Britt spoke about her background. "I grew up singing in church - my grandfather's a pastor - in North Carolina. I grew up singing in the little choirs and then with the youth group and all that stuff. When I graduated from high school, I was actually planning on going to Belmont University in Nashville, Tennessee, to study music. But really that wasn't God's plan for my life. I heard the Lord speak to me and say 'Stay home.' I really didn't understand why and what that meant but I ended up not going to college and staying home and signing with an independent record label out of North Carolina. I did two independent records with them and have been an independent artist for the last five years. I've been doing music for most of my life - my mom sings with a Southern gospel group and my brother leads worship and plays guitar. So we're all kind of a musical family."

This singer/songwriter explained how she came to be signed to Sparrow Records. "I'd visited Nashville two and a half years ago and started working with songwriters and different producers and knew then that God was calling me to Nashville. I went to Sparrow when I first moved here and played some music for them. They really liked it but they felt that I needed to develop as an artist and so I continued to write and work with different producers. Then I did a showcase for Sparrow a year ago and at that point they were ready to sign me. So it was an honour and really exciting."

On her album, Britt shares from personal experiences, such as her parents' divorce when she was only seven years old. The moving "Don't Worry Now" is a song that Britt explains actually healed her personally through writing it. About the painful memories of the divorce she said, "Even at seven I still knew what was going on. Obviously I couldn't understand everything but I knew that my parents weren't getting along and I knew that something wasn't right. I grew up being a daddy's girl so when I found out that my father was going to have to move out and I was only going to see him every other weekend that was heart-breaking for me. I know that my parents never actually sat us down and said, 'Hey this is what's going to happen and this is why,' and I think that's maybe why I didn't come to terms with the divorce for so long, because I never had any clarity as to what actually happened and why it happened. I would encourage parents to share with their kids things that are happening in the family, things that are going on." 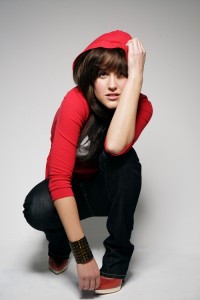 Britt explained more about her healing. "I moved to Nashville when I was 19 and my parents were divorced when I was seven. All through high school and even after high school I continued to hurt and to feel bitterness and confusion about the whole thing. I didn't know that I had unforgiveness in my heart but I was at a church service one day and God showed me that there was a lot of unforgiveness towards my parents, where I was just holding on to the hurt and the pain. God was saying, 'You have to let go of it, you have to forgive.' When I did that I ended up writing the song 'Don't Worry Now'. God used that song to really set me free and bring healing into my own life. It brought me joy and it's kind of reminded me that God is control and I don't have to worry. I can just trust him. I really began to experience a true peace and a true joy that I had honestly never experienced in my life, even growing up in church and growing up as a Christian."

Britt's willingness to deal with such painful issues as divorce are bearing fruit in her ministry. She said, "Over 52 per cent of us are dealing with divorce! I go to a lot of youth groups and festivals where there are a lot of kids who have grown up in church and all that but they're dealing with things like that, whether it's a divorce or self-cutting or things like that. There are a lot of issues that the youth and we as Christians experience that the Church is reluctant to talk about. For our part we don't just come out and say, 'I want to be honest and say that this is a weakness of mine and it's something that I'm struggling with,' or, 'I'm struggling to forgive this person because they hurt me.' That's why I called the record 'Say It!' - I want to be honest and to say the things that I deal with and I struggle with. I don't want to try to look perfect, I want to be real! I think with doing that, people are going to be able to relate to my music and they're going to be able to find healing and restoration in their lives because I'm being honest about something that I struggled with."