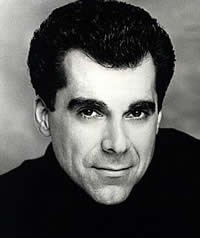 1986
CARMAN - "Bethlehem"
From the album 'A Long Time Ago. . .In The Land Called Bethlehem', Benson
It must be admitted that Carman is something of a Marmite artist. But love him or loathe him, few can deny that his ability to weave powerful narrative and theatrical drama into biblical themes, such as on this track, is unique in CCM. 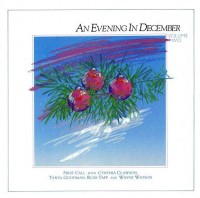 1987
FIRST CALL with TANYA GOODMAN - "It All Began In Bethlehem"
From the album 'An Evening In December Vol 2', Dayspring
The live 'An Evening In December' album catapulted First Call (then Marty McCall, Bonnie Keen and Mel Tunney) from session work anonymity to CCM stardom. Like its predecessor, Vol 2 displayed stunning acapella harmonies and with the country tones of Southern gospel's Tanya adding to the appeal. 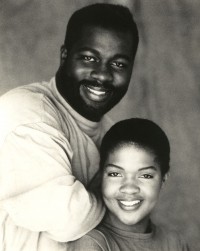 1988
BEBE & CECE WINANS - "Silent Night Holy Night"
From the various artists album 'Christmas', Sparrow
There have been so many lachrymose recordings of this much loved carol that this soulful reading by the Detroit brother and sister seemed positively revolutionary when it first came out. A slinky soul production put to a German hymn shouldn't really work. . . but it does. 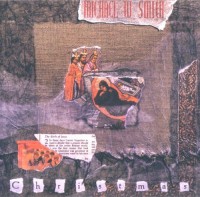 1989
MICHAEL W SMITH - "Lux Venit"
From the album 'Christmas', Reunion
The CCM star's first Christmas project and his first dalliance with classical music produced some stunning tracks, none more so than this song, written by Smith, Amy Grant and Bev Darnall. A boys choir and the Nashville Festival Orchestra add majesty to a beautiful song with the Latin lyrics of the chorus giving it a transcendent atmosphere. 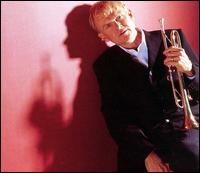 1990
PHIL DRISCOLL - "A Star Is Born"
From the album 'The Spirit Of Christmas', Dayspring
Imagine how Otis Redding and the Memphis Horns would have sounded if they had ever recorded a Christmas song. An original penned by Phil, his blue eyed soul voice brings out all the soul power of an exceptional Stax-style pastiche. An unheralded classic.

1991
LUMEN CHRISTI - "A King Is Born"
From the single "A King Is Born", Independent
This Midlands-based gospel group were extremely short-lived though their ranks contained two much experienced singers in Bobby Woods and Maxine Simpson (of the Majestic Singers). This catchy song, penned by Woods, was an unsuccessful stab at the pop charts. 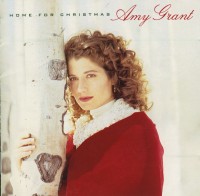 1992
AMY GRANT - "Breath Of Heaven"
From the album 'Home For Christmas', Myrrh
There have always been plenty of recordings of Chris Eaton's "Breath Of Heaven" down the years but this version from Amy even outdoes Sir Cliff. A haunting arrangement and a moving vocal on one of the best post war Christmas songs. Nashville CCM has seldom sounded better. 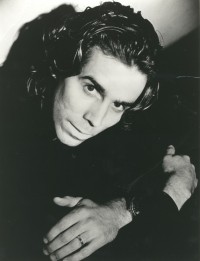 1993
CHRIS LIZOTTE - "Angels We Have Heard On High"
From the album 'Blues For The Child', Frontline
An intriguing release indeed, producer Lanny Cordola brought together a fine bunch of musos, none more so than the hugely underrated blue eyed soul man Chris Lizotte. Here he breathes gutsy passion into the traditional French/English carol. 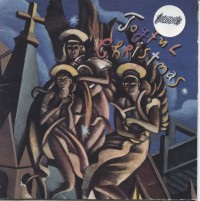 1994
DC TALK - "We Three Kings"
From the album 'Joyful Christmas', Forefront/Columbia
An extraordinary mix of mainstream (Nancy Wilson, Peabo Bryson) and Christian (Eddie DeGarmo, Commissioned) singers on this various artists project but it was dc Talk with this clever rearrangement of the old yuletide chestnut that caught the ear. 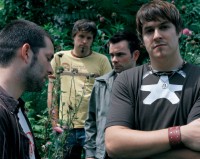 1995
JARS OF CLAY - "Drummer Boy"
From the EP 'Drummer Boy', Essential
Many will only know Bing Crosby's rendition of this sentimental saga of the drummer boy destined to play his drums for the infant Jesus but this haunting rendition with Dan Haseltine singing with passion and poignancy is the only version you will need to hear. 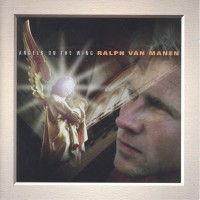 1996
RALPH VAN MANEN - "Mary Did You Know?"
From the album 'Angels On The Wing', Ecovata
For our money "Mary Did You Know?', written in 1991 by comedian Mark Lowry and harmonica virtuoso Buddy Greene, is the finest Christmas pop song of the post-war years and this magnificent version by Dutch CCM talent Ralph is the definitive version. 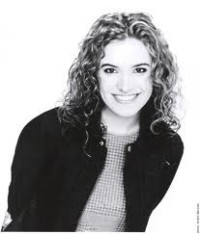 1997
REBECCA ST JAMES - "Silent Night"
From the album 'Christmas', Forefront
Let's be candid, this German carol, beautiful though it is, has become one of the most over recorded songs in record history but here, thanks to some soaringl y emotive singing from Rebecca and a riveting production from Tedd T, it sounds completely fresh. 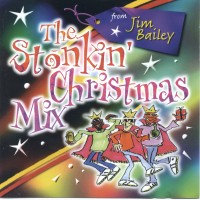 1998
JIM BAILEY - "Joy To The World"
From the album 'The Stonkin' Christmas Mix', Kingsway Music
10 square children's Christmas albums are as scarce as hen's teeth but here, thanks to Mark Edwards' pumping programming, Britain's talented children's minister brought dancefloor rhythms to the proceedings. Handel will never sound the same again.

1999
VIVA VOCE - "God Rest Ye Merry Gentlemen"
From the various artists album 'Happy Christmas Vol 2', BEC Recordings
A brilliant arrangement utilising a coy girl vocal interspersed with blasts of savage rock riff make this one of the cleverest rock makeovers of a carol ever undertaken. Portland, Oregon's mainstream band Viva Voce are still going and this track occasionally turns up on Cross Rhythms Radio as a much loved yuletide oldie.