Selling a parcel of magazines around your church and friends may not seem a very important activity. But as Tony Cummings reports, the CROSS RHYTHMS AGENTS carry out a vital function. 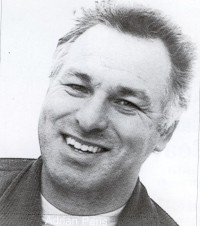 Malcolm West doesn't look like a Christian music radical. Yet this 50 something, follicly challenged security man is a passionate advocate of Christian music who is doing a tremendous amount to spread the news of CCM. He is a Cross Rhythms Agent, distributing a batch of the magazines and new music samplers among friends and contacts near his Staffordshire home. Malcolm sees the bi-monthly task, not as an onerous chore, but an opportunity to serve in ministry. Contemporary Christian music, Malcolm believes, can be a huge aid to evangelism and the building up of Christians. "The Bible tells us to keep our minds set on things above and there are few better ways of doing that than listening constantly to Christian music. It amazes me how many Christians you meet who have a regular diet of Radio One or telly soap operas and then wonder why they're struggling in the Christian life. The Cross Rhythms tapes - it's a CD now of course - are a tremendous way of hearing new Christian music. And I find the extracts of preachers and John Smith really uplifting."

Malcolm has been a Cross Rhythms agent for nearly two years. Under the agency scheme, Cross Rhythms offers a 40 per cent discount off the cover price to its team of Agent volunteers dotted across Britain, giving them the chance to make a few pounds or to use the discount in other ways. Malcolm is unusual among the agents in that he uses the price discount to buy a substantial number of Cross Rhythms to give away! "I give magazines to various people at church who've yet to discover the music and the magazine," explains Malcolm. "I also give magazines away to non-Christians I know who are keen on pop music. I see Cross Rhythms as a great evangelism tool. There are non-Christians that I know who wouldn't be interested in taking a tract but because it's a music magazine and it comes with a music programme they're really pleased to receive it. I've even been able to give a copy to a hitch hiker who said he was enjoying the music -I always play the Cross Rhythms Experience in the car - and he was knocked out when I gave him a magazine."

Agent Adrian Paris takes 16 copies of each issue of Cross Rhythms and finds "no difficulty" in selling them though he does admit to usually giving out a couple of "free samples" to new potential customers! Adrian is a seasoned music aficionado and with five teenage kids is well up on what is happening in music. It was his involvement with youth at the Colchester Area Community Church, which got service engineer Adrian first interested in becoming an agent. Since then though he finds he's selling Cross Rhythms to all age groups. "My youngest customer is 15, his parents buy it for him and I've also got people in their 30s and 40s who regularly take Cross Rhythms. This is a great time for Christian music. Often it's better than anything in the charts and when they begin to hear it they're amazed at the quality."

As well as being a keen Cross Rhythms agent, Adrian is an avid supporter of the Cross Rhythms festival. "I took the youth group last year and we had a great time before we got rained out." Adrian expects to make the pilgrimage again in 1999 particularly as his favourite band Tony Loeffler And The Blue Angels are playing. "The festival, the magazine, the radio programmes, it's all part of the same things," says Adrian. "It's bigger than music. It's building the Kingdom of God."

Douglas Gowland from Whitley Bay, Tyne & Wear, has been a Cross Rhythms agent for three years. "I discovered the magazine almost by accident. I found an old copy in a Christian bookshop that didn't stock it any more. I enjoyed it. 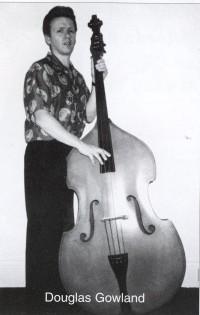 Then I got hold of a more recent copy with a tape and I heard how good some of this music actually was. Music had always been important to me. In fact it was the secular music scene that had originally drawn me away from God so when I came back to the Lord when I was in my 30s I saw how important contemporary Christian music could be."

Douglas sells the magazine at the price he gets them, Â£2.10, and this way is able to keep a healthy agency of 12 copies, he says about his customers, "Many of the people that I sell the magazine to are parents with kids between 10 and 15 years old. I think Christian parents have a responsibility to show their kids that the music they listen to on Top Of The Pops isn't the whole story

Getting kids listening to the World Wide Message Tribe or whatever has the potential of producing spiritual fruit."

At work too Douglas has found that Christian music is a great means of communicating spiritual truth. "I like blues rock particularly and so do a number of people at work. So I can play them Glenn Kaiser or This Train and it gets a very favourable response. If the quality's there people don't mind the lyrics!"

Getting a parcel of magazines/CDs every two months to sell at your church or youth group may not seem the most exciting of ministries. But as Chris Cole of Cross Rhythms explains, magazine agencies are a valuable means of building a viable infrastructure for Christian music in Britain. "People need to appreciate that CCM in Britain is still a tiny market place and it needs grassroots workers to bring in more active supporters. The Cross Rhythms agents are just such workers. At the moment there are major bottlenecks in exposing the majority of Britain's churchgoers to Christian music, particularly of course on the radio. Without radio exposure, most Christians' knowledge of CCM stops with praise and worship. So the magazine - and particularly now the CD - has become a hugely important means of exposing people, young and not so young, to the diversity of today's CCM. Cross Rhythms needs a lot more agents and as just about any reader can become an agent -teenagers, pensioners, church leaders, new converts - I'm hoping the introduction of the CD will draw a lot more people into starting a Cross Rhythms agency."