Cross Rhythms Festival 1999: A report on the festival by some of the artists who performed

We asked eight bands and soloists who played the fest to give us their impressions of what they saw and heard at CROSS RHYTHMS '99.

There weren't the contingent of "big names" this year of course. But then, neither were there the torrential downpours that turned the 1998 Cross Rhythms Festival into a Trial By Mud. 1999 had blisteringly hot weather; an international dimension (artists flew in from Australia, USA, Sweden and South Africa); and a new emphasis that brought ministers and Bible teachers regularly into the large tent spotlight.

It was
It was hearing the people singing louder than the PA during Dave Evans set on Friday night.
It was listening to Land in the afternoon sun
It was watching Chris Clemo in his red Santa hat bopping to the DNA Algorithm
It was being ministered to by Tom, Viola, Mark and the rest of the band late on Friday night

It wasn't the hassle with the PA, or the lack of drum kits
The broken guitar strings, out of tune, etc-
These are incidentals

It was bands working together to serve the festival
The impromptu band sessions, surprise guest artists (you mean you missed all that?)
It was when we broke through. . .

Sometime after 10 am on Saturday morning. Our band was playing out of their skins,
Uninhibited worship, focused on Jesus. Breakthrough.

Most of all, it was later when a lady came up and said 'Thank you for leading us in worship this morning. If I had to go home after that, I'd have been happy'.

Thank you for allowing us to be a part of it.

LAND
The view from the sunset stage was awesome. Worshipping God as the sun goes down over the gorgeous fields of Devon... The best moment for us was when Yvonne announced from the stage that Graeme (one of our percussionists) had just proposed to his girlfriend Carol. Great news! What a lovely place for such a fond memory.

A precious moment was praying with Suzannah Cairi. Many thanks for your time, love and encouragement Suzannah. It was great to see Gary who travelled down from NE Scotland to work as a steward. In the afternoon we sweated away in the Fireworks tent -renamed by us the Hot House! We were so glad after the evening's set to dive into the air-conditioned DJ booth on the Roadshow stage...bliss! What a superb facility this truck/stage is. We pray it will be used mightily by the Lord.

It was so good to see, hear and meet up with other Christian musicians - some of us chatted with Des from YFriday, the guys from Adonai, Danny from DNA Algorithm and most of the guys from Supervision. Our regret is that we didn't get to see more of the other ministries who were there because we had to get most of our team back to Scotland on the Sunday. Th. fellowship was good, God's presence felt and the warmth from the people wandering around the site heartfelt Peace and love. 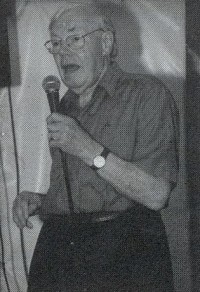 SUPERVISION
Cross Rhythms brought us so much more than the expected promotion and performance opportunity. However, we tried to do those things in style anyway.

All weekend the Supervision merchandise stall was open, giving us many opportunities to speak with and make a whole load of new friends; Tree, Dust, Naked Lyric, MIC, Bush Baby. For us mixing with other Christian bands who have a similar passion to reach the world with their music" and with the same desire to be used by God was a big encouragement - sometimes it feels like we're on our own.

Cross Rhythms really replenished our energy and exposed so many new people (good crowd) to" our music. After all, the words that I sing and the music that we make is a gift from God to reach a generation of pop/music culture who are struggling 1or identity and are far from God. When I get to Heaven I want to be able to say that I used what God gave me. So far we are just on the tip of the iceberg.

I wAs there that year exhibiting my paper colle' montages. It rain almost the whole time. I still have many videos, some dumped down onto Dvd. I was unable to get them to you, dimitri, as you moved from Cornwall. Pray Vivienne and family are well. Love glo