Da' T.R.U.T.H.: A chat with the rapper about Ravi Zacharius, Kanye West and Ephesus 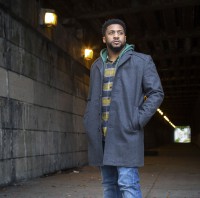 Emanuel Lee Lambert Jr is best known to tens of thousands of followers of gospel hip-hop as Da' T.R.U.T.H. After three albums with pioneering Cross Movement Records, 2004's 'Moment Of Truth', 2005's 'The Faith' and 2007's 'Open Book', the rapper got his breakthrough hit with 'The Big Picture' in 2009. He has subsequently made the US Christian charts and Billboard's Hot 200 with all his albums - 'The Whole Truth' (2011), Love Hope War' (2013), 'Heartbeat' (2014) and now 'It's Complicated' (2016). It's his most recent album, promoted by the highly original means of a social media exchange between the rapper, playing the part of a spiritual searcher seeking answers to hard questions, and the internationally renowned Christian apologist, speaker and author Dr Ravi Zacharius. Here are some excerpts of a conversation I had with the Philadelphia-based emcee.

Tony: So how did the tie-up with Dr Zacharius come about?

Da' T. R.U.T.H: Well, originally Ravi Zacharius had just agreed to be a part of the record because I didn't want to do like your typical sound bite samples of preachers or anything like that. And I knew that the contents of the record lent itself to somebody as brilliant as Ravi Zacharius. I didn't want sound bites on the song "Truth", I wanted it to be organic and I wanted it to feel more like a conversation. By God's grace, I was able to connect with Dr Zacharius and we sat down for an hour and the conversation we had that day, we had that conversation throughout the entire record. So that was really just the original goal, just to get him to be a part of the album. But again by God's grace, I'm completely humbled to say I really kind of hit it off with him and the rest of his team. So he helped me in exposing people to the content and the heartbeat of this record. The goal of it was to really start a dialogue to kind of create a platform for people to start a conversation that many people are afraid to have out loud especially in the Church.

Tony: Had you read any of Dr Zacharius' books and thought, "This is the man I want" ?

Da' T.R.U.T.H.: This is why I say I'm humbled because you know, this is not a thing where I feel like I earned this or this is where I'm supposed to be. I'm supposed to be able to have breakfast with him you know. I grew up on his books like a kid. I was a teenager. Now originally when I first started reading Ravi Zacharius I had no clue what he was talking about. It was way beyond me. Transcendence wasn't in my vocabulary back then. But over time, he became one of my heroes. So for me, man, getting his involvement on 'It's Complicated' is a dream come true. This is literally one of those things that God has done exceedingly and abundantly beyond what I ever dreamed of. And so, yeah, I marvel at this relationship and how he is able to really contend for the faith together. I'm actually considering on going to his school for a little while too.

Tony: Is a lot of modern Christian music weak in doctrinal content?

Da' T.R.U.T.H.: There have been a number of artists over the last five years that have been extremely intentional about being doctrinally sound in their music. Especially people that come from a more reformed theological background. Iin Christian hip hop, all of us who are doing this now stood on the shoulders of acts like the Cross Movement who were, again, very intentional about being theologically sound in their music. So me, Flame, Lecrae, were all raised actually by Cross Movement and they deposited that into us as a core value of sound doctrine. But, there are obviously some artists that: that aren't sound theologically and many, of course, who don't know God. Those kind of intersect. So you do kind of get that from some artists or maybe aspiring artists that haven't been discipled. I find that a lot with those kind of artists; artists that are kind of rogue, not connected. 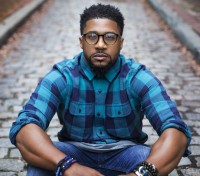 Tony: I am an old guy. When I first heard Christian hip-hop most of it was like dissing the devil.

Tony: On another tack,. I don't know whether it is the fault of Billboard magazine or the fault of the Church leaders or whatever but we've got 'gospel' meaning black artists and we've got 'CCM' meaning white artists and I've never been able to figure it. And strangely, Christian radio is more divided on racial lines than non-Christian radio, which again is a scandal.

Da' T.R.U.T.H.: You are preaching one of my sermons. I started a company two years ago that was intended to focus on what I call hybrid artists; not CCM, not gospel, maybe a little bit of everything - eclectic artists. On one level, who needs another label? Except that there is a need that has to be met. The thing that inspired the label was exactly what you're saying. Just kind of looking at how polarized the gospel music industry is. I talk to people all the time. I say, "In Christian music, in gospel music, there is no Top 40." That is one of the biggest challenges. This is why our festivals look the way they look; this is why festivals are dying. Because there's no Top 40. There's CCM radio, there's quote unquote "Black Gospel" radio. There's the Dove Awards which is 99.9% white, and the Stellar Awards which is 100% black. So we look at our industry and how polarized it is, and like you say, to me it all starts with radio. There are CCM stations; they don't play the K-Love stations, not just music from African Americans, just different music. It's not a black and white thing; it's a cultural thing as well. And gospel radio stations are not playing any white music or any other music. But to me, that is the recipe for death because if genres don't evolve, they die. So, I think that's actually to our detriment and it's very un-kingdom-like. It's very ungodly. It's very sinful. It's rooted in prejudice, it's rooted in biases, we could call it format, we could name it whatever we want. But at the end of the day, as Christians we have a greater responsibility to rise above the status quo and determine what needs to happen rather than trying to determine "Well, if the white soccer mom is 35-50 and listening then we have to play Casting Crowns only." I just think it's sad, but that's why I started my company, and I really hope to be able to be one of the leaders in that kind of creative outlet and a platform for artists who don't fit into those paradigms.

Tony: Tell me a bit more about your company. What's its name and how long have you been going?

Da' T.R.U.T.H.: Well, the original name of the label was Mixed Bag but it now has a sister company that goes by the name of NXT Sound. When you start something new, you get some bumps and some bruises along the way as you're figuring it out. So, last year we ended up starting from scratch, retooling and we divided the company up. It's kind of like we're in the process of starting over. So, I'm the only artist on NXT Sound but on Mixed Bag we have a couple gospel acts so Mixed Bag will probably be your more traditional label in terms of what artists are on there, some gospel acts, some CCM acts. But on the NXT Sound side of the label, you'll have the hybrid artists - those artists that are kind of a pot pourri of different genres.

Tony: Let me float this past you: Cross Rhythms has been going for years. We've always puzzled the American executives and people who come over here because they take a look at our playlist and what we're doing and they say "Well, how come you've got U2 on your play list?" And we say, well, they're Christians. They sometimes sing about the Lord. They sometimes sing about other things. But, can't Christians sing about other things, other than the Lord? And we don't even like the words "Christian music". Because there are only Christians and to me if Christians make music, then that's enough. Once you start putting it into boxes, it limits an artist to what he can sing about and really, I know a lot of artists who write songs about a wide sweep of things. Obviously, everything comes from a godly perspective, hopefully, and we're seeing things through the lenses of being in Christ but surely we should have a broader sweep than trying to pack John 3:16 into every song?