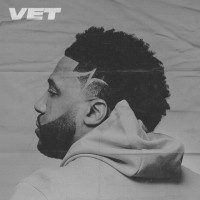 RENOWNED rapper Da'TRUTH has released his first studio project in over two years, "VET". It is the title track of a forthcoming EP series. Read a press release, "Da'TRUTH teams up with fellow veteran and Grammy-nom producer Spechouse, but also brings along Word Records phenomenon Steven Malcolm and upcoming new-school child prodigy, Bookie The Baby." The rapper said in a Philadelphia in-studio interview, "'VET' is a series of projects connecting the veterans and new-school generations. (Much like). . . Kirk (Franklin) took me under his wing and allowed me on the HERO tour. . . (with him and Mary Mary), I am passing on to the next generation what was given to me."