David Baloche: Bringing deliverance from anxiety through the Word 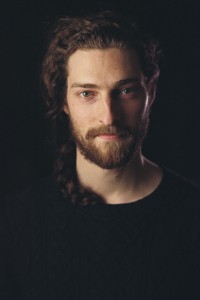 The album 'Labyrinth' by David Baloche has been described as "a new way to experience Scripture." New York-based David, son of award-winning worship leader/songwriter Paul Baloche, has created musical meditations using various translations from the Bible which centre on anxiety and stress. David's haunting musical reflections on texts like Romans 8:38 ("Nothing Can Separate") and Isaiah 40:31 ("Those Who Hope") have gained much praise and the album, the first in a series of Scripure set to ambient music, is selling well. Paul Baloche, the album's executive producer, said, "In an anxious and busy world, 'Labyrinth' is a powerful way to experience God's Word while filling our hearts and minds with his piece through verbatim Scripture set to ambient music. . . allowing us to soak in God's Word."

'Labyrinth' is becoming recognised as an ideal soundscape for use during times of personal and corporate prayer and meditation as David sings God's Word and plays piano, acoustic guitar, clarinet and trumpet. The multi-instrumentalist spoke about the project: "'Labyrinth' isn't an escape; it's an encounter. . . and with God. It is a sonic labyrinth, a song experience to prepare for Scripture and worship, as if to say 'pay attention, headed for something deeper'. Labyrinths are placed outside mediaeval cathedrals to provide the passage from the outer world to the inner sanctum, from the profane to the sacred. They were also placed on the flyleafs of ancient manuscripts to symbolise entry into Scripture, to be the gateway into the biblical text. The labyrinth is the symbolic manifestation of God's command to Moses, 'remove the sandals from your feet for the place on which you are standing is holy ground'."

Paul Baloche spoke about the genesis of the Scripure set to music concept. "It started with my wife Rita and I. I've been a signed writer and artist with Integrity Music for 27 years. I think I'm the last of the dinosaurs, the last one left of all the original songwriters who started with Integrity. In the '90s we did a whole series of albums, we wrote hundreds of songs for a series 'Scripture Memory', verbatim Scriptures set to contemporary music. Anyway, we raised our three kids in Texas and they grew up and went to university. My son's in New York, he graduated from NYU and he teaches speech and debate at a boys high school there. He's a brilliant musician. Rita and I began to talk to him about creating Scripture-based songs set to a contemplative style of music, more modern/ancient, or ancient/modern let's say. He really picked up on the idea. What I've found is that in my son's age, in that 20-something age group, a lot of guys who grew up in charismatic and evangelical churches, have been finding more in their faith through things that are rooted and grounded in tradition, everything from Anglican, Celtic, Catholic, anything that has a liturgy type approach to it or has an historical grounding. It's just an observation of churches around the world that I often see in the 20-somethings today."

Paul continued, "Many Scriptures start off with calming anxieties and fears. And this is what many of us wrestle with the most in our culture. If you go back to King David, 'My heart is overwhelmed, lead me to the rock' and 'Why so downcast oh my soul, put your hope in God', reassuring Scriptures where David and others in the Bible would turn their hearts back to the Lord, that kind of Scripture has a powerful resonance when put to music. I guess on a personal level that one of my children, my son, has picked up this mantle is very encouraging. David understood the importance of addressing anxiety and fear and depression. You know, suicide is one of those things we don't really talk about. But poor mental health and suicide has reached epidemic levels in many places such as Japan and New York. Then there are students who put themselves under so much pressure to perform and be top of the class. An album like 'Labyrinth' has the potential to bring the healing of God's Word into many people's lives. We were a little surprised at the reaction 'Labyrinth' has received. Many artists like Phil Wickham and, gosh, a whole list of them who messaged me privately or even went on their Facebook and said things like 'this album is my favourite so far this year' and 'it's really ministering to my soul'. That has been a confirmation that the album is doing what we hoped it would."