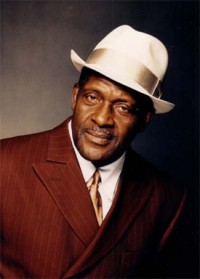 David 'Pop' Winans, who died earlier this month aged 74, was not only one of the founding fathers of American gospel music. He was also the head of the most successful dynasty of singers - of any musical style - in musical history. In all, a staggering 35 Grammy Awards have been won by Pop and Mom Winans, their children and their grandchildren. Born David Glenn on 20th April 1932 in Detroit, David's parents never married and his father denied his paternity. David's mother, Laura Glenn, sang with the Zion Congregational COGIC, but her mother saw to it that David attended Mack Avenue COGIC, where his father's father, Isaiah Winans, was the pastor and recognised the child as his grandson. When David was a grown man, his grandfather asked him to take the family name he was entitled to and at that point he became David Winans.

The girl who was to become David's wife was born Delores Ransom on 22nd September 1934, also in Detroit. Her father was a baker and her mother was a homemaker. Delores was a singer and pianist with the Lemon Gospel Choir. The young Winans was more or less pushed into joining. He remembered, "I couldn't stay at home on a Sunday by myself. My mother knew I would've gotten into something. She pushed me into the choir. Every Sunday I'd sit and look at my watch. Next thing I knew I made up my mind to join the choir. They had a lot of girls in the choir and a young man's going to be impressed!" He was soon particularly taken by the tranquil nature of Delores Ransom, but it wasn't love at first sight. "He wasn't my type," she confided to one interviewer.

David also sang with a gospel quartet, the Nobleaires, very much in the tradition of the Dixie Hummingbirds, the Mighty Clouds Of Joy and the Soul Stirrers. In fact, David was close to Sam Cooke when Cooke was with the Soul Stirrers, before he abandoned gospel and, tragically, the Church to become one of the first great soul stars. "He wanted me to come to bars but I told him I couldn't, because I was church all the way," Winans told the Washington Post.

Delores and David were married on 21st November 1953. David was 19, Delores was 21. The day after their wedding David was laid off his job. "We were young," he said. "We had faith and the Lord supplied the strength. We had to do without a lot, but there were more joys than hard times. The good days out-weighed the bad." The couple moved into his mother's home temporarily. By the time their first child arrived, they moved into a flat and David worked for Chrysler. Over the years, he also drove a taxi and was a barber. Mom was a typist. "I've always had a couple of jobs," Pop Winans told an interviewer, "but through it all it was nice. If I had it to do all over again, I would. We never had problems regarding food or anything. My grandmother was a great inspiration in our marriage. . . She would always tell me the darkest part of day is just before dawn. Don't worry, things will change, and it has. She didn't live to see it, but it changed greatly."

Belonging to a strict Holiness church, Zion Congregational Church Of God In Christ that Pop's grandfather had founded and which taught that birth control was wrong, children came thick and fast. Their first child, David Jr, turned out to be the only one who has not pursued a career in music - he is today an engineer. But the couple then had four more boys, Michael, Ronald, Carvin and Marvin, who demonstrated considerable musical ability. The music they sang was gospel. Hardly surprising as it was the only music allowed in the Winans' house. Said Pop, "I had Sam Cooke's 'You Send Me' and I got rid of it. We were orientated to gospel music and we taught our children nothing but the ways of the Lord. I never let them go to the shows or even to the theatre; I never let them get involved in any other activity but church."

Carvin Winans remembered a house full of music. "Everybody was always singing. We always had a piano. We'd walk through the house humming and harmonising. It was all we did." Pop put his sons through hours of rehearsals. He remembered, "Mom might call, 'Come on down and eat,' and I'd say, 'They ain't comin' yet!'" 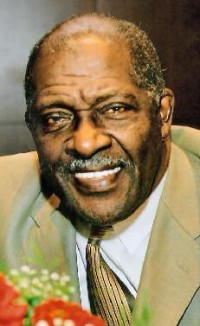 In 1968, Pop started a youth organisation to keep kids off the street. He had 300 kids, 10 Little League baseball teams, a track team and arts and crafts. He was a surrogate father to the community but never failed to be hands-on with his own children. Pop also taught the kids a strong work ethic. Benjamin and Priscilla worked at the Coney Island chilidog stand. They helped him clean a local McDonalds and a Social Security office. It was through these jobs that Mom and Pop were able to raise enough money to finance the Winans's early showcases and their first album.

By the late '70s Michael, Ronald, Carvin and Marvin, calling themselves the Testimonial Singers, recorded a custom album. But it was three years later when the brothers met up with gospel music pioneer Andrae Crouch that the gospel world began to sit up and take notice of the group. Crouch persuaded the brothers to rename themselves The Winans and the group's debut for Light Records, 'Introducing The Winans', was the first of a long line of gospel hits. As they '80s rolled on more Winans hitmakers appeared. Brother and sister Benjamin and Priscilla, renamed BeBe and CeCe, after a spell with the notorious PTL organisation hit big with Sparrow Records. Daniel Winans had some success as a solo and likewise Angela and Debbie Winans also began recording careers. By the next decade the grandsons to Mom and Pop had formed Winans Phase 2 while Marvin Winans Jr launched a solo career and released a CD.

After the entire family had become famous and sang on the Grammy Awards circa 1989, a Sparrow Records executive asked Mom and Pop if they'd record an album for the label. Their CD debut, 'Mom & Pop Winans', was a mix of traditional-styled tunes and synthesized contemporary gospel tracks. It received a Grammy nomination and peaked at number 31 on the gospel album chart in 1990. The album was distinguished by Mom's solo on the laid back jazz number, "He's The One", which showed off her smooth and colourful vocal textures. Their second Sparrow Records project, 'For The Rest Of My Life', featured a slightly edgier sound. It failed to chart but included two pulsating performances on the rocking rendition of "Go Tell It On The Mountain" and the sweaty aerobic workout, "Golden Crown".

The pinnacle of the Winans family success story was 1992 when the One Family World Tour was an unprecedented success with the first family of gospel selling out 40 concerts coast-to-coast. Despite the array of singing talent around them, Mom and Pop Winans still showed they could hold their own. Enthused Los Angeles newspaper The Daily News, "Mom and Pop Winans offered the evening's most surprising performance. While their children performed with restraint, David and Delores Winans performed traditional gospel tunes with fervour, literally growling their devotion to Christ while dancing about the sprawling stage." 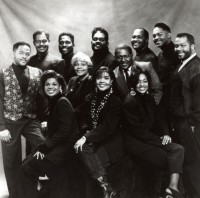 Aside from touring Mom and Pop found time to write a book called Mom And Pop Winans: Stories From Home (FMG Books, 1992). They occasionally would play church convocations, but bit by bit Mom and Pop dropped out of the public eye. Then in June 1999 the veterans unexpectedly returned with solo CDs on Against The Flow Records (owned by Angie & Debbie and Victor and Cedric Caldwell). Angie personally wrote and produced material for Mom's album, 'An Affair To Remember', which was a hymn-like project backed by the London Symphony Orchestra. Pop's album, 'Uncensored', was the polar opposite. It was a funky, bluesy quartet collection that featured Winans Phase 2 on background vocals. His rough, raspy vocals and boundless energy was a throwback to the classic quartets of the 1950s. Pop wrote the jazz ballad "Is There Any Hope?" and the Delta blues-tinged "I'll Always Remember". However, it was Pop's rambling rendition of Sister Rosetta Tharpe's "This Train" that received radio airplay and helped earn the project both Dove and Grammy Award nominations. In 2004, Mom Winans returned to the studio to record the hymn CD 'Hymns From My Heart' on daughter CeCe's PureSprings Gospel label.

After suffering a series of four strokes, seizures and a heart attack, David Pop Winans finally died at the Beaumont Hospital, Royal Oak, Detroit on 8th April 2009. Two memorial services took place at Perfecting Church in Detroit where Marvin Winans is the senior pastor. Said Marvin in an interview with Lee Hill, "Pop was our hero long before anyone knew who we were. My father was not a man that sought the light. He was very humble. And he would rather push us out there than for us to have him out there. There's never been a day that Dad wasn't around. He didn't care for the limelight, he'd rather be at home working on a car that since he decided to work on we knew would never run again. He thought he was a mechanic, he thought he was an engineer. He just loved life and loved doing things. I'm gonna miss his smile, I'm gonna miss his advice, his humour, I'm gonna miss having someone to call and tell on my brothers to. As a pastor and preacher, he was a member of my church and there was no question I was his favourite preacher in the world and when I got up to preach he was so vocal, so animated that I would say a word and he would be right on top of it - 'yeah, yeah, yeah' - and praising God. I'm gonna miss all of that. He was our biggest cheerleader."

David Winans II did and still is in the music business.He was a pioneer in the genre known as Christian Rock.His bands, Xairia, were a staple in the Los Angeles music scene with along with Van Halen, Stryper, Motley Crue..etc. He now heads a band called...David Winans' pi.

Thank you, great article. I was a little late looking up info on Pop Winans' death, and glad to find such a nice detailed and homey article. ;-)

I sure will miss Mom & Pop Winans on the TBN praiseathons. Loved them singing together. When they were not on the last few, I wondered if either of their health was failing. Very sorry to hear of his death. Pop Winans said the Best prayers on those praiseathons.