Eddy Mann: A Pennsylvania-based songsmith creatively active in the Kingdom 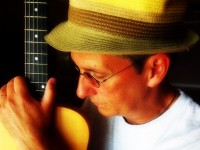 Eddy Mann isn't a name which will be recognised by vast numbers of music lovers. However, this highly talented singer/songwriter who for over 15 years has led worship at the Gloria Dei church in Huntingdon Valley, Pennsylvania has recorded numerous independent albums, his latest being the Americana-flavoured 'Dig Love'. On any weekend you will find this committed songsmith in a coffee house, at a Christian retreat, at a conference or leading worship at his home church. Eddy's ministry has touched thousands of people down the years. Some of his worship songs have spread far and wide and his composition "Unbreakable" has been performed at hundreds of weddings around the world. Yet international acclaim has eluded the teacher, singer and songwriter and after all his years of serving the Lord in song, Eddy still remains a long way from K Love radio play and Dove Awards. But the veteran is completely at peace about this.

Cross Rhythms began its interview with the veteran songsmith by asking whether he has ever longed for big record contracts and national tours. Eddy responded, "I'm human and went through that stage at one point early on, but have since better understood my servanthood as being just as valuable where I am whether there's two, 20, 200 or 2,000 in the room. God's in control, my job is to be creatively active in the Kingdom and allow him to use what I create in the way he deems best... His will not mine."

As far back as Eddy can remember, there was music being played in his home. He recalled, "My father is a pianist and back in the day he had a small jazz quintet that would rehearse in our basement. So I had a pretty good catalogue of bebop standards as part of my fabric even as a young boy. My mother didn't play an instrument but was a creative force in the house. She was always designing clothing, developing a new dish to eat, or drawing. Both my parents had a way of allowing me the freedom to express myself and making me aware of God as creator. Like so many from my generation the British band invasion of the mid/late '60s fuelled my desire to pick up the guitar as an instrument. Initially I'll admit that getting the attention of the opposite sex didn't hurt my drive to get better, but as I matured I discovered my passion was in the creative process. I loved writing songs from an early age in high school. So by the time I was in college I was addicted to it."

Eddy was brought up in a Lutheran household and both his parents were weekly churchgoers. Eddy himself though gradually wandered away from the Lord. He said, "When I came back to the church. you have to picture this. I returned to my boyhood congregation. The returning son walks through the open doors on a beautiful spring morning and all eyes turn. I remember weeping through most of the service and experiencing this overwhelming feeling of being home. A few years later my wife and I made a public expression of our faith by being baptised in the Atlantic Ocean off the coast of Melbourne Beach, Florida."

Around 20 years ago as a married school teacher Eddy had an experience which was to radically impact his life. He explained, "I was alone in the faculty lounge one day and composed my first praise song. I actually had a sort of epiphany that I should be using this gift for the love of God. It happened at a time when I had hung up the guitar for a few years and was absorbed in fatherhood. It was the first leg of this current chapter." 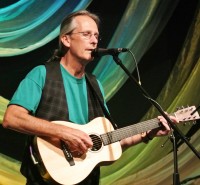 In 2000 Eddy released his first Christian album, 'Soul du Jour'. Said the singer/songwriter, "It was very successful at breaking ground for me on the local cafÃ©/coffeehouse circuit. It's more in the sharing and storytelling vein. I met up and travelled with two wonderfully faithful men, Chris Connelly on bass/guitar and Chris Staunton on drums, percussion and dulcimer. My faith was just beginning to ripen and I think the songs reveal that. There's a lot of newfound joy on that project. The songs had more of a storytelling approach."

Three years later the same trio recorded the 'Dyo' album. "As we continued performing more and more dates were becoming available and the band really peaked as a live act. During that year together I was starting to feel the need to expand. I brought in another guitarist and keyboardist for a short time but felt the need to step back and figure what God wanted me to do next. I spent quite a bit of time quietly praying and waiting on God to show his will."

It was during this time that Eddy was asked to lead worship at Gloria Dei, a church just outside Philadelphia. He admitted, "I had never entertained the idea of leading worship, but during the interview it became obvious that this was where God wanted me. All of a sudden everything in my life blossomed. There are so many highs, too many to mention here, but God's hand seemed to be on everything I was doing."

The outgrowth of this time was the release in 2008 of the 'Yes Indeed' album. Eddy explained, "My team at church was gifted with some of the most amazing, spiritually filled musicians. I was encouraged to write and wrote in the pastor's language. Being from Philly I naturally created from a soulful place and was blessed to watch the album grow out of our Sunday morning worship times. One reviewer called it 'blue-eyed gospel'."

Continuing to serve at the Gloria Dei church, in early 2011 'The Twelve' album was issued. "I think it shows my growth as a spiritual leader," Eddy observed. "When I first was called to lead worship I was already schooled at being a bandleader, but not a spiritual leader. I made some ugly mistakes that I regret, but it was part of the journey, part of the path I needed to follow. From a writer's point of view the songs also came from a deepened spiritual place. 'I Never Walk Alone' is still a fan favourite and an engaging moment in our time or worship. Later the same year I released 'Something Beautiful & New'. As I was becoming more aware of the lack of inclusiveness in the world, this album was written from a place of love and reaching out into the margins. It includes two of my most popular worship songs at that time, 'All Are Welcome' and the title track." 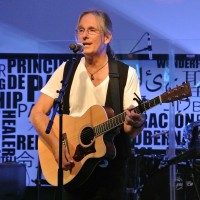 In February 2012 the committed husband and father of two daughters did the unthinkable. he almost forgot Valentine's Day. He recalled, "On the eve of said day, I penned an emotional gift for my wife. I might have written the words down, but as with everything I record the Spirit led me through the process. 'Unbreakable' has become a surprisingly popular song. It's been used at many marriage encounters/retreats around the world and is once again gracing my live concert events. I have now released it as a single."

In October 2012 Eddy released an album which he believes to be the best worship project he has so far recorded, 'Who We Are'. He said, "Once again the songs were all cultivated from our Sunday morning worship times. It features many of the current members of my church team and some fascinating people of God. Quite a few of the songs have become popular for the Church at large ('We Stand In God's Grace', 'We Are The Body Of Christ', 'My Grateful Heart', 'Living My Life', 'Your Will Be Done In Me', 'He's Coming')."

In October of 2013 'Re-Imagine' was released, featuring a dozen "re-imagined" hymns. He explained, "Over the years I've worked tediously at finding hymns that would sit well in a new place, that would glow again from a different setting, and yet would still faithfully honour our God. I believe that these worship-tested arrangements have succeeded at that with many of them being sung at various churches weekly.

Right on the heels of 'Re-Imagine' in November 2013 'P.O.P.' ('Prince Of Peace') was released. Like its predecessor it was created from 10 of the most popular seasonal worship songs at our church over the past decade. No frills. just rhythm section and voice."

'Dig Love', released in July this year, is something of a change in musical direction for Eddy. He said, "It was written with a conscious effort to reach into the secular market place. I wanted to write songs that would spark conversation that would open the door of faith." Cross Rhythms asked about 'Dig Love's Americana flavour. He responded, "Sometimes, if you do this long enough, you become relevant by chance. An Americana sound was a natural progression for me and seems to be a popular music form at this time."

The first song written for 'Dig Love' was "Rise Up". Speaking about the song Eddy said, "I think we all have moments when we feel squashed by this world. No matter the challenge, the darkness, the weight, we can walk with a greater power, we can walk in the light, we can walk with the one who says give me your luggage. Jesus arrives with his hands not in his pockets, but reaching out, reaching out to calm us, to comfort us, to carry our bags, not holding us down, but lifting us up."

Another powerful song on the project is "Home Again". Continued Eddy, "'Home Again' usually sits near the end of my live set and is just a reminder how easy it is to find peace. Keeping our heart right can be a daunting challenge. There are just so many distractions available for our consumption. We're literally surrounded with every kind of temptation we can think of, and most of it's reasonably affordable. So what's one to do? Usually when things get out of hand we long to return to a place of security; a place where we can feel safe again; a place where we're always welcome; a place that feels like home. That place exists with open arms if we're willing to walk down that road, if we're willing to concede the truth, if we're ready to go home. We have the potential, we have the power to go home whenever we want. You and I are a confession away from eternal happiness. a prayer away from going home."