Elim Sound: The worship collective with the radio hit, "The Kingdom Is Coming"

Sam: "We see it more like passing a baton along. If you were thinking there's several batons, maybe it could be a bit chaotic. But if there's one baton and we pass it along the line - it might come from Ian Yates to Helen Yousaf, who might do something a bit more prophetic, pass it along to myself or one of the other guys. We see it like passing the baton in a relay race. The Biblical principle would be preferring one another in love. Any one of us could bring a prophetic word or could take it any direction, but choosing to prefer one another and choosing to pass it along. With Elim Sound, you're not going to lead the whole session but it's a privilege to lead part." 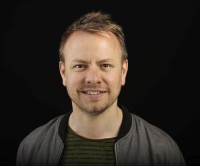 Tony: With all those worship leaders you must have a huge reservoir of songs.

Sam: "There is a lot. I think we've done six albums now, so there's a good amount from there. But you realise you're not going to do them all. It's not about Elim Sound singing their songs, it's about serving those people. You'll find us still singing the Matt Redman, the Elevation, the Bethel songs. We love to do that. Sometimes you realise, when you've written a song, we can see in the team, 'That person really carries that song.' There's something that goes a little bit deeper than just singing it and leading it to someone carrying it. When you release them to do that as part of the team, you create some beautiful moments."

Tony: Would you say that the 2018 album 'One' was a special recording for Elim Sound?

Sam: "I would, actually. That really reflected the opening up of where we were hoping to go to. Even the cover itself has that record-type logo with a globe in the middle. In some ways, some part of that was the beginning of starting to realise we were called to something beyond the UK. It's from and for the UK but it goes beyond it. That was definitely turning a page. The previous album, 'Elim 100', was actually celebrating 100 years of the movement and sending missionaries out for almost a hundred years. Before we released the 'One' project, we had invited some worship leaders from some of our partner countries to meet the Elim Sound team, do some training and build relationships. Seven of those 12 could come, and five couldn't come, mainly because of visa issues. I was quite disappointed by that, so I went back to God. I said, 'Father God, I feel you gave us this strategy to invite them, so how come they couldn't all come?' I felt God whisper this back to me in the way that he beautifully does, 'The strategy to invite them is a good one, Sam, but it doesn't replace the need to go.' In 2019 we said, 'Let's also go to some of these countries.'

"Our missions department was running what they call Global Conferences - three or four day conferences in countries that people would find it easier to get to. There was one in Africa, one in South America, one in India, one in the Philippines. There was meant to be one in France for Europe, but unfortunately that got cancelled. Those other ones, we attended all of those just last year. Not the whole team, but some representatives went to each one of those countries to do three things - to support the Global Conferences, to do some sort of training with the people there, and to build significant relationships. 2018 was our invitation, inviting people in, 2019 was us going to the nations, and we're excited to see this year how we can engage on a wider platform."

Tony: You play at the Elim Leaders Summit each year, and you've released some live albums, recorded at it, haven't you?

Sam: "Yes, we do a national conference in Harrogate every year. 2017 was the first live album from the Elim Leaders Summit. 2018 we released 'We Say Yes'. 2019 we released 'Send Revival'."

Tony: In between, wasn't there a 'Family Worship' project?

Sam: "There was! Nothing gets past you. That was our second attempt at a family worship album. The first was just six or seven tracks. We'd done six, seven recorded tracks with some kids' dance DVDs with them. You don't do DVDs nowadays, you just stream it straight online."

Tony: And I don't do songs with hand movements, but obviously you guys do that.

Sam: "We don't mind doing a few action songs. Most of us are parents. Catch us on the right day and we can do the mum/dad thing."

Tony: "Send Revival" is a song very close to my heart.

Sam: "Ian Yates is the person singing 'Send Revival' on the album, Ian and I wrote that particular song. As with some other songs we've done, you just sense God's presence on it. We don't do lots and lots of recording of the same song to make sure we get the song. Usually what we do is we lead worship and Ian reviews it all afterward, prompted by what we've seen and felt in the room. We have an inkling about what songs might go on the live album. It becomes a collection of moments rather than a collection of songs, if you see what I mean."

Tony: Any plans for another studio album?

Sam: "At the moment we realise with our invitation and all of our missions trips in 2019, we did get a bit behind in our songwriting. But the good thing is our mission and the journey we've been on is going to fuel our writing. We've already done a bit of writing for 2020, but we're looking to do some writing for our large events, Spring Harvest, etc. Hopefully there would be something coming out. We're finding at the moment that the live worship is what people are gravitating towards. We'll probably end up releasing more collections of songs rather than full albums, maybe three or four songs. That's what we're toying with."