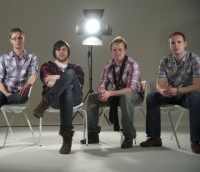 THE POPULAR British modern worship collective, Elim Sound, have released the album 'We Say Yes', recorded live at Elim's Leaders' Summit this year. The title track of 'We Say Yes' was originally featured on the album 'One'.