Guvna B: The award winning grime man reminding us Hands Are Made For Working

Tony Cummings spoke to GUVNA B about a new album, modern worship and crime culture 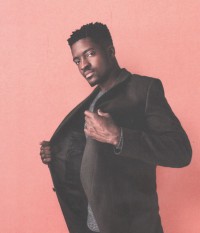 The last couple of years have seen more achievements for Isaac Charles Borquaye, known to Britain's legion of hip-hop and grime fans as Guvna B. He's picked up his second MOBO Award, published the widely praised autobiographic book Unpopular Culture, seen the successful launch of his urban clothing brand Allo Mate to go alongside his record company, and has now released his fine new album, which is already skirting around the mainstream charts. Guvna B's 'Hands Are Made For Working' was hot off the press when I spoke to this most erudite and thought-provoking of rappers.

Tony: The album's just out. How long have you been working on it?

Guvna B: I've been working on 'Hands Are Made for Working' for about a year now. It's inspired by my dad who always used to say to me when I was being lazy or neglecting my chores that "your hands are made for working, son". When he passed away I started reminiscing about some of the things he had taught me and that phrase always stuck out.

Tony: Was your dad a Christian?

Guvna B: Yeah. He became a Christian in his younger years when he lived in Ghana, and when he and my mum came over to England in their early 20s, they brought me up in a Christian household. When I was about 15 I made the decision for myself that I would take it really seriously, so he definitely led the way.

Tony: There was a lot of music going on in your home, wasn't there?

Guvna B: Music was always a big part of my upbringing, my dad would always play Kool And The Gang, Michael Jackson, Stevie Wonder, Kirk Franklin and Ron Kenoly so it was always in our house, we loved the music and I developed my own music taste in my early teenage years. When my dad passed away, I was never good with expressing my thoughts and my emotions but I've always been great at writing lyrics so it was a very therapeutic thing for me to write some things inspired by my dad. I didn't think it would make the album, I always thought it would just be for my own benefit but after I read the lyrics back I thought "this could actually help someone" so that's why it made the album.

Tony: When you're putting your stuff together, do you start off with words on paper? Then later put a track together?

Guvna B: Sometimes. But then a few times, we go into the studio and we just want to be creative, we might not have a concept or a thought. Me and my producer, Jimmy James, he has a studio on a farm in Coleshill, it's a great place to get away and focus on being creative.

Tony: Tell me about the song on 'Hands Are Made For Working' you've recorded with Martin Smith.

Guvna B: That came about in quite an interesting way. Martin phoned me up and said that he felt in his heart that God really wanted us to work together, so I went down to his studio in Brighton and I played him some of the stuff from the album and he loved "All I Ever Wanted". Martin is a top professional so he went away for a few minutes, thought about a few melodies, came in and put it on the mic straight away and it just sounded great so I'm really excited about that song.

Tony: Seems to me that you're much more eclectic in your musical taste than a lot of rappers.

Guvna B: Yeah 100%. I put that down to my parents. Rap and grime were never my favourite genres, it was always gospel or old school, and a bit of pop as well; I liked a lot of things but rap is what I'm good at. I had the opportunity to bring in other people to open up the sound of it. I've worked with people like Matt Redman and Nick Herbert. Most rap or grime artists wouldn't delve into that sort of thing, so it's great.

Tony: It's interesting that you refer to yourself as a rapper; in recent times all British rappers are referring to themselves as grime artists. What's your position on that, do you think it's all part of the same thing?