Jesus Wept: Getting To Know The Hardcore Band From Erie, Pennsylvania 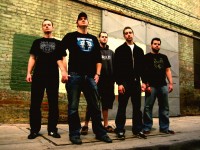 When America's HM magazine reviewed the Jesus Wept album 'Show's Over' in July 2006 they succinctly nailed the band's sound. "If this great hardcore/metal band has flown under your radar this far, you need to get a nstew one. From the ashes of xDISCIPLEx A.D. comes a band that's impossible to be confused with a 'Christians in a band' kind of thing. Short songs, killer breakdowns, unrelenting riffs and chant-able choruses are in abundance here." So who are this band who so impressed the moshpit-hardened ears of HM editor Doug Van Pelt? The five-piece consist of Dan Quiggle (vocals), Dave Quiggle (guitar), Sean Sundy (guitar), Jon Beckman (bass) and Adam Salaga (drums). The Quiggle brothers and Adam Salaga formed xDISCIPLEx A.D. in Erie, Pennsylvania in 1994. By 2000 they were one of the most popular Christian hardcore bands in the States with a critically acclaimed album 'Heaven And Hell' on New York's Triple Crown Records. But in 2003 xDISCIPLEx folded. When Cross Rhythms' Greg Sammons spoke to Jesus Wept's Dan Quiggle he heard what happened next. "When we gave up Disciple we thought okay, this is it God, he's asking us to lay this down. We laid it down right back at his feet. It was only a few months later when we felt another calling to come back and do something else and this was something we really prayed about. We were actually deciding between two names, Sick City and Jesus Wept. We were gonna name the band Sick City at first. We were kind of going back and forth from Sick City to Jesus Wept and it was something we prayed about. Our answer came and we decided to go with Jesus Wept."

The name 'Sick City' was not entirely wasted however. It was the title of Jesus Wept's first seven-song mini-album released in 2004 on Facedown Records subsidiary StrikeFirst. Dan makes no excuses about Jesus Wept's in-your-face moniker. "We just wanted to have a real bold approach with this band. Not that we wanted to shove anything down anyone's throats or be preachy. We wanted to let people know straight off what the band is about. I think a lot of people are confused and think of us as a religious band. But that gives us the opportunity to kind of spark conversation and tell them that we're a spiritual band and not a religious band; to get people thinking and get people excited about it I guess."

In 2006 the critically acclaimed 'Show's Over' was released. Commented Dan, "Our album is similar, but yet very different from the other albums we have done. There's not one unifying theme. The first track is about one minute long and is called 'Show's Over'. That has to do with one of the many topics and themes we try to address on this record. What it talks about basically is 'put your money where your mouth is' - when the show's over you still got to be the same person. If you are a hardcore kid when you go to shows, it's something you take home with you. If you are straight edge, if you are vegetarian, if you are a Christian, it's something you are even within the closed doors of your own home. You got to be that 24.7. You've got to live up to your convictions. When the show's over you don't go out and do something totally different. Another song on the album is "Dedicated". We wrote it to be encouraging for everybody that's out there who struggles. We wanted to let everybody know, hey, you are gonna struggle but there is strength for you in the struggle. Some songs on 'Show's Over' are meant to be encouraging and others are our reflections of our souls and what's going on with us, what we are learning."

Some critics were surprised that rather than being released on Facedown 'Show's Over' stayed on StrikeFirst, a label perceived as a launch pad for up-and-coming acts. Dan explained, "It just worked out better to stay on StrikeFirst for the release. Three out of five of us in the band are schoolteachers so that limits our touring ability to basically only be able to do summer and weekend shows. I know Jason, who heads up the company, puts a lot into his Facedown bands and it was something we kind of discussed. We try to play as much as we can and do as much as we can but we're still not going to be able to compare with a band that tours eight months out of the year. We will never be able to do that." 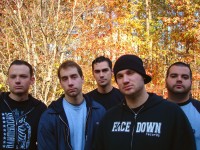 As it's turned out, Dan's brother Dave, though staying with Jesus Wept, has relocated from Erie to San Diego, California. Explained Dan, "My elder brother Dave is working with Facedown Records in their art department. He's still considered to be in the band; like we're playing this weekend with him and No Innocent Victim in Chicago and some other mid-west states. So he's like a long distance member of the band."

Dan has some interesting views about the positives and negatives of the internet. "The internet's like a wonderful thing for us because we can kind of promote ourselves and try to push our message and our record and stuff like that by using websites, message boards, Pure Volume, mySpace. All those things are awesome, great tools to spread the news. At the same time I think there is so much more negativity in the hardcore scene and the punk scene and all that's because of message boards and because you don't have to be face to face with anyone any more. You can talk a lot of trash on people and you can just be really negative. For some things the internet is great, but for other things it's so terrible! I think it's really turning us into monsters in some ways because we are misusing it and are tearing each other down via emails, message boards and stuff like that."

Like xDISCIPLEx A.D. before them, Jesus Wept remain committed to taking the message of Christ to the hardcore and punk underground. Commented Dan, "There are new kids every day and a band like ours might be the only way they ever get to hear something positive and the story of salvation, the story of love. This might be the only chance they get to hear it. I still think in a lot of ways God convicted all our hearts when he said, 'I still have work in this scene for you guys.' In the underground today things have gotten so bad. Because things have gotten so negative the light has to continue to shine. And there has to be integrity with how it shines."

Dude mr. Quiggle is my history teacher rock on quiggle

cool band Mr. Sundy and Mr. Quiggle you should do a concert at Jr High!!!

you guys are great especially sean. plus i love that dave and dan are in the band together. rock on!

dude... you guys are awesome!

I heard about this band from a singer of the spudmonsters and friend of Desciple.
His name is Foose. (Don Foose)
I'm looking for a demo of your group now so I can try your music.

i'm sure the rest of you guys are too though!