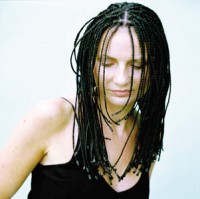 This piano recital by Joanna MacGregor was part of the Oxford Philomusica International Piano Festival. In it the gifted pianist attempted to satisfy the three parts of our humanity: body, soul and mind. Joanna opened with her own arrangement of gospel music and spirituals entitled Lost Highway. This uses songs that MacGregor played and sang as a child when she would travel with her lay preacher father as well as pieces picked up on trips to the Mississippi Delta. Those of us who know the words might get more from this but the music on its own is still wonderful and that "Deep River" really rolled along, connecting Tom Waits' "Georgia Lee" to Leonard Cohen's "Hallelujah". A wonderful 20 minutes.

Next we had the physical, sensuous "Six Tangos", Joanna's arrangement of tunes by Astor Piazzolla. Great fun and a rousing end to the first half. After the interval we were taken on an exploration of the more cerebral "Goldberg Variations". MacGregor usually plays Bach very well: her arrangement of "The Art Of Fugue" for piano, saxophone and tabla is sensational but tonight she seemed to play safe and although one could admire her technical accomplishment her performance, for me, did not quite take off. If I was to mark the three pieces out of 10, "Lost Highway" would get eight, "Six Tangos" nine and the Goldbergs seven.