Tony Cummings quizzed JOEL VAUGHN about his life and music

With countless thousands of independent artists trying to attract the attention of the big record companies, LA's Dream Records can afford to be highly selective with whom they sign. But those who've heard the latest EP 'Surrender' by Nashville-based Joel Vaughn will have noted his exceptional singing talent. Personally I've been slow in spotting Joel's fine singing ability and only became aware of him when I heard his guest vocal on Satellites & Sirens' 'Tanks' album. Anyway, he is now well and truly on the Cross Rhythms radar. Here is what Joel said to us.

Tony: Your current music is in a pop dance direction, wouldn't you say?

Joel: The last EP 'Kinetic' was in the same vein as this new one. I have been working toward moving in this direction stylistically for the past three years. I feel like I reigned in the dance pop style and pulled back from what it could have potentially sounded like. I want to stay in a place that's a happy medium; not overtly too "dance pop" but not running away from it either. It was an uncomfortable change at first but that's how we grow and I'm starting to settle in.

Tony: How involved were you when the tracks were being put together?

Joel: I wrote and programmed 18 songs by myself before I went in the studio. We co-wrote seven more songs as we were recording, so I was very involved. My producer freshened up my ideas, put his own spin with his far superior production skills, and we came up with what we have today. He is a genius!

Tony: Tell me your two favourite songs on the EP and something about the messages they convey.

Joel: My two favourite songs would have to be "If I Trust In You" and "One In A Million". "If I Trust In You" was written by myself, David Thulin and a very talented singer/songwriter, Chris Cron. The day we wrote it we talked about what it looks like to truly trust Jesus. We were discussing how Peter walked out on the water to try to get to Jesus but for a split second he doubted him and he ultimately sank; but what happened? It says that Jesus immediately took hold of Peter's hand, pulled him from the violent raging sea and then said to him, "Oh you of little faith. Why did you doubt?" How many times in our own lives have we doubted God and tried to take control? Personally, I have dealt with many trust issues. They have plagued me in the past to the point where I tried to take control of everything. In this song, we tried to peel back the layers of what it would look like if we had ruthless trust in our Saviour, no matter what the outcome could possibly be. What if we could let go of our fear and truly trust God even when it's hard to? What could he accomplish through us, our families, our cities, our nation and our world? 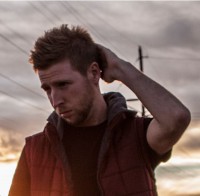 "One In A Million" is a little bit of a different story. A while back I was getting ready for the day. As I was finishing up my daughter walked up to me and said something I'll never forget. She said, "Daddy, do you think I'm pretty?" I told her, "Yes! You are so beautiful and I'm proud that you're my daughter." I stared at her in disbelief and like a dad who felt like he failed his child. How could a five-year-old girl be that worried about her appearance? That's when I realised how incredibly important it is to extinguish the lies that society tries to sell us. She is beautiful but not because of her outer beauty; she is fearfully and wonderfully made as Psalm 139 says. Everyone of us has intrinsic value and worth. We don't need to buy the lie that we have to be something that we're not in order to belong or have value. We are made for so much more than appearances. My daughter is beautiful because God created her in his image. She is one in a million.

Tony: How did you come to get signed to Dream Records?

Joel: I was introduced to the general manager of Dream Records by my friend David Thulin a couple of years back. We had just created a remix of a song that was on my last indie record before signing with Dream. They took notice of that song and wanted to promote it. I had been working as an indie artist for a very long time so the fact that I got anyone's attention was definitely flattering. I wanted to test the waters before signing a record deal so we entered into a one song agreement for this remix and it did incredibly well. We started talking and over the course of about seven months we came to an agreement that worked for everyone. Now I'm here talking with you!

Tony: I'm afraid I haven't heard either of your independent albums. Tell me a little bit about both of those.

Out of all of those my favourite picks are 'In The Waiting' and 'Joel Vaughn EP'. The first was written by me and I co-wrote one song with my wife. I had just come out of a two year sabbatical away from music ministry and had recently started writing again in 2013. I wrote about my time away from ministry in what felt like a spiritual desert. It was my reintroduction back into the world of music. I felt God was leading me to share the stories of redemption I experienced in that time. That album was independently created by myself and some very good friends in Amarillo, Texas.

The second 'Joel Vaughn EP' was a departure from the indie sound I had grown accustomed to. I wanted to try something different stylistically and I didn't know how to get out of that indie sounding box. That's when I met Jonathan and David Thulin. After opening for Jonathan at a local show in Texas he asked me to come make an album with them in Minneapolis. I had to think about it at first but a few months later we met in Nashville and I was all in. We started on that EP in September of 2014 and I released it in June of the following year. I finally got to express myself stylistically in a way that fit who I was as an artist. My favourite song from that EP is one I still perform today called "Loved By You". It was written by Jonathan and myself and we really wanted to convey the idea that even though we may not always get it right in our Christian walk that we are still loved and pursued by God.