Louder Than The Lies 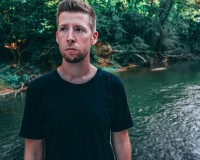 SINGER and songwriter Joel Vaughn, whose Cross Rhythms playlist hits include "More Than Good Enough" and "If I Trust In You", has a new full length album 'Louder Than The Lies' released through Dream Records on 29th January. Vaughn co-wrote each of the album's 12 tracks and co-produced the project along with Brent Milligan (Tauren Wells, Steven Curtis Chapman), Micah Kuiper (TobyMac, Jeremy Camp), Christian Hale and David Thulin.