He Would Be Lost

CCM hitmaker Joel Vaughn releases "I Would Be Lost" single 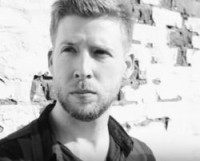 DREAM RECORDS recording artist Joel Vaughn, who has enjoyed hits on various Billboard charts, has released a new single, "I Would Be Lost". Read a press release, "Vaughn's latest shows the strength of his songwriting prowess as his fresh pop sound is his best yet."