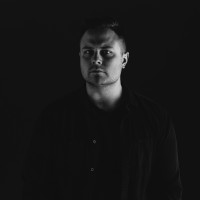 Literally born the son of a preacher man, John Tibbs has come a long, long way since he began to tour his music full-time in 2013. Now with his Americana and southern roots rock eight-song project 'Heartland' John stands at the cusp of big Christian music breakthrough. Already his 2015 single "Dead Man Walking" (featuring Ellie Holcomb) has climbed Billboard's Christian Airplay charts and now accolades for his mini-album are beginning to pour in. 'Heartland' was produced by Ben Shive (Rend Collective) with coproduction by Cason Cooley (Mat Kearney) who between them bring all the Springsteen-esque passion out of John's music. According to John, Bruce Springsteen, John Mellencamp and Tom Petty shaped his youth when for four years he led worship at Madison Park Church in Anderson, Indiana. He told Cross Rhythms, "I love how Bruce and Tom get to the point in their songs. They use beautiful imagery that's also very direct. Worship music, to me, is a communication to God, so it makes a lot of sense in my mind that those two kinds of writing go hand in hand."

Prior to its release Tibbs said that "each song on 'Heartland' embodies the place where I learned the stuff of life - fear, love, anger, doubt and hope." So what song on 'Heartland', I asked, speaks about fear? The singer/songwriter responded, "'Won't Let Me Go' speaks directly to the fear of failing and doubting myself - they go hand in hand. This was my first record after leaving my record label! It was a choice I made, and one that I felt was right for me and my music. It's fitting that this song was the first I wrote and recorded for this new season. It was a constant reminder to stare down the ghosts that haunt me, and remind myself what is true - that God's provision is perfect."

John has come to know a lot about God's provision since he first recorded his independent EP 'Origins' in 2010, a year after the burgeoning songsmith had married his Indiana-native sweetheart Emily, and further EPs 'Swallowing Death, Breathing Life' (2012) and 'Anchor' (2013) increased his grassroots following around the churches of Indiana. By the release of the latter Tibbs was touring his music full-time for his growing fan base. John toured with Audrey Assad and opened acts like Gungor and Tenth Avenue North. John and Emily relocated to Nashville, Tennessee and signed with Christian label Fair Trade Services. His single "Dead Man Walking" became a hit on US Christian radio. John spoke about the song.

"'Dead Man Walking' is a special song for me. All too often I think we as Christians live as if Christ never died for us when in reality, his act on the cross covers all of our sin and shame. This song is a reminder that we are free and can walk in that joy!" The haunting vocal of Ellie Holcomb adds much to John's recording. I asked whether Ellie's husband's musical style, which for want of a better pigeonhole we'll call Americana, had been an influence on him? "I actually learned of Ellie's music before Drew's. I love them both - wonderful people and great artists!"

Despite the excellence of John's 'Dead Man Walking' album John is convinced that 'Heartland' is his best recording so far. He said, "Recording it there was a lot of healing that happened in my heart. These songs have given me a lot of hope and peace, and I hope they do the same for the listeners."

Three tracks on 'Heartland' emanate from "living room sessions." Whose living room? "Ha ha! A friend of mine - we decided on the whim to set up a mic and record three songs acoustically. I do a lot of solo acoustic dates, so it made a lot of sense for me to have something like that. There's a video for each song too, coming soon!"

In view of the political turmoil going on in many parts of the world, I asked this worshipful troubadour whether his songwriting was taking on a more socio/political dimension? He was emphatic in his response. "No! I'm definitely not making blanket statements about any certain political events or agenda. Rather, speaking to the fear that's being triggered because of politics. It has caused a lot of division and anger. While I understand that, I want to be a peacemaker."

What did John think of the seismic changes now gripping the music world and were streaming, YouTube, et cetera affecting his day-to-day life? "Yes, in a very good way! I love that anyone can go listen to all my songs for free. Streaming continues to correct itself and reward the artist. That was a big reason for me to go independent - it gave me a lot of freedom to be creative with how I create and release music."