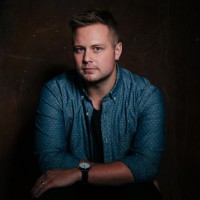 CRITICALLY acclaimed singer/songwriter John Tibbs has released an eight-song project 'Heartland' produced by Ben Shive (Rend Collective, Ellie Holcomb) along with co-production by Cason Cooley (Ben Rector, Mat Kearney) on the album's title cut. A video for "Heartland" was directed by Hawk Nelson lead vocalist Jon Steingard. Talking about his recording Tibbs said, "'Heartland' is my best music yet. Each song in 'Heartland' embodies the place where I learned the stuff of life - fear, love, anger, doubt and hope. As a proud, homegrown boy of the Midwest, I'm tipping my hat to the greats that shaped my youth, like Bruce Springsteen, John Mellencamp and Tom Petty. But more than anything, I hope that when you hear this record and listen to these songs, you hear my heart. Because I mean every last bit of it."