Two songs, one self-penned and one cover, for John Tibbs 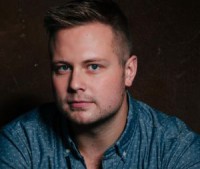 THE INDIANA-based singer John Tibbs, who had a Cross Rhythms radio hit with "Won't Let Me Go", recently released two singles. "Details" is a Tibbs composition and "Put A Little Love In Your Heart" is a cover of a song originally recorded by Jackie DeShannon.