Jordan Smith: The Voice winner and his music from the heart 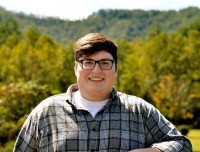 Joe Public has now got quite used to the TV talent search phenomenon where complete unknowns get through a series of critically-judged TV performances to finally be elevated to national stardom. But the winner of season nine of The Voice, one Jordan McKenzie Smith from Whitley County, Kentucky, has already swept the achievements of previous winners to one side with his phenomenal success, becoming the first artist of the season to reach number one on the iTunes pop chart and setting new sales marks on the Billboard charts finally seeing three of his TV performance recordings each bumping Adele's platinum selling "Hello" from the top of the iTunes chart. Smith's achievements are finally waking up the mass public to what many believers have known for years now - that the Christian Church, being the largest singing community on Planet Earth, has effectively become a musical training college for countless thousands of singers.

Make no mistake about it, Smith is a deeply committed Christian and during his performances from October to December last year took every opportunity to express his faith in music, his rendition of the much loved hymn "Great Is Thy Faithfulness" during week two of the live shows made number one on the iTunes pop songs chart while his rendition of the Mark Lowry and Buddy Greene-penned Christmas classic "Mary Did You Know" became THE Christmas hit of America for 2015.

Jordan was born on 4th November 1993 to Kelley and Geri Smith, both of whom are musicians. From a young age Jordan was singing in the church choir in the congregation of House of Mercy in Wallin's Creek, Kentucky. By 2013 Smith was attending Lee University in Cleveland, Tennessee and was a member of the University's Lee Singers. Music was always important to Jordan but God was even more. He said in a widely publicised interview with Rick Warren of the Saddleback Church, "(My parents) really instilled in me from a very young age just growing up how important it was not only to be a good person but to be a person who is full of the love of God and to pour that on to other people. I've grown so close to the Lord and try to walk with him every day and try to direct my thoughts toward him because he's been so good to me."

Now signed to Republic Records this most gifted of singers is currently working on what is being widely predicted to be a major hit album. In Kentucky he is already a state hero. Smith was named a Kentucky Colonel by the Secretary of State at a parade in Smith's honour and the Kentucky Monthly magazine has awarded him Kentuckian Of The Year status. Harlan County judge Don Mosley said Smith's win has had a huge impact on an area which is struggling to rebuild its economy. He said, "Jordan may have single handedly reversed negative stereotypes of our region that will help give us an economic bump." Said Smith himself, "I think I've learned on the show just how powerful music can be when it comes from your heart and means something to you."