Kookee: The group from Essex on a "journey"

Tony Cummings threw some questions at the members of Chelmsford rockers KOOKEE. 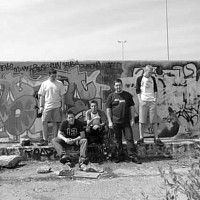 Tony: So who are Kookee?

(Ben Blackaby) There are five of us in the band. I play guitar, sing and write a lot of the material; Nathan, my brother, who is the bass player in the band and also plays in a worship group in Chelmsford; Jon Mitson is the drummer and also does some backing vocals; Andy Rackham is the lead guitar man and has written some of our songs. We have been a four piece since the end of 2000, and the fifth member, Dave Griffiths, joined us last year. He is a good friend and a great guitarist, who has taken on Ben's guitar roles plus more allowing Ben to concentrate on the vocals.

Tony: In his review of your first EP, Mike Rimmer suggested that your songs "have no discernable Christian content." How do you respond to that?

(Andy) If you were to change the word "discernable" to "explicit", then I would agree that the songs on our first EP, and the majority of those on 'This Journey', are not obviously "Christian" in their content. The reason for this is that both Ben and I write about life in terms of the situations we encounter from day to day. Whilst some of the songs are about situations that are explicitly Christian (eg, "Stigmatized"), most of them are about our experiences of everyday life, but life as seen through a Christian perspective. Looking at our songs in that way, you could say that although the content is not discernibly Christian, the way in which the content is explored definitely is, reflecting the fact that being Christians is at the heart of everything that we do.

Tony: That's a very interesting sleeve design you've got on 'This Journey'. Any comments on its meaning?

(Nathan) To me the sleeve shows a natural journey, not man made but God inspired, and God directed. The "journey" Kookee have been on has been a great one! And it has not been in our own strength, but God's.

(Ben) I was on holiday in France and saw this marking on the rock with my friend who took the picture. It looked great in the rain and like Nathan said, it spoke to me and I wanted to use it as a cover design. It was big and just stood out and looked like a road to me. Kookee are on a road and a journey. So the picture and title just came together.

Tony: If you had to choose one track on 'This Journey' what would it be and why?

(Ben) For me this is hard. There are bits in all the songs that I love. It's a varied album with lots of different styles. However "One" is my pick - it drives hard and has a message, "trust in the one!" I love playing this song live.

(Nathan) It is really difficult to say just one track as each one hold loads of history, but I would say "One". It is a song (to me anyway) that just paints a picture of God meeting us where we are, being above all and king of all. "Trust in the One who can." (I also love the parts the other lads put on the track...very cool.)

(Jon) I would definitely pick "One". Every time we play it I am reminded that God is in control and we have to just trust him completely. It's so easy to forget that!

(Andy) It's a tough choice, but it would have to be "One". It's the first song that's been written by the whole band and it really sums up what we're about both musically and spiritually.

(Dave) "One". In the words to song we point directly to the one that gives us all that we have. Musically, it also showcases how the band fits together. Ben belting out his vocals over the top of huge rhythm from the bass, drums and second guitar with Andy floating his crazy guitar over the top. If you want to know how the band fits together, listen to that track. "All About Me" is another great track, particularly live!

(Ben) I know we all said the same song but there was no conferring. We all wrote this song as a band and it's the one we play last in the set.

Tony: Where do Kookee see themselves heading?

(Jon) "I see Kookee achieving an established position within the "land of the rock bands." I think that although we are a band of Christians, we would be much better suited in the secular side of things. But hopefully showing that we're not just your ordinary rock band! I want to be able to use my gift as much as possible - therefore I would want Kookee to be my career and I'm willing to give 200% to make this a reality, as we feel that God has great plans for us.