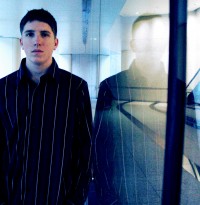 Only occasionally, very, very occasionally, will an obscure album arrive in the Cross Rhythms offices which immediately gets everybody's attention but this is what happened for the 2004 89Fifteen Records release 'Goin' Against The Wind' by an artist known simply as Luke which fused elements of rap with melodic songwriting. His intelligent way with words and music made it an album which stood out from the pile and three tracks have been selected for radio exposure with "Dissident" currently getting A list airplay. So who is this most gifted American rapper? After some false leads, I was able to track down Luke Kirschke (as that is his full name). My first surprise was that this mature artist is only 17 years old. He told me about himself. "I was born and raised in Hungerford, Texas, and I have grown up in church all my life. When I was about eight years old my parents divorced, and I have lived with my Dad ever since. Around the time my parents divorced, I developed an interest in the Lord. As more time went by I became sort of obsessed with the Lord. But the only downside to that was that for many years I had the wrong view on who God was. I always thought of him as the hardest person to please. When in reality it was the opposite. But anyways, my dad remarried, and as I got older I found out who God really was. He became my best friend. So for the last couple of years now I have had a burden for anybody who has a distorted view of God. And I think this CD clears up a lot of that distortion."

'Goin' Against The Wind' was sensitively produced by Paul Killingsworth. I asked Luke what he remembered about the recording sessions. "I remember every song was just as exciting as the next. There was never a dull moment. Which is unique, because sometimes you write songs that are just sort of 'fillers' on the CD, but not with this one. I felt like every song was the best song."

I asked Luke what inspired the haunting "Dissident" song. "The motivation I had for writing 'Dissident' came from recognising that too many artists say one thing in their music and live another thing in their everyday lives. And it gives a bad name for the rest of musical artists (especially rappers). So In 'Dissident', I wanted people to know I'm not one of those hypocrites. And hopefully, they believe me."

After the groundbreaking sounds of 'Goin' Against The Wind' I wondered what Luke had up his sleeve next. He replied, "I am now working on a demo that is in a totally different genre of music. I'm recording songs that I have written on guitar, which require singing rather than rapping. I think it's gonna be just as good for that genre as 'Goin' Against The Wind' was for rap."

Hey there my brother. Just checking out some of your older stuff. Reminiscing about some of the great and special times in my life. Love you bro. Also was listening to some of the FOAM album. Great inspiring music.

For more on Luke visit the Luke artist profile