Majelen: The Australia folk pop singer no longer Running With The Wolves 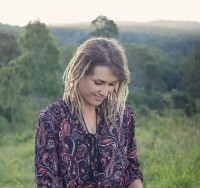 An independent single which has just gone onto the Cross Rhythms playlist is "Running With The Wolves" by folk pop singer Majelen from Brisbane, Australia. Majelen spoke about her radio hit. "'Running With The Wolves' is about when you put your trust in people and it turns out maybe you shouldn't have. It's about betrayal, and coming out the other side and realising that you can do it, you are strong enough, despite what other people might think of you. It'd God who we can trust in, of course. There's always a higher person and a higher way of doing things. The Bible shows me when things are tough that it's actually not all that bad and there is always someone who loves me and who's got my back and who I can turn to all the time, regardless of anything else that happens in the world."

Helen 'Majelen' Ashworth grew up "just a bit south of Brisbane" and was always engaged with music. She said, "My mum took my sister and myself along to a kids music group. I was a toddler; I don't even remember going I was that small. I did singing and dancing and clapping music stuff before I can remember so I guess it's always been there. I started playing guitar when I was 13. Later I studied jazz guitar with James Sherlock who's internationally renowned. I was always too scared to sing so that's why I started playing guitar in the first place. A lot of people find words easier to communicate through than music when you're trying to convey a particular meaning so I ended up putting lyrics in as well. That's been a good move I think."

Critics have hung the phrase "folk singer" around Majelen largely because the singer/songwriter's songs often tell stories. She said, "People are intrigued about what the stories are about a lot of the time. I also like to invite people to be part of it and share their story. I think everybody has an important story to tell. We've got our unique story but then we're part of a bigger story. I like to make sure that other people know that that's the point of what I do. It's not really about singing, it's about everybody."

So far Majelen has released four singles. She spoke about "Me And You", released in May last year. "'Me And You' is about family. My family has been through a lot over the years and I was fortunate enough when I was growing up to have some very good friends I went to school with and their parents kind of adopted me as their fourth daughter. They showed me a lot about forgiveness and going through tough times with someone that you love and coming out the other side of that; and sticking together as a unit, communicating and all that sort of thing. I'm really grateful to have known them during those years of my life. That story is kind of for them." 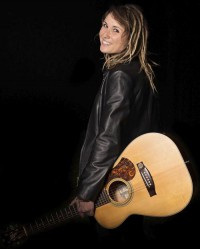 Her next single "Angels In The Dark" has a more dramatic genesis. "I went to Thailand on a missions trip; I was going to Hillsong Church at the time. We went over there to teach English but I ended up spending some time on the streets with girls while they were working in the red light district in a city called Sungai Kolok, on the border with Malaysia. We heard some of the girls' stories and I met some of the pimps, some of the club owners and I was in amongst that world for a few days and nights. I realised that most of the girls that were working were between 12 and 16 years old. They were taken and trafficked from other poorer parts of south East Asia. I was 20 at that time and most of them would not live to be 20 because they die of a drug overdose or they just disappear or they're murdered. They have such a short and horrible life that nobody knows about a lot of the time. The girls that I spoke to, whose stories I heard, nobody would know their story unless someone would speak on their behalf. That's kind of why I started singing because I realised that when I'm on stage I have the opportunity to be heard by a lot of people so I should say something that's worth hearing, and speak for those who can't speak for themselves."

Her most recent single is "Mackenfield". She said, "Mackenfield" came out on 19th July. It's named after a farm down near Tamworth in New South Wales where I first learned to ride a horse. It's a magical place I love dearly. The song is about a good time in Australia basically."

Majelen is also planning the release of an instrumental, "The Story". She enthused, "I really like that one. There are no words in it; it's about celebrating humanity, celebrating the fact that we all have a story and we are part of a bigger story and when we all come together it's really beautiful. I'm looking forward to that one going out in the world. I don't know how it will be received cos it has no words, but we'll see.

"The reason why I love music and why I love travelling because in so many cultures music can be a powerful spiritual thing, even if it's not in a worship setting. I love seeing people in all different parts of the world, in different festivals and things. I played up in Townsville last month at a festival and people came to me and said I really enjoyed your music because it helped me for this reason; it showed me a different way of thinking. I like going to different events and seeing how it brings people together. On a spiritual level even if you don't have the words God and Jesus and all that in there it still can do the same thing."

This world travelling Australian has already made one trip to the USA. She's not sure when there will be another one. "I've been to the States before and I really liked it. I like it because of the countryside, it's amazing, the diversity. As an original musician in Australia the market is very small; it's growing but slowly. I have friends who have left for the same reason. A lot of people leave and make a name for themselves and then come back. It is a shame that that does seem to be the way things happen. I may go back to the States at some point; I'm not really sure what the next move is yet. I want to go travelling at the end of this year, I haven't picked where yet. I'm in the middle of planning and figuring out what the next move is and seeing how music can fit in around that."