Margaret Becker: In an in depth interview we seek the soul of the CCM hitmaker.

It's been a fair wait but the new MARGARET BECKER recording could well be her best yet. Jan Willem Vink spoke to Margaret about the album 'Soul'. 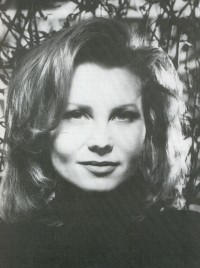 Since the release of her debut album in 1987 Margaret Becker has acquired an intriguing niche in America's CCM market. More rock than Sandi or Amy, yet with enough radio-friendly pop savvy to keep her well clear of the US Christian underground, Margaret has been able to sing carols on a Christmas album and the blues at the Cornerstone Festival - no mean feat. Her hot new album 'Soul' continues her long association with producer Charlie Peacock. 'Soul' isn't, as the title might suggest, an R&B-orientated album, but it does broaden out the Margaret Becker 'sound' and has already received highly favourable reviews.

Your manager told me your music is evolving towards an Annie Lennox type of sound. Do you agree with that?

I wouldn't. Of course, managers and artists have different ideas about the music. The similarity between an AL approach and what I am doing is that the music this time around is more textured. Every song I wrote on this album I composed on keyboards, which lends itself to more keyboards orientation in the arrangements. There isn't a song on this album that I wrote on the guitar, not a single one. I did that deliberately because in the past writing the majority of them on the guitar limited me. I know how to play the guitar very well, and because of that I have favourite things to play, favourite chord progressions. I kept going back to those chord progressions in a different key and basically, I was writing the same song over and over. I wasted a lot of time that way. I'd come up with what I thought was a good song and then I'd realise it was very similar to other works that I had made. I deliberately went away from the guitar so that I could come up with some new chord progressions and different ideas. Writing on the keyboards is a big challenge for me, because I don't play that well. It caused me to dig deeper and stretch further in my writing. Automatically, when listening to these songs, I could hear more keyboard arrangements, more layered, textured, very definitive arrangements, that were written out way ahead of time and already completely designed before going down on tape. That lends itself towards a more aggressive pop genre, so in a sense the texturisation of the music is more AL.

Do you feel you have reached your ultimate style musically?

The wonderful thing about being in contemporary music is that you can continually evolve. I don't even like the same music that I liked three years ago and I definitely don't like the same music that I liked ten years ago. Musically, I hope I'm always evolving. I hope I'm always experimenting with new sounds and approaches. I'm more comfortable with these past two albums than I am rehashing 'Never For Nothing' or 'The Reckoning'. Next year or two years from now, I don't know where I will be, because I'm constantly trying to experiment and to try different things and stretch myself.

Do you enjoy being in the studio?

I do enjoy it but not as much as I used to, I have to say. It's a very exacting microscopic process. Everything that is good is intensely good and everything that is bad is intensely bad. Even minute pitch problems or tone problems seem like huge looming giants when I go into the studio. So I get discouraged as a vocalist when I go in to sing, because everything is blown out of proportion. I kind of psych myself out, because when I'm in there and hear I have a problem with a certain line I almost immediately assume I can't get it right. It's so funny, 'cause when I'm on the road I get that line right 120 times in a row, every night impeccably right. So I know I can perform it, but it's just the pressure of being in that situation, being under the microscope with three or four people listening for every single nuance of pitch or tone, that makes me dislike the studio or like it less than I used to. I do like the creative process though. I do enjoy being there and having a say in the arrangements and generating ideas, but singing in the studio I don't enjoy. Working with Charlie Peacock, of course, has been a wonderful experience. Each time I do it, it gets easier and easier for us to work together. He increasingly understands what my musical aspirations are and I think more than ever, there's less of a handprint of Charlie Peacock with him stepping back and facilitating what my desires are. That's for two reasons. One, with each album I become more comfortable to voice my opinions and to direct the album's direction and I think the second reason is he and I have learned to communicate much better as each time goes by. So this time the album has less of a very strong Charlie influence and more of he and I putting our heads together and coming up with the arrangements and the overall tonal stylistic direction.

On the Keith Green tribute album, 'No Compromise' you recorded the song "Oh Lord, You're Beautiful", which had a more experimental sound. Do you think you continue that on 'Soul'?

Yes, I do. I feel it is very, very indicative of what is on 'Soul'.

Tell me about the lyrics on 'Soul'.

My albums always have been marked by songs that are prayers more than anything else. They're mainly prayers that are asking for forgiveness, strength, direction. Most of the time my songs have taken that sort of approach. This time they have much more contented lyrics. These past two years have been really very good for me in so many ways. I've had such great success in my career and friendships, and there hasn't been any horrible tragedy that could not be overcome. I feel the songs are a result of two and a half years of contentment and not feeling necessarily so short of what God wants me to be. In other words, I feel confident in my relationship with him. 'Soul' reflects that. There are just a few songs that are about looking forward to the time when I will forget everything that's happened to me on this earth, or forget everything that has been hard to deal with on this earth and looking to the time when I will be with him. There's one song called "The World I See In You" which is a very aggressive song talking about the world that I see in Christ.

That's not necessarily the 'Christian world' and it's especially not a fundamentalist world, it is a world of mercy, love and acceptance. That is the world that I would like to live in, that is the world that I would like to reproduce in my own personal existence. Then there are songs on 'Soul' that are just flat-out love songs to God. I think it's a more cohesive record musically. 'Simple House' had so many different approaches, whereas 'Soul' has one musical approach, progressive, textured pop. 'Soul' is very contented, there is not a lot of pleading and there's only one song that I would consider a prayer song and it's an uptempo one. One of the most intriguing songs on the album is "Soul Tattoo". For Christians in the US, the word tattoo is almost a curse word, because it signifies putting a mark on your body that would not be taken off. The word tattoo is so perfect to describe God's mark on us. What greater image could we use to immediately bring to mind how permanent God's love and his mark is on our life. "Soul Tattoo" is a very uptempo, sassy song that talks about the mark of love and how I personally wouldn't want anybody to remove it, not that they could, and how personally I am completely sold out to that mark.

What's the thinking behind the song "Say The Name"?

In the US the very fundamentalist Christians want you to say the name of Jesus all the time, as if it were a secret password to a secret club. And if you don't say it all the time they doubt whether or not you are a Christian or whether there is something lacking in your relationship with God. On the other side there are very liberal Christians who think that to say the name of Jesus means nothing, and we shouldn't say it because it means nothing in our culture, because of all the media attention to the mistakes that were made by people professing to be Christians. So these liberal Christians think the name means nothing and it has lost its relevance. My personal feeling of the name of Jesus is that it has a life apart from our interpretation of it. I think it is both overused and undervalued in our society. That's all the more reason why we should speak it correctly in the right context, with the correct actions to follow it up.