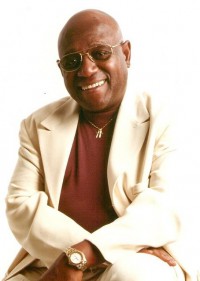 Two giants of '60s soul music were James Carr and Mighty Sam McClain. The biographies of both have many similar features. Both began their musical careers singing in church, both moved into secular soul music in the early '60s and recorded a string of singles. And both in the twilight of their careers found an unexpected niche audience for their music, long after African American tastes had moved on from gritty Southern soul, in Japan and Europe. But in two important ways James' and Sam's career trajectories were very different. Firstly, although never making it to the upper echelons of pop success a la Otis Redding, James Carr enjoyed a string of R&B hits. For his part, McClain, or Mighty Sam as he then recorded, never enjoyed a single R&B hit. And secondly, although the lifestyles of both singers, after their early years of church going then going into showbiz, eventually led to immorality and substance abuse, one of them returned to Christian faith.

Both singers had been nurtured in the church. James Carr's father was a Baptist preacher and he sang in several small time gospel groups before taking the secular music shilling and signing with Goldwax Records. Mighty Sam McClain too was a child of the church and as young as five was singing in his mother's gospel church. After meeting record producer Papa Don Schroeder in 1965 Mighty Sam began his soul career the following year when he recorded a smoulderingly soulful version of the Patsy Cline country song "Sweet Dreams (Of You)". Despite its quality when issued on Amy Records (and it getting a UK release), "Sweet Dreams" didn't hit for Sam. That same year James Carr was to get his first R&B (number seven) and pop (number 63) chart hit with the smouldering "You've Got My Mind Messed Up". For the next three years the two gospel-singers-turned-soul-artists continued to make a string of fine soul singles.

Between 1966 and 1969 both released 10 singles. Carr continued to enjoy hits such as 1966's "Pouring Water On A Drowning Man", 1967's "The Dark End Of The Street", 1968's "A Man Needs A Woman" and 1969's "To Love Somebody" and had two albums released by Goldwax, 'You Got My Mind Messed Up' and 'A Man Needs A Woman'. All Carr's recordings showed a vocal debt to '50s hard gospel quartets but now, accompanied by a tight house band assembled by producer Quinton Claunch, sang songs of romantic love and human betrayal. The New York Times was to describe James' voice as "a robust baritone that embraced amber-toned purity and desperate growls."

Mighty Sam's releases of the same period are equally powerful and for the small clique of soul music connoisseurs who enjoyed their UK release, every bit as brilliant as Carr's hits. Sam's "Badmouthin'" of 1966 and "When She Touches Me" of 1967 were particularly revered and in 1969 Dave Godin's Soul City Records even released a UK-only compilation, 'Mighty Soul'. 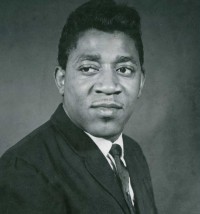 By the '70s the tastes of America's record buying audience - both black and white - had moved away from Southern soul and gigs and recording opportunities dried up for both singers. Both singers struggled. Substance abuse and in Carr's case the mental condition known as bipolar disorder played havoc with their lives. By 1979 a growing interest in Southern soul in, of all places, Japan led to Carr touring there though during one gig he froze in front of an audience following an overdose of anti-depressants.

In Sam's case there were lengthy spells away from music and the singer and songwriter was forced to clean toilets, wash dishes and, after moving to New Orleans, selling the plasma from his blood. But after a bout of living on the streets things gradually improved for the singer. A reggae-rhythmed single "Pray" was recorded with engineer/producer Carlo Dilta. More importantly, Sam returned to regular church going. By the time in 1986 he was contacted by a Japanese promoter he was including blues and gospel songs in his live set. Sam recorded an album 'Live In Tokyo' which included "Pray" as well as songs originally performed by other singers who'd moved from gospel to soul like Sam Cooke and O V Wright.

By 1992 Sam had moved to Boston and had begun recording albums for Audio Quest Records. 'Give It Up For Love', which included what one critic described as "Al Green's rejoicing thumper 'I Feel Good'" and which eventually sold over 100,000 copies, proved to be a launch pad for several more albums. One of them, 'Keep On Movin'', contained a blistering version of the Thomas Dorsey evergreen "The Lord Will Make A Way" - a song Sam remembered his mother singing. Speaking about his 'Journey' album in 1998 Sam enthused, "There's one song I'm specially proud of called 'Thank You'. Of course I dedicate that to the Mighty Man. In Epping where I'm living I woke up one morning about five o'clock. The sun was coming up on the trees and I just couldn't stop crying 'thank you!' When living in garbage cans I promised God that one day, if I ever get a chance to sing, I'm not gonna forget and I'm not gonna forget your name."

Like Mighty Sam, James Carr found an appreciative white audience for his soul music in the '80s and '90s, a resurgence of interest spurred by his portrayal in the seminal book Sweet Soul Music by Peter Guralnick. That and compilations of his Goldwax recordings seemed to momentarily revitalise Carr's moribund career. The album 'Take Me To The Limit' was recorded and released in 1991. But James was in no condition to tour or promote it. He was frequently in and out of psychiatric hospitals. On 7th January 2001, at the age of 58, Carr died from lung cancer (no doubt exacerbated by his copious intake of marijuana cigarettes) at a Memphis nursing home. In a tribute to him The New York Times wrote of "the Soul Singer Whose Life Reflected The Blues. The same could be said of Mighty Sam McClain who died on 16th June 2015. On his 2000 album 'Blues For The Soul' Sam recorded his composition "Jesus Had The Blues". It is a stunning reminder of the Man Of Sorrows and his sacrifice on the cross.

There ae many similarities in the life stories of Sam McClain and James Carr - childhood poverty, gospel church, the showbiz world of recording and touring, substance abuse and destructive lifestyle, the trauma of losing an audience for their music, even the encouragement in finding a new one. I enjoy listening to their music. But personally I want to rejoice that The Lord Will Make A Way and that I don't need to live on The Dark End Of The Street.