Nick Gill: Being picked out from the singer songwriter crowd 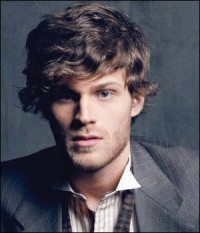 Nick Gill is a young Nashville-based singer/songwriter whose "Row" and "By The Way" have both received Cross Rhythms airplay. But that's nothing compared with the accolades heaped on the songsmith since the release of his mini-album 'Waves Are Only Water'. Life Is Awesome website observed, "The sheer number of singer/songwriters trying to break into music can make it difficult for one to stand out without a clear differentiating factor. Enter Nick Gill." Y'at Magazine was even more enthusiastic: "Gill shows much promise musically as his career has only just begun. There's great raw emotion communicated through his tracks enabling Gill to sound more like a young Jack Johnson rather than a high school student playing guitar." In fact, although a mere 21 years old it's not really true to say Nick's music career has only just started.

As it happens, the Washington DC-born singer/songwriter has been writing and performing music for years. In 2006 while still in eighth grade he recorded an album 'Cause It's True Love'. He said, rather ruefully, "I wrote about high school 'romance' among other things a high schooler has to deal with including English teachers, etc." More recordings followed. "I wrote 'Through The Straight And Narrow' in ninth/10th grade. This record was a turning point for me because I started writing hopeful songs. I still didn't know what I was hoping for in the big picture of life, but looking back I can see God's plan and how he worked in those songs." In 2009 a self-titled EP was recorded at Fudge Studios in New Orleans. As it turned out, the project contained the songs "How It Feels" and "By The Way" which were later included on 'Waves Are Only Water'.

The songsmith spoke about his spiritual awakening. "I always grew up with the knowledge of Christ and his sacrifice for us, but it never quite hit me until I moved to Nashville after graduating high school. I found myself living lonely in an apartment on music row. I craved alcohol at every moment and my life was spiralling down hill. I tried to look for peace in my success in music but as doors starting closing in my career I became more and more jaded. I remember one night pacing around in my apartment and talking to God. Telling him that I'm not going to worry about my future. I'm not going to let my fears take control and I'm going to let you take over my life. It was at that point that I wrote a song called 'Row'. A couple days later my producer Ed Cash, an incredible man of God who leaks Jesus, emailed me giving me the opportunity to work on a record with him."

Working with Cash on 'Waves Are Only Water' was an amazing experience for Nick. He shared, "It was eye opening to see how the Cashes and their assistants created a recording environment that was filled with joy. I am continually in awe of how God works. How he's able to take a broken, lost person and change them within and bring that person a community that will build them up in their faith. I no longer crave and idolize the things I did. I do have days where I feel like I'm slipping away, but I remember that I'm saved by the grace of God and his sacrifice and that always humbles me." 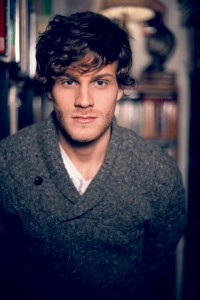 Nick spoke about "By The Way". "It was actually written as a love song to a girl back in high school. But now it's become a constant reminder to me that God's love is not based on my works."

Nick currently attends the Crosspoint Church in Nashville and is now busy writing songs for a full length album. He spoke passionately about how his fulfilment is now in God. "Nothing in this world is ever going to do it for me. No matter how far I travel, no matter how many fans I have, if I reach my dreams or if I'm filthy rich; none of that stuff can fill the gap in my heart. Only Christ can."