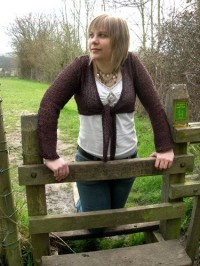 There can't be many artists whose first ever concert was also the source for their debut CD. Clearly Sussex-based singer/songwriter Olwen Ringrose is not following the standard well worn paths of the music industry. Yet equally clearly her music has managed to catch the ear of the critics. The reviewer of 2004's 'Live At The Chapel Royal' wrote of Olwen's "wistful tones" that conveyed "an appealing mood of gentle retrospection"; 2006's 'Daughter Of The King' drew forth the comment that Olwen "has a lovely, slightly whispery voice which glides through the album"; while a review of 2010's EP 'Hardly A Day' suggested it "could just be the finest of Olwen's career so far."

So who is this 33 year old singer, songwriter and pianist? During a visit to the Cross Rhythms studio where she was accompanied - quite literally - by renowned producer and keyboard player Mark Edwards - Olwen recounted her story. "I was born in Cuckfield, which is a small village north of Brighton. My maiden name is Mynett. My Mum is a flute and piano teacher and primary school music teacher, and both mum and dad played in a Renaissance music band. My Dad played the hurdy gurdy. I got tortured in my youth and made to wear Henry VIII type clothes! I started piano when I was five and violin when I was seven, and started singing in West Sussex County Girls' Choir when I was eight. So I had a kind of orchestral choral background."

It was in the choir that Olwen had her first experience of recording. "I was 15 and I wrote a couple of songs on an album the choir recorded. I remember one of the songs was called 'You're With Me Always' and it was absolutely awful."

While at Leeds Metropolitan University taking a media technology course Olwen met up with musician Aaron Scollen. Olwen remembered, "We were in the student group in our church called Redeem and as part of that we were writing worship songs and non-worship songs and singing around. We recorded [a six-song EP, 'Hold'] at one point. Aaron and I sat down in one of our houses and just started writing songs. That's probably the first time I wrote anything good!"

Back in Brighton almost 10 years went by. She married Scott Ringrose in 2002 and continued to lead worship at CityCoast Church, Portslade. Then in 2004 Olwen, who had been busy writing songs down the years, made the momentous decision to record her own album. "I sat down with some friends one day and said, 'I'd like to record an album,' because at the point about three people in my church had gone off and done albums. I said, 'I've got this body of work and I'd quite like to record it.' I sat down and played them and they said, 'Yeah, that's great; we'll get Mark Edwards to produce it.' So they organised the meeting. I think they just believed in me and it gave me the confidence to try it." 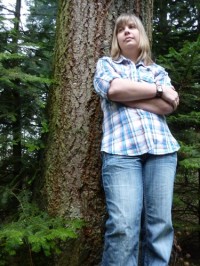 Recorded at Chapel Royal, Brighton, the album 'Live At The Chapel Royal' featured fine musicians. As well as Edwards' fluent keyboards, the set featured bass by Kevin Jamiesen (Paul Oakley), guitar by Matt Weeks (Cathy Burton) and drums by Calum Rees (Vineyard UK). On its release Olwen's style was described as "a mix of folk, jazz and contemporary influences."

Two years later Olwen recorded her second album. Recorded at Mark Edwards' Orange Room Music studios in New Haven, it featured Edwards on keys and, on one track, accordion, with Dan Wheeler providing delicate acoustic guitar patterns and some decidedly pastoral contributions from Julian Nicholas (whistles) and Rebecca Mynett (harp). 'Daugher Of The King' was a distinct move into music with a folk feel. Explained Olwen, "Obviously my background is renaissance with my parents. Also, they had a Steeleye Span album when I was young which I liked a lot. So I've always been into folk, basically from there, and I developed an interest in lots of different folk music. It was slightly self-indulgent, I just wanted to do a folk album because I liked folk. The title track is particularly quite a folk song, it was based on a Welsh folk tale. My mum's side of my family is Welsh."

Self-indulgent or not, the tremulous beauty of 'Daughter Of The King' caught all who heard it. Shortly after its release Olwen was asked to support worship leader Kate Simmonds on her final UK tour before Kate moved to Australia. Then in 2009 Olwen passed her latest batch of songs to Mark Edwards which were to become the EP 'Hardly A Day', a project which had a distinctly different approach to the pastoral folk sounds of 'Daughter Of The King'. Said Olwen, "I just gave Mark the songs and he said, 'Let's go this way'. Mike Rimmer has coined the phrase 'vibey pop rock'." Whatever you label it the EP is a delight of skilfully crafted music. Olwen spoke about the EP's title track. "'Hardly A Day' is about people who are special to you, but you might not be that special to them. There are some people in my life and I think 'they have really influenced me and made a big difference in my life, yet I don't think I've made that big a difference in them'. It's just that kind of idea."

Another fine song is "Close Personal Friend". "It came from the idea that, we often say that 'Jesus is our friend' and yet we expect him to give us commandments and tell us to do things. I think, with my friends, what I really want from them is advice. It kind of came from that idea; that Jesus is our friend and gives us advice."

Olwen also commented on her song "Belong To You". "Paul wrote 'My life is not my own, I've been bought with a price.' In my song there's a lyric that says, 'All my spirit and all my frailty belong to him.' I think, as Christians, we are often quite happy to give God all the good stuff in our lives, like all my strengths and all my talents, I can give that to God. But all the stuff that we struggle with, sometimes we want to hold those close to ourselves. If God really is God of everything, then we need to give him all of that stuff as well and allow him work with us."