Patsy Moore: The private confessions of a Renaissance Woman 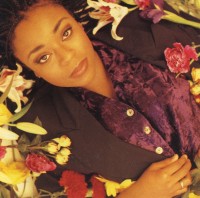 In 1992 Antiguan-born singer/songwriter Patsy Moore told CCM magazine, 'I probably have more the 'poet's soul' than a 'minister's soul,' in the sense that one is called specifically to a ministry. I think art in and of itself has the ability to communicate ideas to people, and there's always the potential for someone to walk away from what you do feeling that they've been ministered to." Back then Patsy was the new kid on the Nashville block, Warner Alliance Records having just released her critically acclaimed album 'Regarding The Human Condition'. 17 years on the black songsmith is still making music which defies standard categorisation with her independent album 'The Most Private Confessions Of Saint Clair' showing she is still one of the most thought provoking songwriters in the whole of Christendom. In many ways she is the archetypal Renaissance Woman. She told Mike Rimmer, "As well as music I write essays, I do a little poetry and I've been doing a little film making over the past couple of years. I've done some self-publishing of my essays but I've also had my essays included in other published works like essay collections. The subjects are usually the humanities and arts and religion and spirituality and probably politics."

Patsy admitted to having cut down on her political outbursts in recent times. "I've really cut down on my political discourse which is a bit surprising to some friends. I think because I'm realising as I get older that my fascination is less with the politics of politics and more with the things that incline us towards politics, if that makes any sense. So I'm more interested in the human pursuit of systems that work and the things that we do in order to work and not so much in the dance that goes on within the political world. I've been interested in politics since I was very young. I intended to go into broadcast journalism, that's what I went to college for. Working in journalism from the time I was in high school, I did a lot of political coverage and for a while in high school I didn't know if I wanted to go into journalism or politics itself. So I did some summer policy-making programmes. At that stage when you're young and idealistic and you feel that the world is your oyster that tends to be when most people get involved in politics. But the system itself seems to very quickly rob people of that integrity which is the unfortunate thing. You get excited when you see somebody who seems integrity-filled running for office and then, should that person win, you often see that integrity slip away because of the system and that is the really unfortunate part of it."

Patsy went on to speak about her latest album 'The Most Private Confessions Of Saint Clair'. "It's actually a play on words. The songs were originally meant to be released at a time that I was living on a street in Studio City called St Clair Avenue and the songs, in a large part, were pretty confessional so it was actually a play on the name of the street."

The album certainly impressed the Cross Rhythms reviewer, who wrote, "The title track offers an intimate confessional backed by a sparse blend of percussion and playful melodica, whilst the funky soul of 'Defenceless', and 'The Curve', an achingly beautiful song of being lost in the love and beauty of another, exemplify the musical spectrum Moore seamlessly crosses. 'Around That Town' offers brooding bass and an insistent synth sequence reminiscent of Paul Simon's 'Surprise', and just when you think you have Moore pinned down, the song blossoms into an unexpectedly cheery coda, all ascending strings and uplifting piano. These most private of confessions give the listener an intimate gaze into the heart and soul of a very special artist." 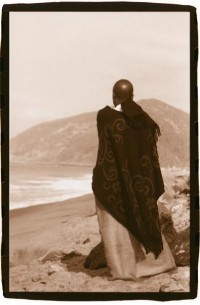 In the past Patsy's music has been described as "hugely eclectic." She admitted that's pretty accurate. "There are not many kinds of music that I don't enjoy. My personal record collection is quite eclectic so I think my influences are all over the place and as a result so is the work that I do. That's what's informed me but I tend to write according to the mind set that I'm in at the time, the mood that I'm in at the time so sometimes I'm in a gypsy-speed-metal kind of mood, or I'm in a lounge music mood. Vocally I always get the strangest comparisons like in terms of songwriting the comparisons tend to make a little more sense to me. I had someone come up to me in Nashville and tell me that I reminded him of Eartha Kitt."

Patsy grew up on the island of Antigua. After earning a degree in broadcast journalism from the University Of North Carolina, she landed a job as a songwriter for music publisher the McSpadden Group in Nashville writing songs for such acts as Trace Balin and Kim Hill. In 1992 she recorded her own album 'Regarding The Human Condition' which tied the critics in knots as they tried to pigeonhole it with Dionne Warwick, Joni Mitchell, Peter Gabriel and Paul Simon being named as possible influences. Standout songs included "Lies (That I Have Known)", a powerful critique of pop psychology and pseudo intellectualism, and "I Remember", a sad ballad looking back to when Patsy suffered depression and engaged in suicidal fantasies. Considering its impossible-to-pigeonhole credentials, the album amazingly produced a Christian radio hit with "A City On A Hill" which undoubtedly encouraged Warner Alliance to try again with 1994's 'The Flower Child's Guide To Love And Fashion'. The intriguing album title stemmed from two songs, "Flower Child" which used the metaphor of a blooming flower to describe the regeneration of the human spirit, and "How It Should Be (Love And Fashion)" which portrayed a modern hippy's visit to a traditional church. The album also featured a duet with CCM mainstay Phil Keaggy.

After 'The Flower Child's. . .' release Patsy disappeared from the Nashville CCM scene but in other areas found considerable acclaim. Famed jazz diva Dianne Reeves in 1999 recorded two of Patsy's songs "I Remember" and "Goodbye" on her 'Bridges' album. That same year, Moore joined keyboardist Charles Mims (Patrice Rushen, Tracy Chapman) in writing, arranging and producing 'Kwanzaa For Young People (And Everyone Else!)', a CD and educator resource guide on Charphelia Records which garnered numerous commendations, including Teachers' Choice, Parent Council, Parents' Choice and Kids First awards. At the start of 2005, LA's Walt Disney Concert Hall dÃ©buted 'Misa Justa', a symphonic jazz mass by composer Eduardo GutiÃ©rrez del Barrio, performed by the Los Angeles Philharmonic, a large choir, and a small group of soloists. That ambitious work, widely described as "a celebration of womanhood", featured five sung poems written by Moore.

Another outlet for Patsy's creative skills has been film making. She told Mike Rimmer, "I started off doing mini documentaries that were primarily about environmental issues. It wasn't because I wanted to make a career of that, it felt like a good way to get started and figure out what my eye is and what my voice is as a filmmaker. I'm actually now moving into doing short films that are dramas, intimate, French sort of filmy kind of things." 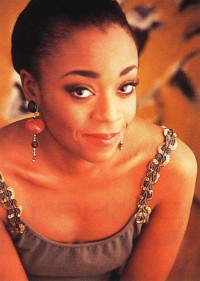 All Patsy's creativity, whether music, prose or film making, is informed by her Christian faith. She said, "I don't have a real definition for where art is derived from but for me it comes from a very deep spiritual place. Not necessarily a religious place but I've always been very aware of a presence greater than me simply because of the way it's manifested in my life artistically. My first understanding of God as a child really came in that way through poems that I wrote. I started writing songs when I was about seven and I always had that experience in creating art where the art is created and then I step away from it and it doesn't seem as though I had anything to do with it at all. It sort of takes on its own life and I feel very fortunate to have been able to be a conduit for that. People have different ways of explaining what that is but that was my first awareness of God's spirit - something sort of breathing through us and creating through us."

In recent times Patsy has had to battle against serious illness. She said, "I'm actually quite miraculously a stage four cancer survivor. But I also live with lupus and I have another auto-immune disorder that's known as Addison's disease which is in a fairly progressed state so those are the two things that I'm wrestling at this time. Both are quite enhanced by the years of cancer treatment. My immune system was quite depleted by those treatments so it's been a challenging few years healthwise but I have full confidence that I'll pull through." Patsy continued, "I really feel - and this is not hyperbolic at all - I feel like being able to make art has saved my life. I've gone through long periods even recently of being bed-ridden and I was going stir crazy. It's the easiest thing in the world to be in that position and to lose hope when you're at a place where you feel so depleted and so dependent on others for basic type things. It's easy to lose your sense of self and direction.

"The way out of that for me was to be about making art, be about something that was taking me out of myself or helping me express the parts of myself that weren't damaged. I actually started doing a little video flash essay, documenting my experience of being ill because it was something I could do from bed. I loaded all of my film software into my laptop and was actually able while I was in bed to work on that. The interesting thing was even though the topic of the project was my health battle, it allowed me to take my mind off the battle itself and focus more on just the very gratifying experience of telling a story. I feel strongly that we all have a purpose in life and I also know that many people live and die without realising that purpose. For me, I've always had a very strong sense of my purpose and I do believe that that has a great deal to do with why I'm still here. So it isn't just about me being - I've had people say to me 'Oh, you're just so brave and strong' - I'm not sure. I think you can find any given day in the week when I'm neither. It's more about the fact that I by faith see something that's beyond the current circumstance or experience. I feel like my life has this story to play out and I'm not at the end of the story yet, so there's no part of me that's willing to walk away from my life until I've fulfilled that."