Paul Baloche: A new beginning for the father of US modern worship 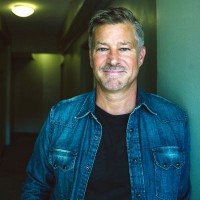 In the same way that Graham Kendrick is considered the founding father of the modern worship movement in Britain, Paul Baloche is similarly hugely esteemed for his vast contribution to the growth of modern worship in America's churches. A native of Maple Shade Township in New Jersey the singer, songwriter, guitarist, pianist and worship teacher has written some of the most performed songs in American church services including "Open The Door Of My Heart", "Hosanna", "Your Name", "Above All" and, co-written with Michael W and Debbie Smith, "A New Hallelujah".

For more than 26 years Paul and his singer/songwriter wife Rita made their home in East Texas. There when not touring, Paul served as worship pastor at Lindale's Community Christian Fellowship. He and Rita raised their family in Lindale. Then one day in 2015, after returning to a house full of empty bedrooms, the couple knew the time had come to consider a new season. Paul recalled, "We pretty much said out loud: the easy thing would be for us to just stay right here and rock on our porch. Nothing was broken; it didn't need fixing. But it was good to hit the reset button and let go of the comfort and roll the boat into some new waters." The couple put out a fleece, told a realtor they were considering selling their house if an offer came along. Without even going on the market, the house sold within a month. So Paul and Rita left their church family with a blessing and headed back to the land from whence they had come - the north-east. They stayed between their eldest daughter Sarah's home near Philadelphia and their son David's studio apartment before eventually landing in a one-bedroom apartment in New York City.

It was wild new adventure for the couple. Said Paul, "We didn't know exactly what we were going to do in New York." For the previous 18 months Paul had been ministering at festivals, conferences and workshops in the USA, UK, France, India, Netherlands and Philippines. But as Paul explained, "Our prayer was, 'Lord, we would like to be available to the Church in New York and to be an aunt and uncle or mother and father to these kids in ministry who are just getting started."

Plugging into a church with their son - himself a singer/songwriter and teacher - the Baloches began building a new community, reaching out to churches like Christ Tabernacle in the Bronx, Redeemer Church and Trinity Grace. And so a new album 'Your Mercy' began to take shape. Produced by Baloche and longtime collaborator Michael Rossback the album delivered 12 songs written by Baloche with co-writers including All Sons & Daughters, Michael Neale, Corey Voss, Andi Rozier (Vertical Church Band), Aaron Shust, Meredith Andrews, Aaron Gillespie, Jason Ingram and Britain's Matt Redman. Said Paul, "We did the recording live in the studio with a few members of Brooklyn Tabernacle and then Christ Tabernacle which is in Queens, and David Gungor of The Brilliance. That brought in a bit of a different angle with strings and an orchestral approach. This album was an interesting mix with black gospel singers, Hispanic, and orchestral players and we were all just live in the studio." 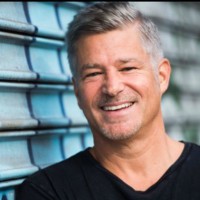 Paul commented on those young Christians who'd grown up in the church but who were finding themselves somewhat disengaged by pop rock worship. Said Paul, "What I've found is a lot of kids who grew up in charismatic and evangelical churches were finding more relevance to their faith with things that were rooted and grounded in tradition, from Anglican to anything that had a liturgical, historical grounding to it."

Worship with a liturgical flavour is now something Paul, Rita and their son and daughter are regularly experiencing at Trinity Grace Church in New York which they all attend. Paul said, "I don't know if I'd go so far as to call it an Anglican church but it has almost that sort of modern Anglican approach; there's a call to worship, there's liturgy and yet within that structure there's a communion, there's the confession of faith, but within that structure there's a bit more contemporary worship, guitar-driven with a few orchestral instruments. I love it, it's been really refreshing. I've had 25 years of rock, guitar, bass non-denominational evangelical worship expression. I still love and enjoy it. However, I'm enjoying seeing what the next generation, this particular group of 20, 30 somethings like the hymns, and some modern songs, but there's still a reverence and a solemnity and a traditional feel to the service."

I suggested to Paul that he is today straddling two different parts of the Church - the evangelical charismatic and the liturgical emerging church. He agreed. "I really am and yet I'm excited because I'm in my early 50s. I've been doing this a while and I don't ever want to stop growing and being challenged and I'm willing to concede that what God used in a certain period of time in terms of style and expression. I'm willing to let go of things that at one point had great meaning or context but as you say, simply having your hands in the air doesn't mean that something's happening in your heart. Sometimes the guy with his hands at his side is experiencing a deeper. It's hard to say, I don't want to judge the outside. The large point is we want the Spirit to be alive, the Spirit in whatever structure or expression we are presenting, that we cry out and ask for the Spirit to breathe life into these dry bones. Otherwise our services become dry bones - even what can seem a lively Pentecostal service can be just as dry."