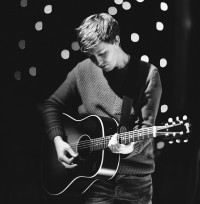 Cambridge-based singer, songwriter and worship leader Pete McAllen is a musician who down the years has suffered a little at the hands of reviewers. In 2005 Cross Rhythms wrote about his 'Plug In' EP, "Pete could clearly benefit from a fuller sound," and in 2008 his EP 'The Optical Illusion' brought forth a comment from another Cross Rhythms reviewer, "The CD's production is a let-down, the drums in particular sound boxy and the mixes don't do justice to the tight musicianship." Finally, in 2015 Pete's first full length album 'I Hear Your Voice' received an entirely positive review, "Musically it's brilliant, the creativity is top notch, the vocals are pure quality, the songs are fresh and exciting, melodies are both interesting and enjoyable and the lyrics are original." Unfortunately, the latter review was published on a well-meaning Christian site which suffers from a reputation for praising every album it receives.

As it turns out though, a review on iTunes by one Jan Smith is spot-on: "What a joy! This is a wonderful debut album from Pete McAllen - worship leader at C3 (Cambridge Community Church). Having had the privilege of attending an evening of "lounge worship" where Pete and his wife Lizzie masterfully performed many of the tracks in an acoustic setting, this is an album that is set to be a favourite in my CD collection. It has a personal, intimate feel about it and will lead the listener into a place of deep worship and devotion in their personal worship time with God."

Pete was born in a small market town in Suffolk called Eye and brought up in another small place called Diss, on the south Norfolk border. His mum and dad were Christians. Pete remembered, "My parents had told me about Heaven and Jesus; the story goes that I asked them if I could invite Jesus into my life, and they said, 'This is what you could pray'. The next morning I came running into my parents' bedroom and shouted, 'Mummy, daddy, I prayed the prayer and I feel different: I've got Jesus in me!' Legend has it, that's how I became a Christian."

Music soon became an important part of Pete's life as well. "I picked up the violin at seven and really enjoyed playing it. At 15 I picked up the guitar and starting strumming in my bedroom all the old classics - Matt Redman, Delirious? - annoying my mum downstairs in the kitchen."

Pete spoke about his first recordings. "One hasn't seen the light of day, and probably never will. It was a five-track EP. I had been leading worship in a small church in Hertfordshire and felt I needed to do something about reaching people who aren't Christians and carrying God's presence into places. I called up a couple of covers bands and asked if I could be their support act. They were very gracious and let me. I played these songs which were written about God but not direct worship songs. I had times in those pubs which were crazy - some where you were just playing a set and other times you could sense God's presence moving. People would come up to me sometimes and say, 'What is it you're taking?' I'd say, 'Nothing'. I was quite naive. We tracked these recordings; some friends helped me do it pretty cheaply. They're not the best recordings, looking back, but they chart a journey of where I've been and what I've done." 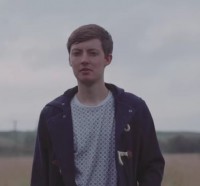 Pete continued, "The next recording was better - a little bit more mature. I'd been working with a session musician to record it. Although the production wasn't great, the songs we'd played live a lot; so there was some airplay on some regional and national shows. Not huge amounts of coverage, but it was a better recording. That was from the gigging - playing live at venues in London and Hertfordshire, where I lived. I worked part-time as a singer/songwriter, and part-time for Christian Aid. I worked with young people. It was literally a 50/50 split of my hours, which worked so well for me: I really believed in what I was doing with the charity, and I got to play a lot. I got to stack up lots of gigs every year."

Pete met a New Zealand-born singer Lizzie and soon they were performing together and three years later got married. Pete wrote all the songs that appear on 'I Hear Your Voice' with the exception of two. He explained, "The first track, 'Spirit Is Life', is a co-write by the producer, Dave George. The other one, 'Behold Our God', is written with my brother-in-law, Mark Alty, who's a drum and bass producer. He's one of the leaders in York City Church. He studied music in York; he's been writing for ages - he's super-talented."

Pete explained how the co-write with Mark came about. "Mark had sent a song to me - in fact, a whole album of all his stuff. My sister was singing on this particular song, 'Behold Our God', and as soon as I heard it the chorus just stood out. We listened to it loads. But it got to the verses, and it wasn't quite where it needed to be, so I said, 'Any chance I could help you write this one? I really like it; and maybe it'lll appear on the album'. I'd been writing for the album for some time. He very kindly let me pull it apart. Of course, we kept the chorus. It took ages to write this one because it was so different in feel; his version is quite different to our version."

Pete's favourite song on 'I Hear Your Voice' is "Enemies". He said, "I think it sums up who I am as a person. It's about the armour of God, standing your ground: 'All my enemies may surround/But I stand my ground, filled with the spirit of God'. We'd been to see the film The Secret Life of Walter Mitty sometime before writing it. Really inspired by JosÃ© Gonzalez's music; it's a great soundtrack. I'd already written song, but it sounded too happy for the title; so I went away and tried to re-write being inspired by one of JosÃ©'s songs - threw in that G-sharp minor, and that was it."

Lizzie agreed that "Behold Our God" is something special. She said, "It's such a beautiful song, and when it gets to the bridge, you let it rip. It takes you through all the different gears of the song. I love the song not just to sing but to listen to; the recording is quite different to how we do it live. It's one of those songs that's great to listen to at night: it's got a real atmosphere to it. It's probably my favourite live."

The growing number of people who've heard 'I Hear Your Voice' are struck by the excellence of the production from Dave George. Enthused Pete, "He's a bit of a legend in my eyes. He's a keys player based in London, a good friend of ours; he goes to Hillsong church. When we got in the studio and we started tracking the drums, we had no idea he knew so much about tuning and mic positions. He's a bit of a genius. It's one thing to write a set of songs and think they're almost studio-ready. It's another thing to play it to the producer, and the producer actually gets what you're trying to do. We sat down and we worshipped through 'Shadowy Place' as the first track - him on the keys, me on the guitar - and it came alive. That was when I knew this guy gets the heart and soul of this recording; and he's been brilliant to work with."

Pete is a great singer/songwriter and worship leader who is part of the christian music ministry... Ministry of Music. If you would like to book Pete for an event you are putting on please contact mike@ministryofmusic.co.uk www.ministryofmusic.co.uk

his ,music is so good ,but to see pete play live is a blessing and awsome thing to see ,he is so good live,waiting for him to tour the uk ,ps great guy