Lins Honeyman investigates the Scottish worship collective SATELLITE following the release of their album 'One Church, One Voice'

It has often been said that Scotland lacks a cohesive worship scene and that Scottish worship leaders sometimes find their task to be a frustrating and lonely one. Thankfully, a groundbreaking initiative has been launched to address this. Last year nine worship songwriters from seven different churches straddling four denominations joined together under the collective name of Satellite to release 'One Church, One Voice' - a collection of brand new worship songs. Spearheaded by the husband and wife songwriters David and Yvonne Lyon, overseen by experienced worship director Lesley Penny and produced with Foundry Music Lab's Graeme Duffin and Sandy Jones, 'One Church, One Voice' is now beginning to be recognised as one of the most important worship releases to have ever emanated from Scotland. 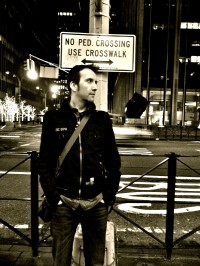 I asked David Lyon how the seeds of the project were sown. He responded, "For a number of years, I'd thought it would be great to encourage Christian musicians to work together. Many feel a sense of isolation and, as a nation, our churches import a huge percentage of songs from the likes of the US, Canada, Australia and England rather than exploring a more unique and indigenous expression of worship. In fact, Canadian worship leader Brian Doerksen was in Scotland for the 2008 CLAN Gathering (an annual conference that takes place in St Andrews under the umbrella of the New Wine International movement) and raised that very point when he was addressing a group of worship leaders and songwriters at a workshop. I didn't want to be back in the same tent with the same group of people a year later having the same conversation so I initially spoke to Lesley Penny, worship director of CLAN, to discuss a few ideas. We then embarked on what became a two year journey from that initial chat to the launch of the Satellite album at CLAN in 2010. Mention must also go to An Airde, a Scottish Christian charity who supports recording artists, who helped fund the album."

Continued Lesley Penny, "Brian Doerksen challenged us to find out what the 'sound of Scotland' was in worship and, following discussions with Brian and David and Yvonne Lyon, this led to the idea of forming a Songwriters Forum which brought together existing writers. I think the Satellite project has ultimately demonstrated what is possible when a group of songwriters who love God, the local church and singing worship work together. Also, we wanted to showcase the type of songs that a range of Scottish writers are writing. All the songs are different - that's the strength of the album, really."

Amongst the artists who have brought this variety to the Satellite project are Irvine-based songsmith Allan McKinlay, Lothian's Peter Semple and Jane MacDowall plus doctor-cum-worship leader Paul Robertson - not to mention some great work from the on form Lyons and a fantastic guest turn from worship luminary Ian White. I caught up with some of the artists who have made the Satellite project a success. 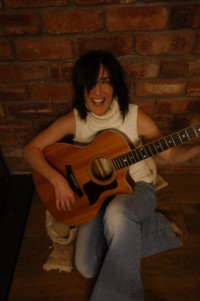 Having sung and written songs since the age of 13 in a variety of Christian and secular settings, Jane MacDowall's passion is in leading worship within her local church, Edinburgh's St Mungo's Church, and has backed the likes of Martyn Layzell, Kathryn Scott and Tim Hughes at a variety of seminars. Jane has recently released two solo albums - 'Just As I Am' and 'Thank You' - and has written two songs on the Satellite album.

Jane explained that one of these songs - the contemplative "Rain" - came from a period of self discovery. "I was attending a diploma course in counselling that enabled me to dig further into truths about myself and what my calling was in life. In many ways 'Rain' seems to be a prophetic statement over my life that was yet to be released. My other song, 'I Will Abide', was co-written with a lady called Andrea Wigglesworth and is all about giving ourselves over to Jesus so that he can mould us, shaping us to become who he truly created us to be."

Jane is delighted with the outcome of the album and acknowledges a lot of the credit lies with David Lyon. "It's one thing to dream a dream but another to actually follow that dream through and I know David has worked extremely hard to get it all together. His ear for detail has helped produce a stunning piece of work that we are all extremely proud of."

"Hopefully 'One Church, One Voice' will wake Scotland up to the gifts that God has given this country as well as giving Scotland its own worship voice," added Jane. "There are so many singers that are hiding away through fear or lack of opportunity. I hope this album breathes life into forgotten abilities and makes our nation realise what we've got under our own roof."

Recent years have seen Ayrshire musician Allan McKinlay make steady progress in establishing himself as one of Scotland's most prominent worship leaders. With three albums to his name, including 2008's 'This Is New', Allan brought his song "When God Speaks" to the table and recalled how he became part of Satellite: "At CLAN in 2008, I was unexpectedly invited to attend Brian Doerksen's worship workshop where he challenged us to start writing songs for the church in Scotland. Brian suggested a good way to usher in a fresh wave of home grown worship is when folk get together to meet and even co-write worship songs. I remember thinking that that was a great idea and really wanting to be involved but I had to rush off without speaking to anyone and never heard anything more about it.

"Then, at the start of 2010," continued Allan, "I got an email out of nowhere from David Lyon - who it turns out didn't realise I was at that workshop - asking me for a coffee and a chat. He said I'd been recommended to him and asked if I wanted to get involved with the Satellite project, which he explained had come out of that meeting with Brian in 2008. It's amazing how God orchestrates these things!"

Allan sees it as vital that a strong worship scene evolves in his native country. "It seems like everywhere else has one - England has Matt Redman, Martin Smith, Graham Kendrick, Stuart Townend and Ireland has Eoghan Heaslip, Kathryn Scott and Robin Mark - but we haven't got anything like that here in Scotland yet. I think, as long as we keep encouraging each other and keep working together, we will begin to see a worship scene rise up and this album is a great starting point." 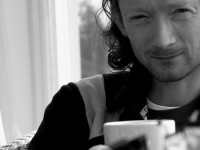 Despite not physically featuring on the album, Paul Robertson has the distinction of writing its title track as sung by Jane MacDowall. A doctor who, in his spare time, leads worship at St Silas Church in Glasgow and acts as worship co-ordinator for ICC, Paul elaborated on how the song came about: "It was written when our church hall was being knocked down and, for over a year, both the adults and the children had been meeting together. This song was written to help emphasise why we gather to worship and why we're unified. Having it as the title track was an unexpected bonus but I think it captures something of what Satellite is about."

For more on Satellite visit the Satellite artist profile