Brighton's STUART TOWNEND is passionate about pleasing God in his worship music. He was quizzed by Tony Cummings. 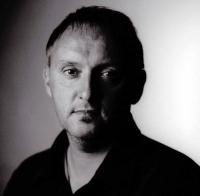 As the writer of such classics as "In Christ Alone", "How Deep The Father's Love", "Beautiful Saviour" and "The King Of Love", Brighton-based worship leader Stuart Townend is one of the most significant songwriters in the whole international Christian music field. Taking time off from his gruelling schedule, Stuart answered some of my questions. I had noticed from Cross Rhythms' fat Stuart Townend file that magazines like Worship Together and Cross Rhythms referred to the composer as a "worship leader" while staider publications called him a "hymn writer". I asked Stuart what was the difference between a worship song and a hymn? "I actually don't personally draw much of a distinction between the two. Some songs are more compact in their content, or follow a stricter metre and rhyming scheme, or are just more 'classic' in style, so I suppose they fall more into the 'hymn' category. But given that something like "In Christ Alone" seems to work sung by the Newsboys or by the St Michael's Singers at Coventry Cathedral, I'm wary of pigeonholing anything."

Plunging again into my trusty file, I quoted something to Stuart that he'd written. "For every 'Amazing Grace' and 'And Can It Be', you can bet there are several hundred trite, interminably dull ditties that did the rounds at the time, but have now thankfully faded into blissful obscurity." How many of Stuart's own songs, I asked, are going to stand the test of time? He responded, "I do think it's true that in any age only a handful of material gets handed on to successive generations, even when that age includes a Watts or a Wesley. As far as my own songs are concerned, I really have no idea what will last (if anything) - but there are a few I've written that I hope will be forgotten quite quickly!"

Stuart grew up as the youngest of four children in a Christian family in West Yorkshire where his father was a Church of England vicar. Stuart's family always enjoyed music and one brother, Ian, went on to become a member of '70s pop chart pioneers Heartbeat. Stuart himself began to play the piano at the age of seven. It was while living in West Yorkshire that at the age of 13 he made his Christian commitment. Then later, at the age of 18, when helping to lead a children's camp in Hand Cross, West Sussex, he had a profound experience of the Holy Spirit. A literature degree at the University of Sussex brought Stuart to Brighton and there he met Caroline, whom he married in 1988.

He joined Terry Virgo's Church of Christ The King and began leading worship there. Intriguingly, though, he wrote nothing until he was 22 years old. By 1991 he was playing piano at Stoneleigh, the Bible week established by Virgo's New Frontiers stream of churches (the worship that year was led by Dave Fellingham and David Holden). By 1994 Stuart had recorded his first album for Kingsway, a rather dull instrumental 'Come Holy Spirit' in the Classical Praise series. By 1996 Stuart was being credited with leading the Stoneleigh worship band along with Dave Fellingham. The live albums he recorded as part of the Stoneleigh worship band were major sellers in the Christian bookshops and helped spread Stuart's songs to the international Church.

As well as being an internationally renowned worship songwriter, Stuart has also found time to forge a career as a music publishing executive with Kingsway Music. He explained, "My association with the publishing side of Kingsway is a long one, and although now I'm spending more of my time writing and leading worship, part of my week is still dedicated to various Kingsway activities. For me it's a good mix: Kingsway gives me a good perspective on what's going on in different ministries around the world; and hopefully it helps Kingsway to have someone at the 'coalface' of congregational worship, feeding back on the worship needs of local churches."

In recent times Stuart has written a number of well known worship songs/hymns with Ireland's Keith Getty. How different did he find that experience from doing the thing entirely by himself? "I find it much easier working with someone like Keith. On your own, you get ideas for songs, but there's no objectivity, so you can't really be sure whether your idea is any good. Having someone to work with, bouncing ideas back and forth, really helps."

I finished by asking the seasoned songsmith what is the most important spiritual lesson that he's learnt in recent years? "I'm still trying to learn the lesson that I felt God speak to me a few years ago, that worship leading is about pleasing God and serving the people - not the other way round. I think I'd got to a place where it mattered more to me what people thought - did they enjoy the worship time, did I make them feel comfortable - than what God thought. So now, although I want to provide the right tools for people to worship with, I'll be more concerned about whether I did what God wanted - even if it ends up with me looking like a rubbish worship leader, or doing something that might make some people feel a bit uncomfortable."

'Holy Spirit Living Breath of God' is a wonderful song from Creation Sings album. To me it is a personal prayer and I chose it to be sung at my accreditation service as a Methodist Local preacher. Very inspiring.

A Big Thank You to Stuart Townend for his Songs that have impacted so many lives and Churches around the World, All Wonderfully Holy Spirit inspired and impacting lives Glorifying the Trinity, these songs will continue to ring in our hearts enjoying God forever.

We are seeing what I call a good bridge between the traditional and the contemporary in songs like In Christ Alone and How deep the Father's Love for Us. The older generation is comfortable with them and are joining in with the youth in our churches. GREAT!

I think Staurt hit the nail on the head about pleaseing God first, then the people. Ive led worship in the same church for almost 20 yrs, and believe me your chasing your tail trying to please people. My prayer is stay humble, carry no grudge, and have a passion for God... Bro Warren

Thank you and kudos to Stuart Townend & Keith Getty for the deep and meaningfull song "In Christ Alone" the first time I heard it at my church it drove into my heart so deeply that I wept openly and could barely sing along! I was surprised and pleased to hear such depth in a "modern" worship song. Spoken by an American Irish/Scotch/Brit descendant if you'll indulge me the little sin of some pride: I am not at all surprised that it is an Irish/British composition! IN CHRIST ALONE will most likely be a classic worship song sung in churches 300 years from now.

Eagerly await the book of the collected songs of Stuart Townend!

Hi Ruth
I had most of the Stoneleigh CDs, but gave them on loan when in Sweden, and they were lost. I have only Stoneleigh '98. I want to take a music book of Stuart's favourite songs with me to Sweden. Can I still get the Stoneliegh years, besides the one I have.
I fell in love with this worship in my early christian days and would love to regain this.

The worhship in Sweden is also wonderful, and you get to sing in their language, and they always put the english words which are harder to sing, alongside the swedish language but still beautiful words. Would love to recomend you Cds from my BibleSchool in Sweden.