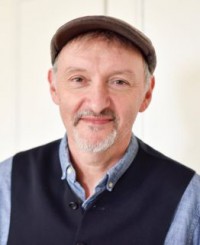 RENOWNED modern hymn writer Stuart Townend has released a new album through Integrity Music. 'Courage' is Townend's first album in four years and features Scripture-based congregational songs as well as some of his most personal work to date, coming on the heels of family health issues and losing his brother, Phil, to cancer. Said Stuart, "The song 'Keep You Here' charts my initial response of avoiding my pain by trying to fix things, together with marvelling at the way he [Phil] engaged with life in a new way in the light of his terminal condition. The title track reflects my own similar struggle to move from my preoccupation of living in the past or the future, to really living in the present. And 'I Am Here For You' touches on wider mental health issues of anxiety, disassociation, loss and depression."