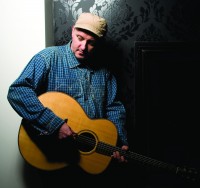 The 22nd May was undoubtedly a red letter day for Christian retailers, for that was the day 'Creation Sings' by Stuart Townend hit the CD racks. And as every Christian retail manager in the country will tell you, the albums by the Brighton-based worship song and hymnwriter are consistently big sellers. Since 1991 when Stuart first emerged on the scene playing piano at Stoneleigh Bible weeks, Townend has progressed to write some of the most popular songs in the British Church. At the last count the Top 500 list published by Christian Copyright Licensing International contains an astonishing 14 songs and hymns written or co-written by Townend, namely "In Christ Alone", "How Deep The Father's Love For Us", "Psalm 23", "Jesus, Lover Of My Soul", "The King Has Come", "Immanuel", "River Of Fire", "You Are My Anchor", "For The Fruits Of His Creation", "Resurrection Hymn", "O My Soul", "Beloved And Blessed", "Jesus Is Lord" and "Lord How Majestic You Are". Unquestionably it won't be long before 'Creation Sings' adds more to that list.

Tony: 'Creation Sings' has a lot of the folk flavour of old. Was there a conscious effort to go back in that direction?

Stuart: It's a style of music I've always loved, and it's great to see how people like Kate Rusby have succeeded in recent years in bringing folk music to a wider audience. But I also think that folk music provides some interesting parallels with the ethos of worship music: it's not age-restricted, it uses strong melodies, it often plugs into a story-telling tradition, it lends itself to different combinations of instruments (and different abilities of instrumentalists) without being musically dull, and - perhaps most important - at its heart are songs not meant to be sung by performers but by "the people."

At a time when "stadium rock" seems to be the dominant sound of recorded worship music, I wanted to explore an acoustic sound that would work with any size of congregation; where small and large churches would hear the album and think "we may not be able to recreate all fiddly bits played by the violins and whistles, but we can create the feel of the recordings without having to turn the guitar amps up to 11."

Tony: Why the decision to re-record "Beautiful Saviour", "You Are My Anchor" and "Oh Church Arise"?

Stuart: It was Kingsway that pointed out to me that, although those songs are out there and have been recorded on a number of live albums, I've never done a studio version of them - so now seemed like a good time! It was also an opportunity to breathe some fresh life into the songs, as the existing arrangements have become a bit too familiar and lifeless to me, even if the lyrics haven't. And I've been doing quite a lot of solo gigs, so it was good to come up with a more solo acoustic arrangement for "Beautiful Saviour", for example.

Tony: The strings on "Gethsemane" are particularly wonderful. What do you remember about recording them? 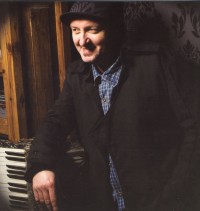 Stuart: Yes, as Mark [Edwards, arranger and co-producer with Paul Burton] and I worked together on the various arrangements, we kept saying "wouldn't it be great to have some strings here," but we really weren't sure whether the budget would allow it. So eventually we managed to secure a small group of string players whom Mark had worked with before, and the result was phenomenal. The session was an absolute joy to be involved in. It's very rare to find string players with impeccable tuning, who can play with great emotion and yet work within the strict timing constraints of drums and click tracks - and still be easy-going and enthusiastic about it all! That really was one of the highlights of the whole process for me.

Most of the strings on the album were added after the basic rhythm tracks were recorded. But with "Gethsemane" we wanted to put piano and strings down at the same time, so that we felt the emotional "push-pull" of the song together. From what I remember, for technical reasons we ended up having to put the piano and strings down separately, but we were only able to do that because we'd played it through together a few times, and had been able to "chart" the emotional highs and lows together. Mark wrote the brief instrumental section at the end, by the way, which is absolutely beautiful.

Tony: How challenging as a lyricist is it to approach a subject like Gethsemane when one thinks of the many songs and hymns which have tackled this subject down the years?

Stuart: Actually, although there are many hymns and songs that deal with the final hours of Jesus' life, many of them only refer to Gethsemane in passing, and don't really dwell on what is, I think, one of the most extraordinary moments in the whole of the gospel account: when the Jesus who has appeared so assured, so bold, so strong in the gospel accounts so far, becomes grief-stricken, vulnerable and overwhelmed with anguish at the prospect of the cross.

I started writing the lyric after reading C J Mahaney's book Christ Our Mediator. He points out that Jesus' reaction is not just to the prospect of his death (horrific and agonising though that would be), but to the prospect of drinking the cup of punishment for our sin - and that meant enduring the unthinkable hell of total separation from his Father. And in view of some of the debates going on at the moment within evangelicalism, it seems a particularly important time to emphasise the serious consequence of our sin, and the resulting unfathomable cost of Christ's sacrifice.

Tony: When you write songs are you always thinking "this will be perfect for congregational worship" or do you just hope that your songs will lend themselves to that use?

Stuart: I do think of myself primarily as a "modern hymnwriter" rather than a "singer/songwriter", so 95 per cent of the time my focus is on writing songs that congregations can sing. So I'm bearing in mind the dynamics and the limitations of the average congregation, and, yes, I'm thinking "will this work in church?" - although occasionally more performance-type songs do slip on to albums, just to add a little variety. . . The focus on congregational usage of the songs can make recording albums a bit of a difficult balancing act. You want an album to be interesting and musical enough for people to listen to just for the sheer enjoyment of it. But at the same time these songs were created to be sung in church, so you want the recording to inspire musicians and congregations alike to think, "We could do this at our church."

I so loved the 'In Christ alone' concert on Sunday evening in Dundee....
i love Stuarts music and was impressed that he had so many accoustic numbers... the concert was first class and as many non -christians were there, great that there was not the continual 'standing' that often happens.. I bought 'the best of Stuart Townsend' live .. sorry, i am so disappointed with the constant audience voices.. i was so looking forward to .more of the same' from the evening.... i did expect some audience particaipation, but this is constant and i hardly can hear Stuart! i don't usually grump, honestly.. but i had to share!!. all those wonderful songs spoiled for me with 'community singing'!!.. sorry folks.. God bless... please consider for future albums.... memo.. 'don't ever buy 'live' albums'!! God bless.. a wonderful, inspired ministry!