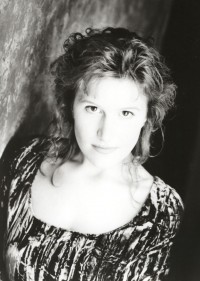 Since Cross Rhythms last spoke to Susan Ashton (back in the murky past of CR7) a lot, a whole lot, has happened to the so-gifted Houston, Texas-raised singer. Then she was a new name who'd just completed her first UK church hall tour with Michael Card. Now, Susan is playing Britain again to somewhat bigger audiences. For this time she is support act to one of the biggest sales phenomena in popular music history, country music megastar Garth Brooks.

The Grammy-nominated singer had been personally chosen by Garth Brooks to open the second leg of his European tour. The tour, which began at the end of September in Madrid, Spain, takes in Germany, Denmark and England and ends in Aberdeen, Scotland, in late October.

As Garth explained, "My brother introduced me to Susan and her music. I feel she'll be a wonderful addition to our tour." In return, she admits the prospect of working with him is "very flattering and very overwhelming. It's very exciting."

Although unknown to the mainstream audience Susan's three CCM albums have been enthusiastically received in the States, where she has sold over 500,000 units in the past three years. To coincide with the tour Sparrow/EMI is releasing a 15-track compilation, 'Walk On', featuring 13 tracks from Susan's three albums plus two tracks from an upcoming project, 'Along The Road'.

Nashville music magazine The Syndicate said of Susan's 1991 debut 'Wakened By The Wind': "This is a record where guitars are more likely to be strummed than screeched; where the piano is tickled, not thumped; and the bass is heard bending more than it blasts... Hers is an original vision."

Susan's second album 'Angels Of Mercy' was nominated for a Grammy Award for Best Gospel/Pop Album last year. Stylistically, Susan inhabits a similar musical universe to the likes of Shawn Colvin, Mary Chapin-Carpenter and Rosanne Cash. "My music has been called acoustic pop, but more recently there's a bit of a country flavour to it," explains Susan. "It's got the best of that '70s folk/rock influence - reminiscent of Dan Fogelberg and Linda Ronstadt - but with a completely up-to-date acoustic flair. I'm not a hardcore country singer so I wouldn't call it country, but it's a little edgier live."

Asked about the message of grace that pervades her music, Susan responds, "There's a real message of mercy and hope that's there in almost all of my music. I feel like I have been the recipient of a lot of mercy and a lot of grace and so I feel compelled to express that to other people. Hopefully that's what people hear in the songs and find something that they can hold on to, or something that will encourage them to have hope in whatever it is that they are struggling with on a daily basis."

Has she a favourite song out of all the ones she has recorded?

"'A Rose Is A Rose', because I think we all want to know that there is someone who is in our corner pulling for us and who is on our side. I think people need to hear about that. We all need encouragement. I do. I love what that song says and how it says it - no matter what anybody says about you and no matter how people treat you, be proud of who you are, believe in the abilities that God has given you and believe that you are a good person."

In concert an estimated 83,000 people will see her backed by a handpicked band led by her husband, since May 1993, guitarist J D Cunningham. Her marriage has had a major effect on Susan's outlook and music. She told CCM magazine, "I think for the first time in my life I'm really happy. I still struggle with things, but I have such a good life. I have wonderful, wonderful friends. I have a husband who loves me more than life. And I'm getting to do what I love to do - and I don't take that for granted."

It shows in her music. In recent songs the mood is less melancholy, the melodies more daring, even playful. Noting the difference between this and previous projects, Susan comments, "Instead of being in the place of speaking so much about what's going on inside and finding a way out, I'm wanting to write about the light at the end of the tunnel - walking in that light."

Susan admits that her marriage has revealed more room for growth. "I always anticipated that marriage would be hard, [and it] would be challenging, but I never knew!" she laughs. "I didn't have a clue! I'm realising how selfish I am. By the nature of relationship and living with someone, it's glaring." Admitting it's the most full time job a person can have Susan affirms, "You can't just put blinders on and stay lost in your own little world and say, 'I'll get to you later.'"

Those lifelong promises she made to JD brought a special poignancy to Susan's singing "Call Of The Wild", a Kirkpatrick story-song that describes marriage gone awry due to a restless spouse. "JD and I have had several friends who have really struggled in their marriages," Susan says. "We even have some friends who have chosen to step outside the boundaries of their marriage and taste things they shouldn't have. That breaks my heart, because I know what it takes to say, 'I'm giving you my heart and my mind and my body and my soul. This is all I have to give somebody and I'm giving it to you.'

"Just thinking about those things and what a tragedy it is for anyone to look at a marriage [not] as a paradise, [but] to begin to feel trapped by it - to think that if they can get outside of it maybe they'll find freedom. Well, you can't because you made a vow before God... I really hurt for my friends that have gone through that, and I pray that we never have to walk through it."

James Tweed is a well-known journalist and administrator for the 'Nave' project in Uxbridge.