Tony Cummings reports on the singer with a growing legion of supporters, SUSAN ENAN 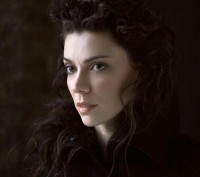 The use of her song "Bring On The Wonder" on a US TV series brought British born singer/songwriter Susan Enan to the attention of the American public. Susan's recording of the song, which featured BVs from Canadian superstar Sarah McLachlan, finally brought mass attention. And now Susan's 2009 album 'Plainsong' continues to get critical plaudits.

Broadcaster Mike Rimmer spoke to Susan about her early years. "I was born in Peterborough and lived there until I went to university. I was back in Cambridgeshire in 2009 wrapping up the album. We have an online store which my parents run for me. So if you order the album outside the USA and Canada, it will be my parents who ship off the copy to you. I think Mum used to play the piano growing up, but we always had an organ in my house because Dad still plays. It was the first instrument I played, and I guess he started me off. I had lessons in the organ until I went to secondary school, when I became a flutist. I studied that, and then the piano. Those were the two instruments I did at university."

Susan continued, "I went to university in Liverpool and studied for a full blown music degree, as I was classically trained. As hard as it was - I did find it quite boring when I was doing it - I think it has helped me; I score and conduct myself, so it's good for independence. It wasn't until university when I started playing the guitar and did a couple of open mic nights. That's when I realised that that was what I wanted to focus on."

Not that a career in classical music was opening up for Susan. She laughed, "I actually came bottom in my year for performance! Which is funny to me now because I think out of my class, I am the only one who really gets up on stage and performs."

It was in Liverpool that Susan discovered traditional Irish music. "The rhythms and vibe always resonated with me. It was a choice between moving to Belfast or Dublin. I had one very tentative connection in Belfast so I moved there and ended up staying for nine years I think." 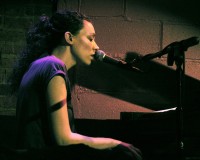 In Belfast Susan began to write songs. She told ctnmusic.com about the songwriting process. "I'd start with a line or two that I loved the sound of. From there you can pretty much decide what the song is about and start to build it. Each one is a jigsaw puzzle waiting to be pieced together."

Susan released a couple of EPs independently, one of which 'Moonlight' (2003) became the stepping stone to bigger things. She explained, "It led to an opening slot on a three month US tour with Ohio-based band Over The Rhine which in turn led to a signing with Nettwerk Management and a move to New York in 2005."

So how did the million-selling singer Sarah McLachlan get to record "Bring On The Wonder"? Susan explained, "At the time, we were signed to the same management company. She heard an early acoustic version of the track and was kind enough to add her vocals. I absolutely love her voice on the record."

The catalyst for the ongoing popularity of "Bring On The Wonder" was its use in Bones, a major US TV series. And that high profile use came about by an act of providence. Susan told Mike Rimmer, "I didn't pitch 'Bring On The Wonder' myself. It was just floating around. I got a call saying they wanted to put it on the soundtrack and I was really pleased. The song wasn't actually available at the time because the album was taking ages. If it wasn't for a friend of mine who had two years before put the lyrics on her blog, I wouldn't have been credited. All of a sudden she was getting thousands of hits on her blog, because people had been Googling the lyrics to find out who the musician was."

After the exposure of "Bring On The Wonder" on Bones, work began in earnest, in between her gigging, on 'Plainsong'. But as she admits, the album took a long time to emerge. She mused, "Sometimes they just take a long time, and you have to find the right people to work with. I always really believed in the songs and wanted to give them the best possible chance. I didn't have a big budget or a producer and ended up doing most of it myself. It was a huge learning curve. I think there are two types of artist; one who releases lots of different things and learn as they go along. I would rather do one thing and do it well. It was pretty tough, but I am glad that I waited and put something out that I can stand behind. I am really proud of it." 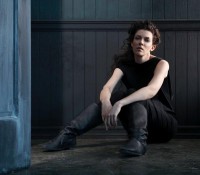 Susan has a studio of sorts in her Brooklyn apartment. "I have a very basic system. I got myself a good mic. Most things were recorded here but the drums were recorded in Canada. The vocals and acoustic guitars were all recorded here; I would wake up in the morning and get on with it. The whole record was made in five different countries! We recorded the drums in Canada because I spent two months in Sarah McLachlan's studio in Vancouver, and it was her husband (Ashwin Sood) who played the drums for us. He's one of the world's top drummers so we were very fortunate."

'Plainsong' is bristling with quality songs. In a vocal style that recalls the very best of Natalie Merchant and Dar Williams, deft interplay between guitarist Steve Schiltz and bassist Graham Maby and a subtle mix from London's studio maestro Alan Branch, it is still the quality of the songs that makes 'Plainsong' stand out. Said Susan, "'Feeling Low' is probably one of my favourite songs on the record. The melody is based on a song that Woody Guthrie used to sing called the 'Bone Evil Blues'. I really got into it at university because I heard U2 do a cover of one of their songs. I loved the song, and one of my lecturers knew his wife. So I got to learn about him and dedicated part of my degree to his work."

Susan continued, "'Feeling Low' has a special place for me as it was a song I pretty much recorded on my own. I got a cellist to come and play some scored parts, and a couple of friends did some humming but everything else was messing about in the studio. And the mixing engineer, Alan Branch, really did an incredible job on this track."

Despite her fair share of globe trotting Susan is now very settled in New York. "I live in a neighbourhood called Williamsburg. The Williamsburg Bridge connects Brooklyn to Manhattan. I feel like I am living in a little town, you always see people that you know. I have no desire to live in Manhattan; it's a really different vibe."

Susan's Christian faith is very important to her. She affirmed, "Christianity has shaped my world view and everything I do. In America I think that the Church has lost all meaning, which makes it very difficult to live in this generation. I've found a great community here. Sufjan Stevens is on the periphery of the community. My pastor and his wife are in a band called The Welcome Wagon. They've played at Greenbelt. I feel like I am part of a very unusual, American, artistic believing community here."

I'm quite intrigued by the emotion and eloquence of Susan Enan. May I please be included on any mailing list or accepted as a devout fan? Thanx for any further information you might render. Erik Shibley Lacy

Plainsong is a really great album...well worth splashing out on. First heard her at Greenbelt 09 where she opened the festival singing "Bring on the Wonder"...it stayed with me as the highlight of the event and have used it a number of times in school assemblies and church meetings