Tauren Wells: Now a multi-Dove Award winner as well as a CCM hitmaker 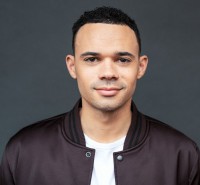 When the nominations for the 49th Annual GMA Dove Awards were announced, to his surprise and delight Tauren Wells was nominated for four awards. No doubt at the award ceremony, on 16th October at the Allen Arena on the campus of Nashville's Lipscomb University, he was thrilled as this first-time nominee found himself walking off with all four awards, but one in particular caused particular surprise.

He recounted, "I was literally in the back with my pants undone changing. . . then I heard my name and ran. 'What award is this?. . . New Artist Of The Year?' I am so thankful for this privilege. Thank you!"

Tauren, of course, is no new artist. As the former frontman of Royal Tailor, he'd received a nomination at the 2011 Grammy Awards for Best Contemporary Christian Music Album, after Royal Tailor's debut set, 'Black & White', made number six on the US Christian Albums Chart, while the follow-up, 2013's 'Royal Tailor', made number three on the same chart. But however elastic is GMA Dove Awards' definition of new artist, such irrelevancies can't hide the phenomenal rise of the singer born on 7th April, 1986 in Battle Creek, Michigan.

It was while attending Indiana Bible College that Tauren became a founding member of Royal Tailor, along with DJ Cox and Blake Hubbard, who along with Jared Ingram began to be noticed for their slick blend of pop harmony and engaging stage presence. Signed to Essential Records, Royal Tailor's 2011 album 'Black & White' produced four Cross Rhythms radio hits: "Freefall", "Black & White", "Love Is Here" and "Make A Move". The follow-up 'Royal Tailor' was equally successful, with no less than six cuts ("Jesus Love", "Making Me New", "Original", "Got That Fire", "Ready Set Go" and "Remain") getting Cross Rhythms air play.

During his Royal Tailor years, it was suggested to Wells by the belief.com website that his vocals bore "an uncanny resemblance to Michael Jackson". Wells laughingly responded, "We've been given some great comparisons to other artists that our sound evokes. One thing I think that's kind of funny about it is if you asked any of the people we were compared to if we sounded like them, they would probably say 'no.' It's like this. I don't know if you've ever had this experience. Someone will come up to you and they'll be like, 'You look just like my brother!' Then you see the picture and you're like, 'Oh, we're both humans.' It's kind of like that. The biggest thing is when we get compared to Backstreet Boys. To me, that's a stretch, mainly because we're not a choreographed dance band and we all play instruments." 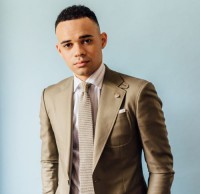 Royal Tailor disbanded in 2015, admitting that they were suffering from physical and mental exhaustion. But within a year, Wells had signed to the Provident Label Group - Reunion Records - as a solo artist. Wells' first solo single, "Undefeated", featured Reach Records' rapper KB and served as the soundtrack for Dude Perfect's World Records Edition video on YouTube, while Wells' second single, "Love In Action", made it to number one on the Christian Hot AC/CHR Radio Chart.

By January 2017, the "Hills And Valleys" track was number eight on the Christian Airplay Chart, and by June the 'Hills And Valleys' album was well on its way to becoming a major Christian radio hit. In fact the album produced Cross Rhythms playlist hits "Supernatural", "September", "All My Love", "Never Gonna Let Me Go", "Hills And Valleys and "Love Is Action". On the release of the album, Jesusfreakhideout asked Tauren whether he considered 'Hills And Valleys' to be a ministry. The singer was adamant in his response. He said, "That is why I do music. I just heard a great example of this from my pastor. Ministry is not a call to a pedestal, where you get to be celebrated by everyone else. Ministry is a call to the trenches, where you get to fight battles alongside everyone else. It is a calling to people. It's easy, I think, for artists to get so wrapped up in the artistry that we can lose the ministry if we're not careful. It can be all about the gifts and not people. I love that God is gracious in that he gives gifts freely to people to be used in different contexts of life, but Jesus didn't die for our gifts. He died for people. Our gifts are just vehicles to get us to people, so we can introduce them or reintroduce them to the reality of who Christ is."

He continued, "With the album and these songs, I wanted to write, as my wife put it, 'songs that people need to hear'. When she heard 'Hills And Valleys' for the first time - well, my wife always compliments my songs. She says she likes them all, and I don't know about that. But she said, with this song, not that it's pretty, but she said, 'This is a message that people need to hear'. That stuck with me, and what she said informed how I selected the rest of the songs for the album. I don't want to just play, perform, write and release songs that I just like or that people will think are cool. . . just for the sake of chasing 'cool'. I want to write songs that people need. I want to have songs on my album where people are driving down the road, they had a rough day, my song comes on the radio, and they turn it up, thinking, 'I needed to hear this.' That is my hope for this collection of songs and I pray God uses it in that way."

In the same interview, Tauren gave his thoughts about the tension between entertainment and ministry. "It's easy to lump artists into categories, or even your pastors and worship leaders at church, because they have a platform and a microphone and lights on them. But it's not anything other than the human condition to want to be celebrated. In any industry, in any place in life, you are drawn to yourself. There has to be a constant denial and refusal of self, and the best remedy for that is other people: being others-driven and others-oriented. I have, of course, drifted into that place where I think it's about me and what I can accomplish. I can crave that, but ultimately it leaves me unfulfilled. So what I'm trying to do is be intentional about people. That's what I see with Jesus. As he was on his way to perform some of the greatest miracles that we would ever see, he stops for a woman with an issue of blood. He sends his words to a girl who was thought to be dead. In his dying breaths, he speaks to the thief on the cross. That, to me, is the picture of Christianity that I want to reflect in my life. It is all about showing people who Jesus is, and that comes at the high price of 'self'."

Tauren admitted that he had spent a lot of time thinking about his identity as a person and how it could become so wrapped up in what he's actually doing. He observed, "If people don't validate you in whatever assignment you're in, you think less of yourself because your identity is so consumed in what you do. God wants us to be set free from that. We can know that who we are does not change. Our value does not increase or decrease based on what we're doing. So when Royal Tailor ended, there was a moment when I thought, 'Who am I outside of the context of this band?' This had been a decade of my life, so who am I really? But my identity hadn't changed. And I still had the same calling, which, for me, is to call greatness out of others. But the way in which God wants me to execute that calling in this stage of life is different. When we started Royal Tailor, I was 20 years old. No spouse, no children, no real responsibilities. So we hopped in a van, ate ramen noodles, played shows for $50, and had a great time. God blessed that, but I think God is always leading us somewhere, always taking us into what's next. I needed to have the personal resolve to say God is calling me to end this season. I can separate myself from this particular assignment and embrace the next thing God has for me. There is amazing freedom in that. So I'm still doing the same thing that I feel called to do, but I'm able to do that in the way that fits my life now. I have my beautiful wife. I've got three kids. I'm involved in a local church ministry in a greater way than I have been before. I think that is what God was calling me to, and unfortunately, being called to something means you have to step away from something else."