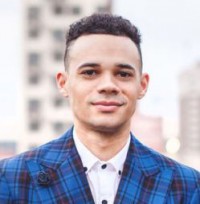 DOVE AWARD-winning artist Tauren Wells will release his highly anticipated second album, 'Citizen Of Heaven', on 24th January 2020. Two tracks from the project, "Miracle" and "Close", can be streamed and purchased now. The latter features Steven Furtick of Elevation Worship. Guesting on the forthcoming album are gospel star Kirk Franklin, country hitmakers Rascal Flatts and Jenn Johnson of Bethel Music. Producers Chuck Butler and Jordan Sapp co-produced 10 of the album's 12 tracks, with additional production on the remaining tracks by Rascal Flatts , Kirk Franklin , Max Stark and Colby Wedgeworth. Said Wells, "I have this unshakable feeling that this album is going to be one of the most important things I've ever done. It just feels special."