Teen Pop: A summary of some young Christian bands

A phenomenal surge of youthful acts are now making a serious challenge to the Britneys and Westlifes of popdom. A decidedly old Tony Cummings reports on the young gospel popsters. 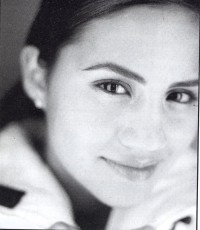 Pop music has long been a teenage thing though the ongoing surge of Britney, Christine and dozens of boy/girl bands up the UK and US pop charts has, not surprisingly, encouraged the Christian record companies to respond. So onto the scene have emerged a whole heap of soloists and groups brimming over with youthful enthusiasm and songs about Jesus. The US scene has recently launched 14 year old Stacie Orrico, 15 year old Rachel Lampa, girl and boy bands like Aurora and Plus One, while Britain has weighed in with acts like Shine and Tomorrow's Girl. To those critical of CCM for its tendency to relentlessly ape the mainstream marketplace; this is proof positive that the chequebook still dominates Nashville. Such a view possibly fails to take in account both history and the individual call from God of the artists involved.

Concerning CCM history, youthful signings to CCM Companies have long been part of the scene. In 1977 Amy Grant was 16 when she was signed to Word while '90s CCM stars Jaci Velasquez and Rebecca St James were both teenagers when signed to deals. As far as God's call on the individual artists goes, the current crop of teenage artists are all adamant that they are moving in accordance with God's plan for their lives. Take Stacie Orrico for instance. "I know 150 per cent that this is where God wants me to be," she told a journalist recently. "There are adjustments. But this is his plan for my life. Sometimes it's hard to think that I'm 14 years old and that he has a plan for me. But it's cool to know that the plans for our lives don't just start when we get married or when we graduate from high school. His plans for our lives start at day one. I'm so passionate about what I do that I don't fee! I'm missing out on any part of my childhood. I feel like I'm getting the opportunity of a lifetime."

Similarly, Milton Keynes girl band Shine take every opportunity to credit God with their rise in popularity. Said Natasha Andrew, "We were in a position to be able to choose the record company that we went with, which is virtually unheard of. Absolutely mind blowing because we weren't looking for it. We've suddenly got this huge record deal with Reunion Records and it's like God had a bigger picture. Our imagination didn't even stretch to what God planned for Shine all along.

Though few believers would doubt the zeal and Jesus focus of the new wave of teenage artists some commentators are concerned that some of the current crop of teen pop artists will stumble spiritually. Said Pastor John Hart, "It often appears the primary reason teenage artists are being signed to the record companies is a commercial one. For all the record company PR speak about 'taking the Gospel to the young generation,' it's clearly the dollar which has driven most of the latest signings. The execs see their big sellers like Michael and Amy getting old and identify the need to draw teenage music buyers into the CCM marketplace and of course recognise the unprecedented level of success in the secular scene for teen pop since the Spice Girls,. So they sign young, sometimes very young artists. As it turns out, many of the new teen acts are really spiritually mature with a deep call from God on their lives. Look how Rebecca St James has over the years developed to be a Godly spokesperson for her generation.

But the Rev Hart is keen to see mistakes of the past are not repeated. "If we're not to end up with another crop of shallow Nashville stars holing up in their million dollar ranches and casting off husbands or wives whenever the mood takes them, the scene needs to ensure far greater accountability and with spiritual structures around the artists - particularly close ties with a local church - to encourage them to keep walking closely with God.

Jake
The debut, self-titled album by JAKE has already produced a Cross Rhythms radio hit in 'Waiting' and an enthusiastic response from the American CCM scene. In fact Toby, Marty and Josh Penner who make up the band hail not from the US but from Canada. Their trip to Reunion Records in Nashville from their home in Three Hills, Alberta, was in fact only the last of a series of adventures for the three brothers. While children, they attended a mission school in Belize. "Our parents thought it would be good for the whole family to spend a year in another culture," explained Toby.

Another faith building adventure was the summer that twins Marty and Josh spent working at an Alaskan logging camp. "Dad spent a lot of time in Alaska and the Yukon, and he thought it would be good for us," says Marty. "So he put us on a train west when we were 16 and we had to fend for ourselves, finding a job and a place to live." Josh said the summer marked a turning point for the two. "We learned to trust God for everything...we worked hard...it was a great experience. But you'd have to know our dad to know why he did that." If you don't know Dad, you don't know Jake. That's because Dad, like Grandpa Penner and several other male Penner relatives, is named Jake. "It's very common on both sides of Dad's family" said Toby. "Since none of us are named Jake, we decided to let the name live on with the band."

That's not all that makes Jake Penner one proud dad. Although he and Marie Penner (mum) are both career educators (affiliated with Prairie Bible Institute, Canada's oldest school), the family was the focus of their lives. "We have studied our children and prayed for guidance," said Mr Penner. "We've always known they were talented, but we've always entrusted them and their gifts to God. Our kids belong to God, not to us."

So who are these guys? For starters, Toby, Marty and Josh are polite, clean cut and fun to be around. Athletic and smart, they're equally at home on the basketball court or in their favourite bookstore. It's tempting to describe them as "all-American boys" but they're proud Canadians, to the bone - with dual citizenship, thanks to Mum Penner, who was born and raised in the United States. Holding both a Canadian and US passport makes it easy to cross the border, said Toby. "The customs people always smile and say, 'Welcome home,' whichever way we're heading... it's great!"

The differences between the two sides of North American culture are subtle, said the Jake guys, except when it comes to the practice of Christianity. "There's not a big Christian subculture in Canada like there is in the US," said Josh. "So Canadian Christians in the arts don't differentiate between the sacred and the secular... which is why you'll hear Christian artists like Carolyn Arends or Steve Bell on pop radio there." The integration of faith and life - and the struggles and joys of living in the world, but not of it - are naturally revealed in the songs on Jake's self-titled Reunion Records debut. Fuelled by the sublime harmonies only siblings can create, 'Jake' features shimmering yet edgy pop production that works when pared down to three brothers in a living room with acoustic guitars.

Though the Penner brothers are well aware of the need for Christians to affect the culture at large, they also have a heart for kids who might be surrounded by Christian influences yet haven't made Christ the true centre of their lives. "We know what it's like to grow up in a Christian family and go to a Christian school, so we really want to help kids see that faith in Jesus is an intensely personal relationship," said Josh. "Life has to be more than just activities, more than just one giant youth group and going to Christian concerts." So how could going to a Jake concert make a difference for one of those church kids? "We definitely want to encourage kids to stretch, to do things that get them out of their comfort zone - to reach outside the 'bubble' and figure out what knowing Christ can mean in their everyday lives," said Marty. "We want to help them invite Jesus into their friendships, their relationships with the opposite sex, school, sports...and to serve others, too. That's where we feel we can make a difference, to show them how Christ became real to us in our lives."

Aurora
It sounds like a tale of Hollywood proportions: three country-born, farm-bred sisters, plucked from obscurity, suddenly find themselves thrust onto an altogether different field - the bustling world of record deals and bright lights.

For new pop trio AURORA, this has been their story so far. Known as The Smith Sisters to family and friends ("the name's too Southern gospel and too common sounding!"), this lively trio of twins and an elder sister are celebrating the release of their debut album. With an impressive line up of producers - David Browning, Jon and Dino Elefante, Jim Cooper and Chris Omartian, Michael Omartian's son - Aurora are set to make a name for themselves.

Lauren, the eldest sister, keeps a watchful eye on twins Rachel and Raquel. Raquel is the younger twin and she came as a bit of a surprise! "I didn't have a name for the first two hours of my life because Mom didn't know she was having another kid!" she giggles. Big Sis Lauren chips in: "That was back before they did sonograms so Mom didn't even realise that she was having twins. I was a big baby; I was nine pounds eight ounces. Together, they were nine pounds so Mom just thought she was having another big baby."