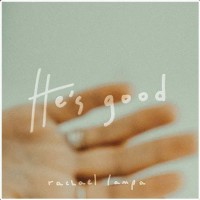 SINGER Rachael Lampa, who began recording at the age of 14 and has US Christian Radio hits "Lift Me Up", "Live For You" and "Blessed", has returned to the scene. Rachael recently released "He's Good" as well as "Side Of My Heart". To date the Nashville-based singer has five studio albums, a remix album and a greatest hits album. In the past Rachael has appeared on The Tonight Show, The View and other television programmes and won the Dove Award for Inspirational Song Of The Year for her number one single, "Blessed".