Terry Myrick: God shows him the way to make a rhythmic masterpiece 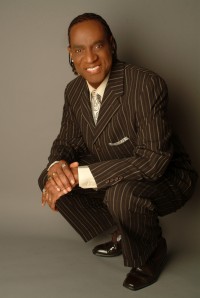 There are a couple of lines in the middle of Terry Myrick's turntable hit "Didn't I Tell You" which really sums up the direction of this Manhattan-raised singer. "Let me tell what's real/Let me tell you what's true" purrs Terry in his sinuously soulful tenor over a delicious urban groove. And singing gospel truth is what this singer/actor who has roles in off-Broadway musicals in his resume and who's shared a stage with such greats as Edwin Hawkins, Shirley Caesar and Commissioned. Cross Rhythms caught up with Terry and began by asking his about his early years.

"I was born and raised in Tampa, Florida. At the age of eight my mother and my step-father moved my siblings and I to New York. At the age of 13 my mother died while we were living in New York, at that time my grandmother moved me and my three siblings back to Tampa. The story of my life starts in Tampa, Florida. Growing up in a Christian home I was never a stranger at church. The church was also where I was bitten by the music bug. With numerous singers in my family, it was no wonder that at the age eight, I gravitated towards music. In fact, I ended up singing in the church. My most significant influence started when I began singing in the church choir. That experience helped me to develop an ear for music and established the ability to distinguish three- and four-part harmonies. As I learned the mechanics of music, I also developed to love it."

Although he was raised in St John Progressive Missionary Baptist Church in Tampa, Florida from a child, he didn't become a born-again Christian until the age of 19 while attending Florida Agricultural Mechanical University in Tallahassee, Florida. He had been frequently witnessed to about the necessity to turn his life completely over to Jesus' Lordship but had resisted. His spiritual epiphany came suddenly and unexpectedly. He said, "I can remember so well the night my life was totally changed. I was attending a dance on campus, then all of a sudden I felt the desires that I used to have dancing and partying was changing right at that moment. I had to leave the dance immediately, the love for those things started to fade away."

In June 1984 Terry decided to move back to New York to find a job in his major, which is marketing. It was in the Big Apple he heard a radio commercial advertising for auditions for the renowned off-Broadway gospel musical Mama, I Want To Sing. He recounted, "I decided to attend a showing of the hit musical and from there my life was forever changed. The music, the costumes, the action, the lights captured my heart and I knew I had to be in the play. I'm grateful to God that I beat dozens of contenders for a role in the cast's ensemble and my performance even caught the attention of the legendary Time Magazine which stated, 'Terry performs prodigies of soul stirring.' In addition I was pictured as a cast member in a photo which made Ebony Magazine. The opportunity opened doors that enabled me to star in A Vision and Captain, both of which were off-Broadway musicals. I continued to get noticed and eventually won the renowned Apollo Amateur Night." 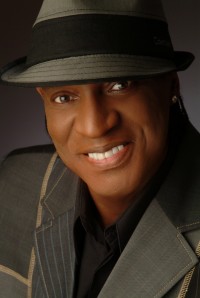 In 2005 Terry released his debut album 'I Bowed To The Father' on his own Sweet Melody Records. Terry spoke about the album and his label. "Sweet Melody Records was named after my late grandmother Lillia "Sweet" Mosley and my youngest Goddaughter Melody Torres. One particular memory about a recording session was when I was coming down to the wire and I felt like I couldn't do any more vocally. I was recording the song 'He Came Along'. My voice was so tired and I knew that particular song required me to use my high register a lot. The Lord sent his anointing and just took over my voice. God was letting me know that not only did he come along to allow me to give this message in song, but that he even came along to give me the strength to make it through this song vocally. Recording each and every one of the songs on 'I Bowed To The Father' I feel tells a story from the beginning to the very end. What a blessing it was to record the entire project."

Adding his consummate keyboard skills to 'I Bowed To The Father' was Rod Clemmons. And it was Rod who produced 2011's 'Show Me The Way' on which Terry's "Didn't I Tell You" Cross Rhythms playlist hit is featured. Terry has fond memories about recording the album. "'Show Me The Way' album is a project I feel is a wonderful mix of contemporary and traditional songs which represent a different side of me. I didn't want to be boxed in musically, I wanted to incorporate many styles on this CD. Two memories about the recording sessions was having my two good friends from Mama I Want To Sing, Gail Lou DeSandies and Tamara Beamer to record 'It's Going To Be Alright' and 'I Finally Came Over'. They both added such a nice sound to the songs."

The singer spoke about his turntable hit. "'Didn't I Tell You' was written by my producer Rod Clemmons. I remembered telling Rod that I wanted an upbeat song that has a modern sound that contemporary lovers would love. Rod had already presented several songs to me that I recorded for this CD. When I heard this spiced up song with that electric guitar and funky beat, I knew that I would be able to give 'Didn't I Tell You' a slightly different vibe. The track is an upbeat and rhythmic masterpiece."

The way of the independent artist is seldom an easy one. So it's heartening that Terry has made it through to make his excellent second album. Said the man himself, "After having some trials completing 'Show Me The Way' because of the situations my producer was facing, my spiritual lesson was truly a lesson on perseverance. When I think about the power that God has given me, my heart continues to rejoice because I know that even though the enemy tries time and time again to attack me in any way he can, he can't touch me. I've learned how to stand on God's word, how to stand on his promises."

Excellent article. We are proud to be having Terry appear here in Philadelphia tomorrow evening (March 30th, 2012) at The Souled Out Coffeehouse. His phenomenal talent is truly amazing as we are very excited. His voice is captivating and the way he interprets a song is nothing short of incredible.