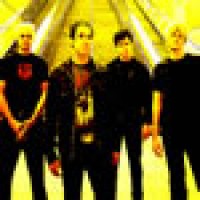 Mike: After recording four albums in the '90s, it seems like you've been having a recent spurt of creativity with 'Demonstrates Plastic And Elastic', 'I Am A Stranger In This Place' and now 'Faith & Devotions Of A Satellite Heart'. What's been happening?

Michael: Actually it has been a great privilege to finally have some new releases coming out. We have been through some difficult seasons with the past record labels that were releasing our recordings. With the Vineyard Music Group initially, and then the distributor for Strength went out of business, and our third recording (self-titled) on Domo Records was a disaster because the label did not want to market to our core fan base within the Christian music market. It was such a wonderful, beautiful, spiritual and melancholy recording, and such a shame to see it not properly marketed. So, we started our own recording company (Ruby Electric Recording Company), to release projects by The Violet Burning.

Mike: For the 'Stranger' album, it must have been an interesting process taking what was already recorded and remaking those songs. What were the joys and heartaches of the process?

Michael: Yes, it was an interesting process, and a challenging one. I am very pleased with the result. Every year we do a couple of live performances doing the songs with these types of arrangements. And since the fans have loved the live performances, we thought it would be fun to make a CD of it for our fans. Many bands cannot rise to the challenge of stripping their songs down to more stark, quieter arrangements. Some bands get by more on production gimmicks than they do by real songs. Our challenge was to take our favourite songs of faith, devotion and worship from our previous four recordings ('Chosen1, 'Strength', The Violet Burning' and 'Demonstrates Plastic And Elastic') and record them with new, quieter, reflective arrangements and do it all live, in one day with no overdubs. There are some great moments on "I Am A Stranger In This Place", and there are some not so good ones, but that is the charm of not fixing things like you would on a regular recording. Over all, I am very pleased with it.

Mike: How do you feel you and the band have developed since the early Vineyard days? How has the vision for what you're doing changed or been honed?

Michael: Well for one, I think we have actually become a much better band. We have grown and learned through some wonderful blessings and some difficult trials. Musically though, I do not know a time when the band has been as good as it is right now. Especially live. I can only say that I am humbled that God has put such great musicians around me. Andrew Prickett, Herb Grimaud Jr, Daniel Coalman Ponce and Melissa Barnett are really excellent players, who really want the songs to be as good as they can be. As for the vision being honed or changing, I don't think that it ever has really changed. We have always desired to make music that would touch God's heart, and that would also touch the hearts and lives of the men and women who listen to it and participate in it. My conviction as a songwriter has been to write about the experiences God brings me through, and the experiences of those people around me, I have learned a lot from theologians like Francis Schaeffer, (Art And The Bible) and Francis Schaeffer Jr (Addicted To Mediocrity), and I strive to write about the fullness of life's experiences, including faith, worship of God, love and loss, hope and joy, laughter and sorrow.
As for our early days, we started out playing mostly in nightclubs, figuring that we never wanted to be a "youth group" entertainment type of band. Our music was deeper, for those seeking and for those questioning, and for the weak and the broken, and so we went to the clubs. We initially went to record a demo tape at the Vineyard studios, which is where our bass player attended church. The sessions went well and the Vineyard wanted to release those recordings to the public through their distribution channels. We had never really attended that particular denomination for church.
We learned a lot of great things from being involved with the Vineyard. I think that God uses all of us and the Vineyard is a controversial movement, but God uses the weak. I am definitely one of the weak. We had the great privilege of ministering to many within the church, our pastors really supported us being musicians and artists and many of them came to the clubs and universities to show their support. Initially the Vineyard Music Group seemed to embrace our vision, but we had to part ways when the pastors who were originally with us moved on to Tom Stipe's Crossroads Church of Denver. It was at that point where the band went through a tremendous growth and sorrow. Some of the new pastors that came around us at the time really wanted the band to become something for them, rather than what God had for us. It is very difficult for people in music ministry who are doing their best to follow their leaders, when their leaders are constantly changing directions of their church. Then, you as musicians are expected to abandon what God has called you to, for the sake of their church or movement. For me, I have not been able to be that way. I have made many bad choices along the way and some good ones too. It began to seem like things were more political than vision-based and it became hurtful to us.
I can remember talking with John Wimber, explaining to him why we would be leaving the Vineyard Music Group to join Bluestone and Tom Stipe's record label. John was very gracious to us, and told me, "Well, Michael, your vision has not changed since you came here, why would you want to leave?" I explained to him that the Vineyard Music Group's vision had changed, and no longer lined up with ours. He agreed and we parted on seemingly good terms, until we caught wind of a letter that had been sent out to all Vineyard Churches claiming that the Vineyard had parted ways with us because we were "drunkards", among other things. I cannot tell you the amount of hurt that was put on our hearts from someone at their church doing that. It can be devastating to individuals when rumors are spread on that kind of level. For us at the time it was tremendously hurtful, to have people that you loved, trusted and respected turn on you. There are still some people today who treat us poorly, because of rumors or stories. I believe it is important for all of us as Christians to let love cover a multitude of sins. Since that time many Vineyard pastors and leaders have apologised to us, and shown great grace and mercy towards us. Ultimately, Jesus has stood by us through the good and the bad, and brought a tremendous amount of healing and restoration to us. At the end, sometimes it seems that I have been given a fish. And to some people it is a smelly, stinky, sort of slimy fish. But, it is a fish nonetheless. And all I can do with my fish is offer it to God. And if he would use my fish to feed even one person or 5,000 people, then I am grateful. For each of us it is like this, we each have a gift. A piece of bread, a fish, a gift of giving, a gift of music, a gift of fatherhood, or of being a faithful friend. God can use each of us, despite our weakness. All of the great men and women of the Bible I believe are men and women who were used not because of how "good" they were, but rather because they were weak and sinful and needed God's grace and mercy for anything useful to come of their lives. I look at the seasons of my life the same way, and I am sure that my brothers and sisters in any denomination also do the same.

Michael: Well, I thank you for the compliment. We have always tried to make music that is "real". I really have hoped that artists would grow within worship music. I still feel that there is a long way to go. There are a few that are really gifted and those are the ones who are not relying on gimmicks. I have enjoyed watching Delirious? grow as artists and worshipers. I enjoy Kate Miner's music. I also am really touched by some of Matt Redman's songs.
I do hope to see the Church grow musically and artistically. The only danger is when people are doing things that are contrived. I heard one record where they are doing one song country, and the next doing (in their own words) a "nine-inch nails" style worship song. The danger is that they are trying to be something they are not. But it is a tendency that many artists fall into. It is important to do what is in you, and not say, "Oh, I want to write a punk song," or "Let's do a new wave song!" or "I really like the Spice Girls, so let's do a Spice Girls-style worship CD." The problem in our day and age is that the Christian musicians and artists have become followers. Our goal needs to be to worship Jesus in the art forms or musical styles that flow naturally out of us. Then, hopefully we could be innovators and leaders and not followers. I too struggle with this issue and am trying to grow as an artist, a musician and as a lyricist.