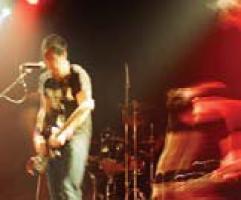 Any historian doing a detailed study on the evolution of the rock worship/modern worship phenomenon would undoubtedly go back to California and 1991. For that was the year that The Violet Burning first emerged from John Wimber's famed Vineyard church in Anaheim, California, and demonstrated with a stunning album debut and even more powerful live performances that you could be worshipful in heart and boldly evangelistic while still playing full-on rock music. As so often happens with pioneers, widescale acceptance for The Violet Burning didn't happen. A fallout with the Vineyard church, numerous personnel changes and an unsuccessful pitch at the mainstream all followed. Yet against all the odds The Violet Burning have kept going and as anyone who's heard the band's 2000 worship-orientated album 'I Am A Stranger In This Place' will tell you, the band have lost none of their power and passion and in founder member Michael J Pritzl they still possess one of the most powerful communicators in rock circles, Christian or mainstream. It's particularly appropriate that The Violet Burning are playing the Greenbelt Festival this year. For it was at the 199? Greenbelt that the band first demonstrated to us Brits that you didn't have to be a Kendrick-style strummer to be a sold out worshipper of Jesus.

Says Michael, "This whole explosion of worship music marketing is fine but when I go on stage I go there before God not just the people - he's part of the audience. If I offer God my sounds and songs and my broken voice then that's what I offer him. Whether it's the Salvation Army hall or the Garage in London or a festival in Germany, it doesn't matter. He's part of the audience - in the pub next door or in my room playing on my Rhodes piano. For me music is spiritual and powerful, it's the place I meet with God. You don't really remember your 10 favourite sermons but you remember you're 10 favourite songs."

Michael views the music industry with a certain scepticism. "I don't think we are that involved in the industry - we are involved in as much as we make records - buying and selling CDs. But we've never been a big mass marketed band - like The Violet Burning the next big thing - we've always had a view that the music belongs to the people. If we have any popularity it's because people like our music and word of mouth spreads. So we're not forced on anyone - we've always been on independent labels. I've always felt that the band belongs to the people. As to the state of the industry - our record label and all the people who help us out are independent. Independent rock 'n' roll."

Michael is encouraged with the critical acclaim that the 'Faith And Devotions Of A Satellite Heart' and 'I Am A Stranger In This Place' have received. "The response has been solid and people who've never heard the band are like, 'Great, I can't believe I've never heard of The Violet Burning before.' We are at a point where we are starting to reach a new age group whereas in the past, having been making records for 13 years - it's been 25 to 35 year olds who know our stuff and now we're reaching ages 13 thru' 18. It's great there's a whole new age group that likes our music." 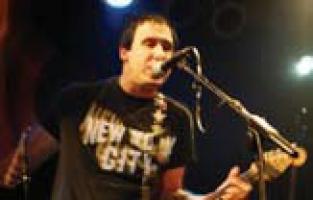 Michael has some interesting views about American politics and the way that people's perspective is being profoundly affected by a biased media. "The media is more and more controlled by a few people like Ted Turner and Rupert Murdoch and they broadcast a certain view. It's easy to stand on the side lines and call 'no blood for oil.' It's far more complex than that and I don't expect our leaders to divulge all their intelligence service information publicly. There's more than two sides to every story. There has to be a level of trust and in the end there'll be judgment. There's an interesting book I've read called Slander, written by a lawyer who's interested in the facts about what's been broadcast. She documents where the likes of CNN and New York Times, LA Times, BBC news have essentially lied to the people - digging out the truth. So having read that book - it will colour your view when you next read the newspaper. Like, the LA Times is owned by the company that owns the Chicago Tribune and the Chicago Cubs baseball team - so much owned by so few companies."