Tim Hughes: Artist Output - The worship leader talks about his releases so far

In a new series well known artists run through their albums and books. Kicking off Artist Output is London-based worship leader TIM HUGHES 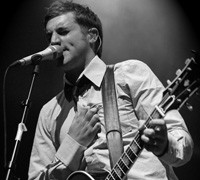 When in 1999 Kingsway Music released the debut recording by a young Tim Hughes, a dual artist project 'Reward' with Martyn Layzell few would have predicted that some of Tim's worship songs were to become well known anthems for the international Church. Cross Rhythms asked the singer/songwriter to contribute a few thoughts about his output so far. Here's what he said. 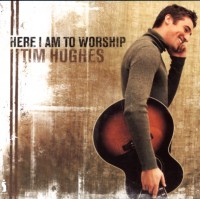 Here I Am To Worship album, 2001
I will always have fond memories of recording 'Here I Am To Worship'. It was such an exciting time. I was fresh out of Sheffield University and suddenly found myself in Nashville recording an album with Jason Halbert and Dwayne Larring. They had been involved with SonicFlood and were buzzing with creativity, producing some of the freshest sounding music. It was a massive learning experience being around them and watching how they operated. One of the highlights was recording the song 'Here I Am To Worship'. It had been humbling to see this song connect with different people around the world and to finally hear on CD a recorded version was a great moment. We ended up recording the vocal in Watford at the Soul Survivor Warehouse. Jason and Dwayne had flown in with their computers and mics. In the corner of one of the offices we set everything up and for a couple of hours I sang my heart out. Quite surreal looking back now! Another memorable moment was heading over with Jason and Dwayne to record the bass on a couple of tracks with Otto Price. Otto was the bass player from dc Talk and was unbelievable. He'd listen to half of the song with absolutely no music in front of him. Then he'd say, 'Great let's press record.' In pretty much one take he'd put down the most amazing bass track. I couldn't believe it - it felt like cheating. He was so good. 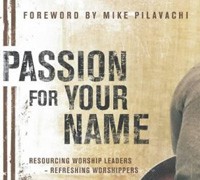 Passion For Your Name book, 2004
This was written with a heart to train and equip worship leaders and musicians. I wanted it to be a really practical resource on everything from choosing set lists, writing songs, leading a band and leading worship. It was fun to write. Note: the book was published in the US under the title Here I Am To Worship. 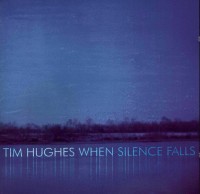 When Silence Falls album, 2004
This was the first project I worked on with Nathan Nockells (Passion, Matt Redman, Chris Tomlin). Again it was recorded in Nashville over two sessions. We wanted to aim for an organic sounding record - basically get a band in a room and tape it. For me this collection of songs were the most honest and deep songs I'd written to date. There was a sense of exploring the mystery of God and joining together worship and lament. At the time I was aware of the pain of life for many and the lack of songs in the Church to enable people to worship God in the midst of suffering. I was really pleased with the beauty and honesty of this recording. It was a real privilege to work with Nathan on this. At the time of recording this, Soul Survivor was gearing up for Soul In The City, 2004, with thousands of young people descending on London to serve the city through acts of kindness - painting houses, picking up litter, running kids clubs, sports programmes, evangelistic outreaches, prayer walks, etc. One of the songs we had just recorded was 'Whole World In His Hands'. There was an amazing moment at the end of Soul In The City when 15,000 people gathered in Trafalgar Square in the heart of London to worship God. Leading worship on that gloriously sunny day with everyone screaming out 'He's got the whole world in his hands' was one of the most amazing moments. Seeing the recorded songs take life in a live worship experience is what I'm most passionate about. 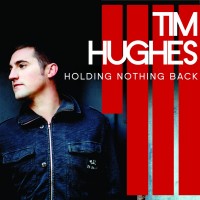 Holding Nothing Back album, 2007
I had three buzzwords that I wanted us to capture in every aspect of the album - from the songs to the arrangements, from the artwork to the mix. It had to be EDGY, EPIC and EMOTIVE. It was great to have this vision in mind in all that we did. The first session was recording in Hereford with Nathan Nockells producing. It was a really special few days. One moment that sticks out was recording 'God Of Justice'. At one point there's an instrumental section with a huge guitar solo. Everything was ready and we all sat in the control room as Stu G recorded the solo. As he began to play his guitar straight away you could sense something special was happening. It was a spine-tingling moment. As he came out he mentioned that his Dad had been suffering with cancer and that as he played his guitar he was able to worship and cry out to God. For me that section is a highlight on the album - such passion and emotion. It reminded me of the power of music to express those things that are beyond words. The second session was recorded in Los Angeles with Matt Bronleewe (Natalie Imbruglia, Michael W Smith, Leeland). Seeing him in action is quite something - he has a huge amount of energy and ideas. There was a funny moment when I was chatting to the guy who played guitar on this session, Lyle Workman. He was sharing a story about playing for a singer who was asking him to play with a massive Marshall stack. I politely inquired who the singer was only to find out it was Sting! 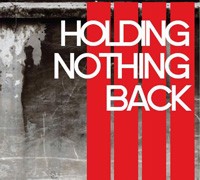 Holding Nothing Back book, 2007
Having spent a two-month sabbatical in Australia I'd been struck by the beauty of creation and the way we see God's glory displayed in it. Out of this and the Scriptures, I sought to write this devotional book, looking at the character and nature of God. 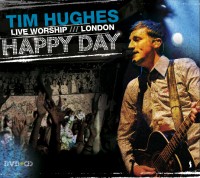 Happy Day CD/DVD, 2009
I've been involved in the past with live albums as part of Soul Survivor, but recording this at London's Shepherds Bush Empire was so exciting. There was a lot to think about on the night - recording a live CD and DVD, as well as having a great 'Worship Central' night for the 2,000 delegates that came. It was a fantastic time of worship and great to see that prestigious venue full of people worshipping God. Looking back what stood out was the hard work we put into the event. We recorded 12 songs and spent five full days working on arrangements, learning our parts and working on the transitions of songs. By the end we knew the songs backwards and it really paid off. It has inspired me to work harder with the bands I'm involved in. God deserves the best and the best involves hard work! One of my favourite songs on the album is 'Give Us Your Courage'. This was inspired by a sermon of Nicky Gumbel's where he looked at the battles and blessings of following Christ. There needs to be a sense of urgency in the Church today - to give all that we are to serve God throughout the world. To do this we need God's courage.

love the ablum holding nothing back and Tim Hughes is a legond and so kind.

Great article, may be I'll buy the holding nothing back book to have a read. As for the music I have most of the cds and they just great, I can't wait for his next installment.