Tina Campbell: From very public personal issues to a number one gospel hit 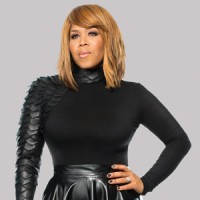 The fact that one half of Grammy Award winners Mary Mary, Tina Campbell has seen her debut solo album enter Billboard's Top Gospel Chart at number one is much more than another successful chapter in the glittering career of the R&B gospel singer. Knowingly called 'It's Personal' the album is in many ways a testament of a singer overcoming the traumas brought on by the very public difficulties the singer has experienced in her marriage to gospel drummer Teddy Campbell. Critics of Ms Campbell have suggested that some of the anguish felt by the singer was brought on by herself when she and sister Erica agreed to participate in the Mary Mary reality TV series.

It was in the third series of Mary Mary, made by WE TV in 2013, that a confrontation between Tina and her husband shocked viewers and has been called by soultracks.com "one of the most explosive exchanges in the history of reality television." In the episode Teddy admitted to sexual sin with multiple partners to which Tina responded, "I've found out about more and I don't want to hold onto somebody who I cannot trust... I have been trying, since the very beginning, and you gon' keep adding people? You gon' keep adding people? I thought we had a good life just like everybody else watching! I thought we was the ideal relationship just like everybody else, and I got to find out in front of the whole Goddang world that all of my life was a lie? And you want me to quote Scriptures right now? I've never kissed another man, I never went out with another man, I never cheated in my head... I'm angry!"

The exchange shot Tina and Teddy into the mass media eye and in a subsequent interview with black America's best-selling magazine Ebony things got worse with the singer exploding, "I wanted to kill my husband," confessing that she tried to stab him. This painful example of a private life gone very public shocked the whole Christian community and the African American church. But a subsequent interview with CNikki indicated that she was in part responsible for the sad breakdown of her marriage. She said, "I assume full responsibility for the issues that I contributed to the relationship. I was controlling, talked too much and you could never be heard over me because when I wanna talk, I got the floor and ain't nobody gonna get it from me until I give it up." In a subsequent communication she wrote, "I'm actually writing you on behalf of my husband Teddy and I. I'm assuming that many of you have seen or heard about our article in Ebony that discussed the challenges of overcoming infidelity in our marriage. Well since the article, the challenges have worsened. My hope turned into hopelessness and despair and I became unwilling to forgive and fight, until God showed me myself.

"My husband's struggle, was with sexual immorality BUT I have struggled with anger, rage, unforgiveness, pride, just to name a few, for over two decades. The Devil wanted to use strongholds that took hold of our lives in our childhood, to remain and destroy us as adults. So now instead of being mad at each other we're mad at the Devil and we're ready to fight. Today we began a 30 day fast (May 24th-June 22nd) for complete deliverance and restoration. If you are able to, please fast and/or pray daily that God would answer our prayers and give us a deeper love and commitment to him and to each other. We believe he still works miracles and he can give us the greatest marriage we could have ever imagined. We can pray alone BUT your prayers will certainly help." 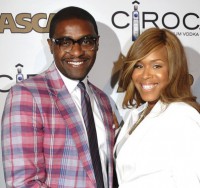 In February this year sister Erica spoke about a book Tina was writing. "It chronicles the prayers she wrote and how she found herself, found the new her in the Bible. You grow up in church but you look at it through different eyes when you go through. And she has written a book that will be amazing, I'm sure it will encourage women."

Judging from the myriad of testimonials that Tina's I Need A Day To Pray (published in May) has so far produced, it is indeed a book encouraging many women. The original plan was to publish the book at the time of the release of 'It's Personal' but Tina, as an independent artist, had to delay the release of her eagerly anticipated album. Writing on Instagram Tiny spoke about her album's delay. "I suppose I'm learning about all the unexpected twists and turns of being independent, all while everyone, including me, watches and waits. I wish I had answers for exactly when my CD will be available, but the truth is, I'm waiting and expecting just like all the fans. When you've done all you can, you just rest in God's plan."

When 'It's Personal' was finally released the response from fans and critics alike was immediate. Wrote Timothy Yap on Hallels.com, "What we have is a stellar gospel record where Jesus is the main star and she sings about her Lord without hemming and hawing. What's even more pleasing is that Campbell has not tried to sound like the hippest hip-hop artist out there. Rather, sticking to what she does best, this is a solid gospel release where Campbell delves into some worshipful smooth R&B ballads as well as some foot-stomping Heaven knocking moments, thanks in part to Joel Osteen's Lakewood Church choir. Rather than donning the assertive self-empowering persona of so many TV celebrities, Campbell begins with a humble prayer of self-surrender as she belts out with pristine honesty: 'My circumstance is urgent, I'm in a real bad space...and I don't know what to do, so here I am Jesus and I sure need you.'"

A review on Soultracks.com stated, "Out of the 12 tracks, the three collaborations with her brother-in-law, Warren Campbell, are the best, from the elegant yet vulnerable testimonial 'Holy Spirit' to the tropical feel and sway of 'Woh Oh Oh' (which includes the Campbell children helping Mommy delightfully spread joy in the chorus). 'Speak The Word', a duet with her husband Teddy, is a midtempo throwback to traditional tambourine-bouncing and organ/horn-driven hymns; and then there's 'Love Love Love', an upbeat and inspirational ditty featuring the legendary Stevie Wonder that gushes with the passion of a newly-discovered gratitude for God (or maybe in her case, renewed): 'I thought it was too good to be true, it is, better than anything I've known,' Tina emotes over Stevie's trademark harmonica flourish, 'when Heaven opens and sends you its kisses so pure, and you're sure, that it's love, love, love..."

'It's Personal' closes with Campbell literally praying over a piano backing on "The Prayer". Commented Timothy Yap, "Such ventilation of her soul's desires onto Jesus and her closely knitted harmonies with her family members, certainly give gravitas to the album titular 'It's Personal'. And at the end of the day, this is the greatest appeal of this record: it's a collection of songs that challenge us to get personal with Jesus."