Tyler Michael Smith: A film music man with a famous dad Coming To The Garden 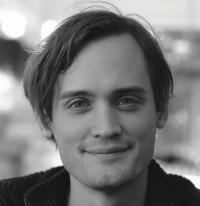 Tyler Michael Smith is a Tennessee-based film music composer and pianist with a famous father (Michael W Smith) whose latest batch of compositions will soon be heard as part of a jaw-dropping high-tech stage presentation conceived by best-selling author Jennifer Wilder Morgan. Come To The Garden-On Stage! tells the fantasy-like tale of Jenn who is guided by a humorous guardian angel (whose voice over is rendered by bestselling Christian comedienne Chonda Pierce), portrayed by an animated character, one of several in the presentation. Others who have contributed voice overs to Come To The Garden-On Stage! are Emmy-winning Kathie Lee Gifford and Academy Award-winning actor Louis Gossett Jr. Fathom Events and Eakin Films are bringing the stage production, with the animated characters, to selected cinemas across the USA on 3rd May.

I spoke to Tyler about his involvement in the project. "I began writing music for Come To The Garden several months ago. It's been a privilege to be involved in such a creatively pioneering project and the technology involved is absolutely stunning and really brings out all the drama of Jennifer's story."

Tyler was born and raised in Franklin, Tennessee and was obviously influenced by his singer/songwriter/pianist father. By the age of five Tyler was learning to play the piano and as a teenager he was already composing music in Michael's home studio. The young man went on to compose music for commercials, short films, a documentary and two feature films, one of which, After, was released into US Cinemas in 2012 and birthed an original soundtrack album. That OST project is still available on iTunes but is listed with singles and EPs by two other Tyler Smiths! So for Come To The Garden-On Stage! and all subsequent work, Tyler Smith has begun using his middle name (not dissimilar to his dad using the 'W' of Whitaker for Michael W Smith). 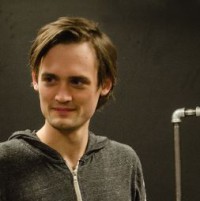 I asked Tyler how his Christian faith affected his music. "I try not to put my work and my Christianity into different boxes. My faith is hugely important to me - in fact I often lead worship at my church. But I've never felt led to enter Christian music ministry. However, my faith does have an effect on my film work. In fact I've turned down a couple of offers to compose for films because I wasn't happy about some of the films' content."

I asked this gifted father of two how he made a living when he didn't have a commission to compose for a film. "Well, I'm a piano player and occasionally I might go out on the road with somebody. I toured with 4Him. . . Remember them? And I've been on the road with my dad." But surely, I responded, Michael was a piano player. "Yes he is," responded Tyler. "But I played piano when he wanted to jump around a bit on stage."

Tickets for COME TO THE GARDEN - ON STAGE! are available for purchase by visiting www.FathomEvents.com