Young At Heart: A report on three independent children's ministries 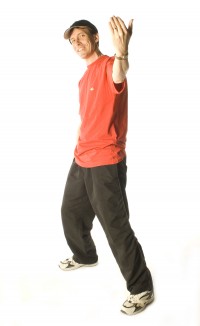 A former social worker, Steve Bradshaw is now a full time church worker and the chair of Brixton 2000, a charity which helps local churches evangelise. As I chatted with Steve I discovered he has a rather unusual testimony. He became a Christian in 1982, after reading a Merlin Carothers book, Power In Praise, in a laundrette! He warns, "You can't be too careful, it can happen anywhere." Steve grew up with a real love of music and started songwriting while he was at school. After becoming a Christian he put his music on one side for a while, but began writing again when he got involved in leading worship at his church. As a full time church worker, school assemblies were inevitably part of his job description. Therefore the songwriting naturally progressed into putting Bible stories to music for use in school, as can be found on the album 'Just Like You'.

Moving from London to Bradford, we find John Froud, who is involved in a similar ministry. John grew up in and around Yorkshire. He became a teacher and taught at a secondary school in Bradford for 20 years. However, he left all that behind him four years ago to pursue a long-term dream. As a teacher, John had headed up a small Christian band which often went out to other schools in the area and John would get asked if he would come back and take assembly. His teaching commitments meant he was unable to, but the experience made him very aware that there was such a great need for this in the schools in his area. The Zephaniah Trust was set up to help support John in his ministry in schools and with his band John Froud And The PKs. He now travels around the area taking assemblies and doing concerts and praise parties. John recalls the reaction and relief among local schools to have someone willing to come in to take assembly, "The first school I went to, the Head showed me into his office, put a cup of coffee in my hand and said 'How soon can you come'?" John has just released an album called 'Hair Today'.

Around Halesowen, John Hardwick has found an equal need in the local schools. John works in association with Children Worldwide and the Saltmine Trust but the heart for children's work is something of a family tradition. His parents are evangelists and from an early age John was involved in beach missions and children's clubs. For the last 40 years his parents have run a children's club at their church in Halesowen. John's dad is now 70 years old and the club is still thriving. It just goes to show "there is no age limit to kids' work, as long as you have a heart for it." However John did not follow directly in his parents' footsteps. On leaving school he trained as a surveyor and worked in construction, eventually reaching the advantageous position of self-employment. Being his own boss, John had the time to help his sister who was taking school assemblies. He began to go in once a week and saw the tremendous opportunity available to reach children in this way - "there's no other way to reach so many kids." In fact, recently in one week's full time schools work John was able to speak to 3,000 children. John's latest children's album is called 'Double Impact', featuring some great action songs on one side and 10 seasonal songs on the other.

The heart and vision for schools work shared by these three men seems to be evidence of a new interest and involvement in children's ministry. The requirement for schools to have a public act of worship is an opportunity that many schools have failed to recognize. John Froud writes, "Many schools are obliged to conduct acts of worship to a God unknown to many or most of the staff. Better by far, is worship led by a Christian. There is an expectation that clergy will lead worship in schools. (It's what they do), and (it is also expected), that they will live up to their stereotype. Christian music is expected to be Victorian, out of date and serious." 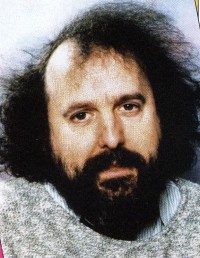 John Hardwick agrees on the need to challenge the expectation that assemblies are boring. As many children's' first contact with Christianity, an assembly needs to present a positive message. "If you can get them while they're young.if we can go in and show that we're alive with a message that's valuable and important, then the kids will remember that right through their lives.

The ways that they choose to do this are as varied as the people involved. John Froud has his band, the PKs, all made up of teenagers who, like John, grew up under the title of 'PK', Preacher's Kids. With issue-based songs, the band helps to communicate the Christian message in secondary schools. For Steve Bradshaw and John Hardwick, their songs help in the work with primary aged children. John taught himself to juggle as a child and clowning and puppetry are all ways he uses to reach young children.

I asked if they had any advice for anyone wanting to take up the challenge of schools' work. John Hardwick pointed to practical things like being on time, don't take the mickv out of staff members and underlined the importance of receiving training from organisations like Scripture Union or Saltmine. John Frond's advice was to be real,: "You're going in as a Christian, be yourself. the kids respond to people being honest and true to themselves.

What these three do have in common is the love of music and songwriting which has become a natural way for them to communicate to the children. The majority of children's albums are compiled of praise and worship songs, but working with non-churched children, all three tend to write songs that teach from a biblical perspective. John Hardwick explained, "Most songwriters write praise and worship songs, whereas I believe in the power to teach". He points out that none of us ever forget the nursery rhymes we learn as a child; how much better to teach children songs with messages that will benefit them for their whole lives. When I write a song I don't try to write a kids song. I just try to write a simple song, 'cos if you set out to write for a child it can be very patronising; whereas if you just keep it simple, parents enjoy it as much as the kids." 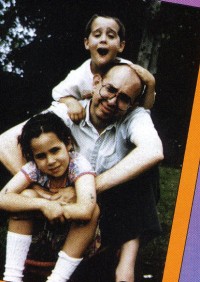 Steve Bradshaw highlighted the accessibility of the gospel message. "The gospel is simple. The theology behind it may be hard to grasp but the message is simple - God loves us, through Jesus we can love God and be with him for ever. Simple." It certainly seems to offer plenty of scope for songwriters.

So why did they feel the need to release an album of their songs? For Steve Bradshaw, although this is not his first recording (he has recorded three very simple albums while at Ichthus) it is what he calls his 'first proper album'. Steve has been able to do this simply because someone donated the money for it and he was able to team up with Gloryhouse, a gospel group who also run a small recording studio in Brixton. The album was recorded in the evenings and for Gloryhouse working on a children's album was something completely different but very enjoyable. "They enjoyed it, liked it and still like it."

For John Froud, the opportunity to record an album was also quite a surprise. "Someone in our church had come into money via the Halifax and asked if we wanted a loan to make a recording." John was often getting asked for tapes at concerts and so he jumped at the opportunity.

Of the three, when it comes to children's albums, John Jardwick is perhaps the best known. His other children's album, 'I'm No Cartoon' was very popular and he even had some parents writing for a second tape when their existing one was worn out through so much playing. A prolific songwriter, with about 100 children's songs to date, John decided it was time to do it again. This time he teamed up with the Saltmine band Audacity.

Sadly, none of these albums have been picked up by the Christian publishers, and all three are distributing the albums themselves. John Hardwick sums up the feelings of all three of them: "I wish 1 could get a more major publisher interested. I receive so many letters which are so positive about the songs." However, it won't stop them continuing to write songs. In fact, John Froud is already planning to record a second album in the summer. I look forward to the results!

The opinions expressed in this article are not necessarily those held by Cross Rhythms. Any expressed views were accurate at the time of publishing but may or may not reflect the views of the individuals concerned at a later date.
About Jill Crocker
Jill Crocker is a radio presenter for UCB Europe and the latest member of the ever growing Cross Rhythms team.