A Bit Of Rain 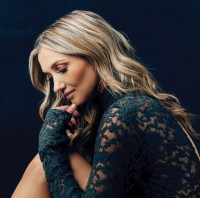 NASHVILLE-based country singer/songwriter Sarah Darling has released a single, "A Little Bit Of Rain". It is from her fifth studio album 'Wonderland', due for release on 7th June, and is a song written with Jenn Bostic and Michael Logen. Sarah describes the lyrics as "My country cautionary tale. This is the type of song that makes me so drawn to what country music represents. It's so honest and true. This is what could be if something got a little too out of control and has so many life lessons run through it." Sarah's forthcoming UK dates include the FSA Festival in Nottingham on 13th July, the Cambridge Folk Festival on 4th August and the British Country Music Festival in Blackpool on 13th September.